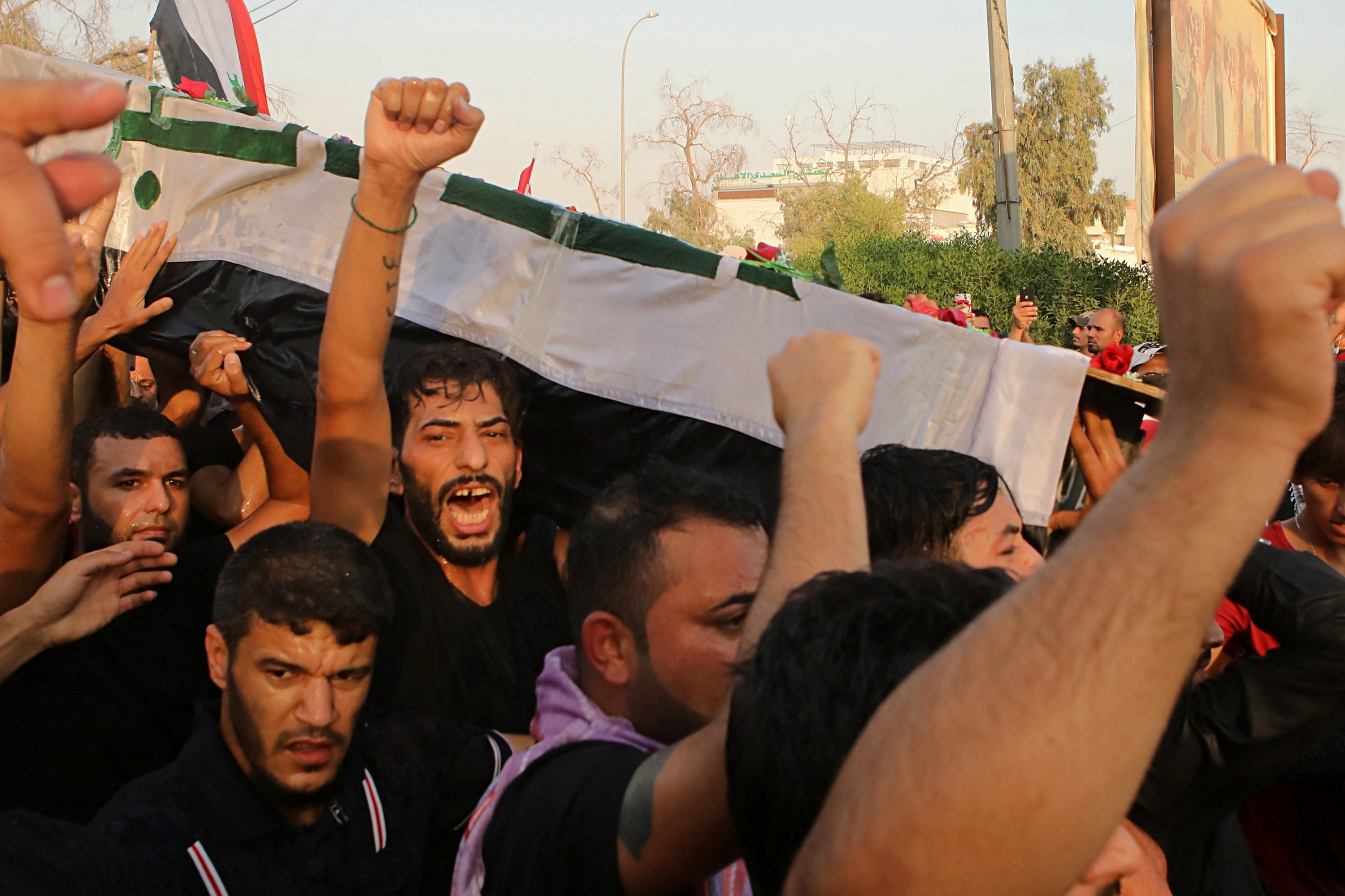 BASRA, Iraq — The brackish water pouring from the taps of homes in Basra has caused stomach ailments and skin rashes for thousands in the southern Iraqi city once famous for its network of freshwater canals that gave it the nickname the “Venice of the East.”

The contaminated water, along with other failing city services and soaring unemployment in Basra, has fueled violent unrest since July in Iraq’s oil-exporting capital.

During a week of demonstrations, protesters set fire to government buildings and offices of Iranian-backed militias that they blame for mismanagement and profiteering while residents struggle with poverty.

“We have a treasure trove of oil beneath our feet, so how is it possible we don’t have drinking water?” said Zein al-Abedein Abdullah, a 19-year-old being treated at the overcrowded Sadr Hospital after the simple act of brushing his teeth with tap water at home.

The violence in Basra is threatening to spread to other cities in Iraq’s southern Shiite heartland and the capital of Baghdad, where lawmakers are locked in a political struggle over who should be the next prime minister, with Iran and the United States each supporting rival factions.

There are concerns that sustained violence could also disrupt oil production in Basra, home to 70 percent of Iraq’s petroleum reserves, and at the country’s main seaport of Umm Qasr on the Persian Gulf. That could lead to renewed chaos just as Iraq is emerging from a long and bloody fight against the Islamic State group.

At least 15 people were killed and 249 injured in clashes between protesters and security forces in Basra so far this week, health officials say.

Embattled Prime Minister Haidar al-Abadi, who has ordered an investigation into the violence, visited the city Monday, triggering renewed protests following a one-night hiatus. Hundreds of protesters gathered in a central square, chanting anti-government slogans, with some calling on him to leave. Their key demands have not been addressed, and it will be an enormous challenge for the government to turn around services that are in a state of disrepair after years of neglect.

At a minimum, it will take five weeks to bring potable water to central Basra, said Gov. Asaad al-Aidani on Sunday.

A combination of natural and manmade factors has created the crisis, shrinking the network of waterways that made Basra the “Venice of the East,” and also diminishing the Tigris and Euphrates rivers, which nourished civilizations since antiquity and made Iraq known as the “Land Between the Two Rivers.”

Streams and canals have become clogged with trash from dumping. A drop in seasonal rainfall, the use of upstream dams in Turkey, Syria and Iran, and a general crumbling of the country’s infrastructure all have contributed to the acute lack of fresh water.

A salty tide from the Persian Gulf has advanced into the marshlands north from the Shatt al-Arab waterway — the confluence of the Tigris and the Euphrates rivers that Basra depends on — and seeped into once-lush farmland.

“How is it that we have to beg for water, and we have two rivers in the city?” said Khaldoun. “This is corruption,” he said.

The tap water is now so salty and polluted it cannot be used for cooking or washing, much less drinking, and health officials said around 35,000 people have been hospitalized for stomach illnesses in recent months. The Sadr Hospital said its emergency room was receiving 600 cases of stomach distress each day.

“This water isn’t even fit enough for cleaning,” said Khaldoun Faysal, 48, who rushed his wife to the hospital last week after she became violently ill from the water.

At the Faysal’s home, which Khaldoun shares with the family of his 44-year-old brother Zaydoun to save money, the taps are crusty with the salt deposits from running briny water.

Zaydoun is being treated for a rash on his arms and torso after he showered with the water. Now, he bathes his children, ages 7 and 5, in water he buys from private brokers, stretching the family’s already-tight budget.

“It’s a struggle with the children because they keep trying to open the faucets to wash,” he said.

Nearly every household in Basra can point to a relative who has required hospital treatment in recent months. Residents suffer regular electricity shortages and unemployment particularly among young people is high.

And tension is brewing between residents and the militias and security forces sent to pacify the city.

“There is no equivalence between the demonstrators, who are waving the Iraqi flag, and the security forces, who are waving guns,” said Duhaa Mayaa, a 42-year-old woman who has started treating wounded protesters with first-aid kits she bought for herself and her two children.

Mayaa learned from a pharmacist to treat tear gas exposure with a wash of Pepsi, or with a mixture of clean water and bread yeast.

“The protesters are defending my rights, so I am contributing by treating their injuries,” she said.

After protests flared in July, officials promised to hire thousands of municipal employees, but the announcement only mollified Basra for a month, until the unrest started again this week.

“Basra is my second mother,” Mayaa said. “How come we can’t live happily, with water and electricity, like the rest of the world?”