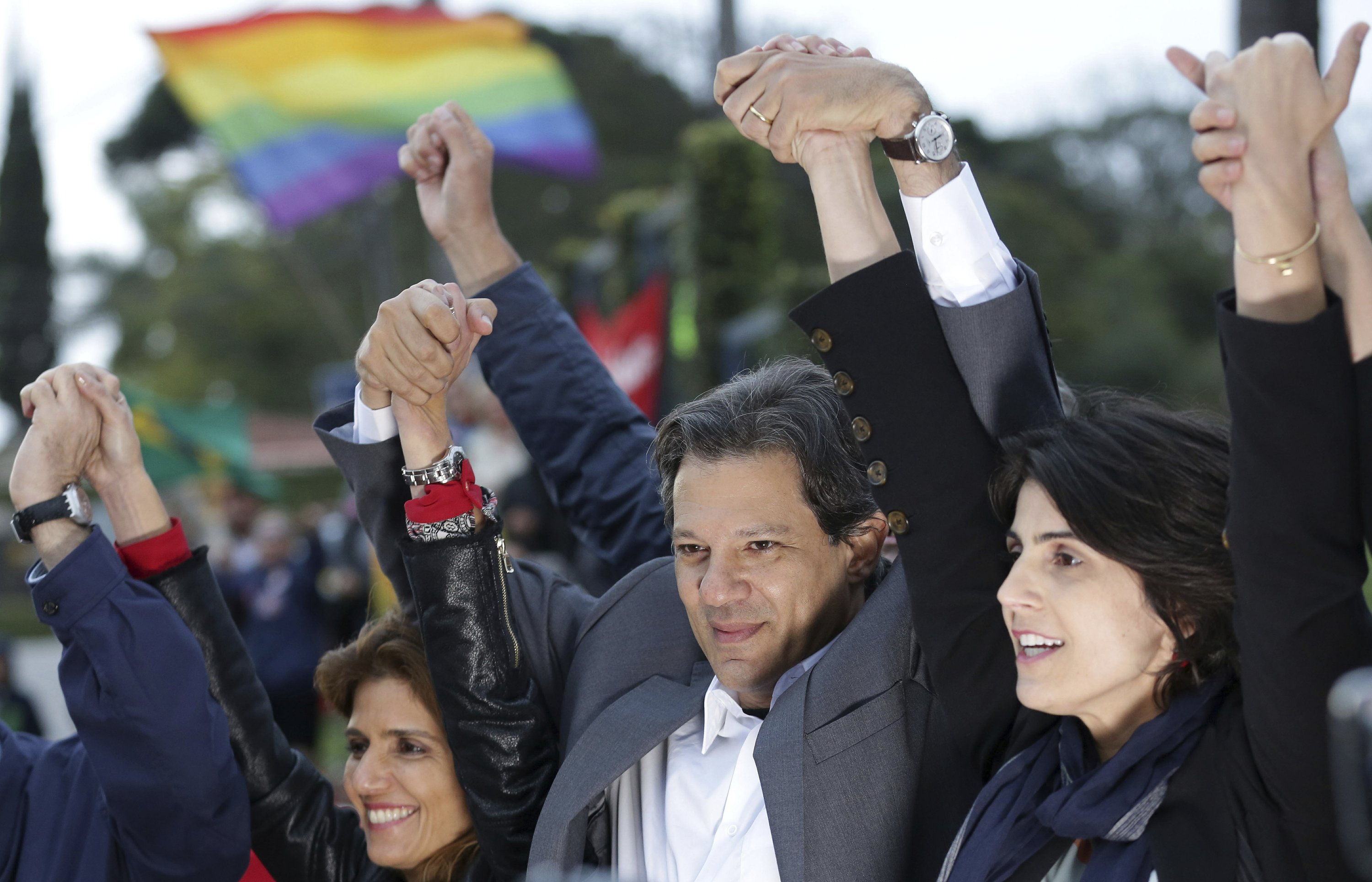 RIO DE JANEIRO — In a letter from his jail cell, former Brazilian President Luiz Inacio Lula da Silva called on tens of millions of supporters to vote for the man he named to lead his Workers’ Party ticket in October’s presidential election.

“I want everyone who would vote for me to vote for Fernando Haddad for president of Brazil,” da Silva, who Brazilians universally call Lula, said on Tuesday, the deadline for the party to pick another candidate after da Silva’s candidacy was barred. “From now on he will be Lula for millions of Brazilians.”

While long anticipated, the formal designation of Haddad both settled one question and launched another: Will da Silva’s supporters actually listen?

The two men are close in their political views and said to be friends, but for many voters in Latin America’s largest nation they are also very different.

While da Silva is easily the country’s most recognizable politician after being president between 2003 and 2010, Haddad is largely unknown outside of Sao Paulo, where he was governor four years, a liability in a nation slightly larger than the continental U.S. While da Silva is charismatic and has an every-man touch, Haddad is a political science professor turned education minister who comes off as professorial. He also got trounced in his re-election bid as mayor in 2016, raising questions about how well he is at winning over voters.

Haddad, 55, also only begins his campaign in earnest on Wednesday, less than four weeks before voters go to the polls.

Carlos Melo, a political science professor at Insper university, believes the strength of the party and da Silva’s endorsement will be enough to help Haddad get to a second round of voting. If no candidate gets more than 50 percent on Oct. 7, as expected, the top two finishers will meet in an Oct. 28 runoff.

“He was introduced as the candidate very late, we have to see if there is time for him to get all the votes he needs,” Melo said.

Before running for mayor in 2012, Haddad served as education minister under da Silva and his predecessor, President Dilma Rousseff.

He was confirmed as the replacement to da Silva on Tuesday after a meeting of his party’s executive committee in the southern city of Curitiba, where the former president is jailed for a corruption conviction. He will be joined on the ticket by Manuela D’Avila, a member of Brazil’s Communist Party.

Recent polls show Haddad with less than 10 percent of voter intentions, but the party hopes he will now rise with da Silva’s endorsement. The current poll leader is far-right congressman Jair Bolsonaro.

The poll had a margin of error of 2 percentage points. All the 2,804 voters sampled were interviewed on Monday, days after da Silva’s candidacy was barred by the electoral court and Bolsonaro was stabbed in an incident that might put him in hospital until election day.

The move to put Haddad on the top of the ticket was an acknowledgement that the left-leaning party could not get da Silva on the ballot despite numerous attempts in the courts.

One of the last appeals of the former president was denied by Brazil’s top court after Haddad was announced as his replacement.

Haddad met with da Silva after the decision, then delivered his first speech as the candidate in front the federal police building where da Silva is jailed.

“I feel the pain of many Brazilians who won’t be able to vote for who they want,” he said, standing next to D’Avila and other Workers’ Party heavyweights. “But now is not the time to have your head down.”

Da Silva is serving a 12-year sentence for trading favors with construction company Grupo OAS for the promise of a beachfront apartment. The former president has always denied wrongdoing, arguing this case and several others pending against him are meant to keep him off the ballot.

Da Silva led polls for more than a year, but his candidacy was recently barred by the country’s top electoral court.

The strategy of holding on to da Silva’s candidacy until the last minute caused much internal fighting within the party. Many believed that leaving Haddad so little time to present his case to voters was risky, while others thought it was best to keep da Silva front and center as long as possible.

Since the beginning of the year the Workers’ Party hinted Haddad could be the candidate. When he was named candidate for vice president in the middle of August the choice became obvious.

“Haddad and I are like Lionel Messi and Luis Suarez,” da Silva once said, referring to superstar teammates on FC Barcelona’s soccer club. “We play together and we don’t even need to look at each other to know what the other is doing.”