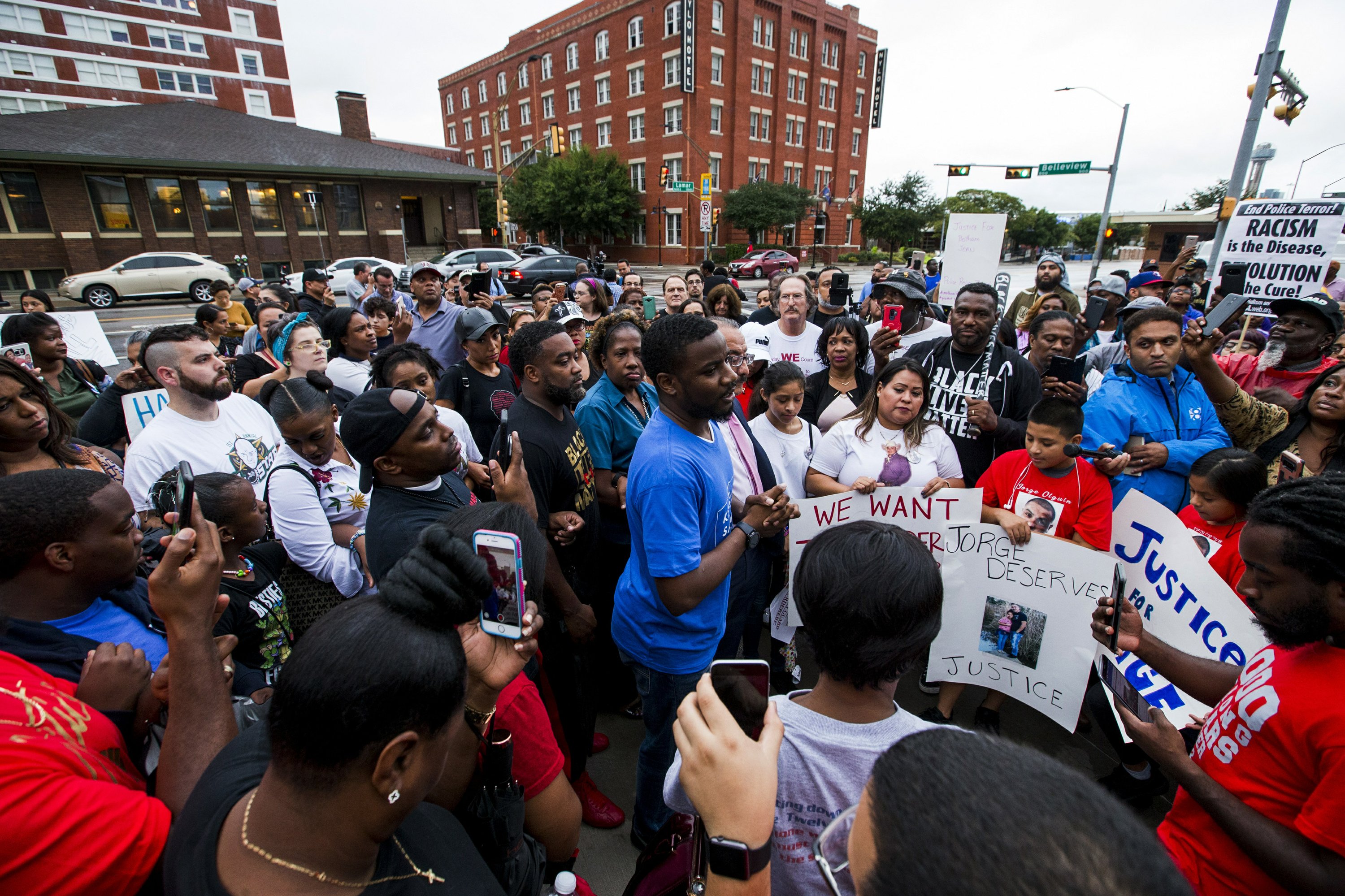 DALLAS — Dallas police swiftly admitted that a white officer who shot a black man in his own apartment last week had made a mistake. They expressed contrition, turned the case over to independent investigators and reached out to the victim’s family.

That proactive approach appeared to tamp down anger in the community in the first few days after the killing on Sept. 6. There have been protests but not large-scale unrest since the death of Botham Jean, a native of the Caribbean island of St. Lucia who went to a Christian university in Arkansas and worked in Dallas for accounting firm PwC.

The killing by officer Amber Guyger — who told officers she believed the victim’s apartment was her own— could have led to an “explosive situation” on the streets, said Frederick Haynes, pastor of a Baptist church in Dallas and vice president of the African-American Pastors Coalition.

Haynes praised the actions of Dallas Police Chief U. Renee Hall, who has been in her job only a year.

“She has gone out of her way to communicate not only to the family but also to community leaders,” he said, “and as a consequence that has helped keep calm.”

Killings of black men in recent years have prompted protests and sometimes violence in cities from Ferguson, Missouri, to Chicago and Baltimore. Police departments across the country have scrutinized how others have reacted to learn how to manage in such times of crisis.

University of Texas-Dallas criminologist and professor John Worrall said Dallas police officials have taken steps to keep their work and data open to the public.

“As big departments go throughout the country, I’ve been really surprised at how open they’ve been with their data,” Worrall said Tuesday.

The shooting of Jean happened about 10 p.m. Thursday. Within seven hours, police released a statement that the officer erred by entering Jean’s apartment. Hall then held a press conference early Friday afternoon during which she acknowledged that “there are more questions than we have answers,” but also said authorities were seeking to arrest Guyger for manslaughter. She said the officer’s blood was drawn at the scene to be tested for alcohol and drugs, and that the Texas Rangers would conduct an independent investigation. She added that she had spoken to Jean’s sister to express condolences to the family.

Police released Guyger’s name on Saturday after local media began reporting it, and she was charged with manslaughter Sunday. By Monday, four days after the shooting, Dallas County District Attorney Faith Johnson gathered at a news conference with members of Jean’s family. “My commitment is that there’s always going to be equal justice in this county,” Johnson told reporters. She said a grand jury would hear the case and could decide on more serious charges.

Mayor Mike Rawlings also quickly reached out to community leaders about the killing of Jean.

Not everyone is pleased with the response in Dallas. Lee Merritt, an attorney for the Jean family, said Guyger should have been arrested the night of the shooting and she should have left the apartment complex in handcuffs. Guyger was free until her arrest on Sunday. She posted bond and was released.

Alex Piquero, professor of criminology at the University of Texas at Dallas, said investigations can be a lengthy, laborious process that may not bring an immediate arrest.

“Whether they charge the person five minutes after it happened, five hours or five days, the outcome is still the same, the charge happened,” Piquero told The Associated Press.

The balance between police and the community is a delicate matter in Dallas, where five police officers were killed in 2016 by a gunman who was seeking revenge for police shootings elsewhere that killed or wounded black men. The shootings of the officers galvanized support for law enforcement.

Dallas County also prosecuted former Balch Springs officer Roy Oliver, who was sentenced last month to 15 years in prison in the shooting death of a black teenager. Oliver, a white officer who responded to a house party last year, fired into a car filled with teens including 15-year-old Jordan Edwards. Oliver had said he feared the car was moving toward and endangering his partner, prompting him to fire. Edwards, who was in the front passenger seat, was shot.

Haynes, the Dallas pastor, said the Oliver case was an important step to instilling the notion that there’s equal justice in Dallas County, but he remains cautious.

“I do believe we’re finally moving in a positive direction.”