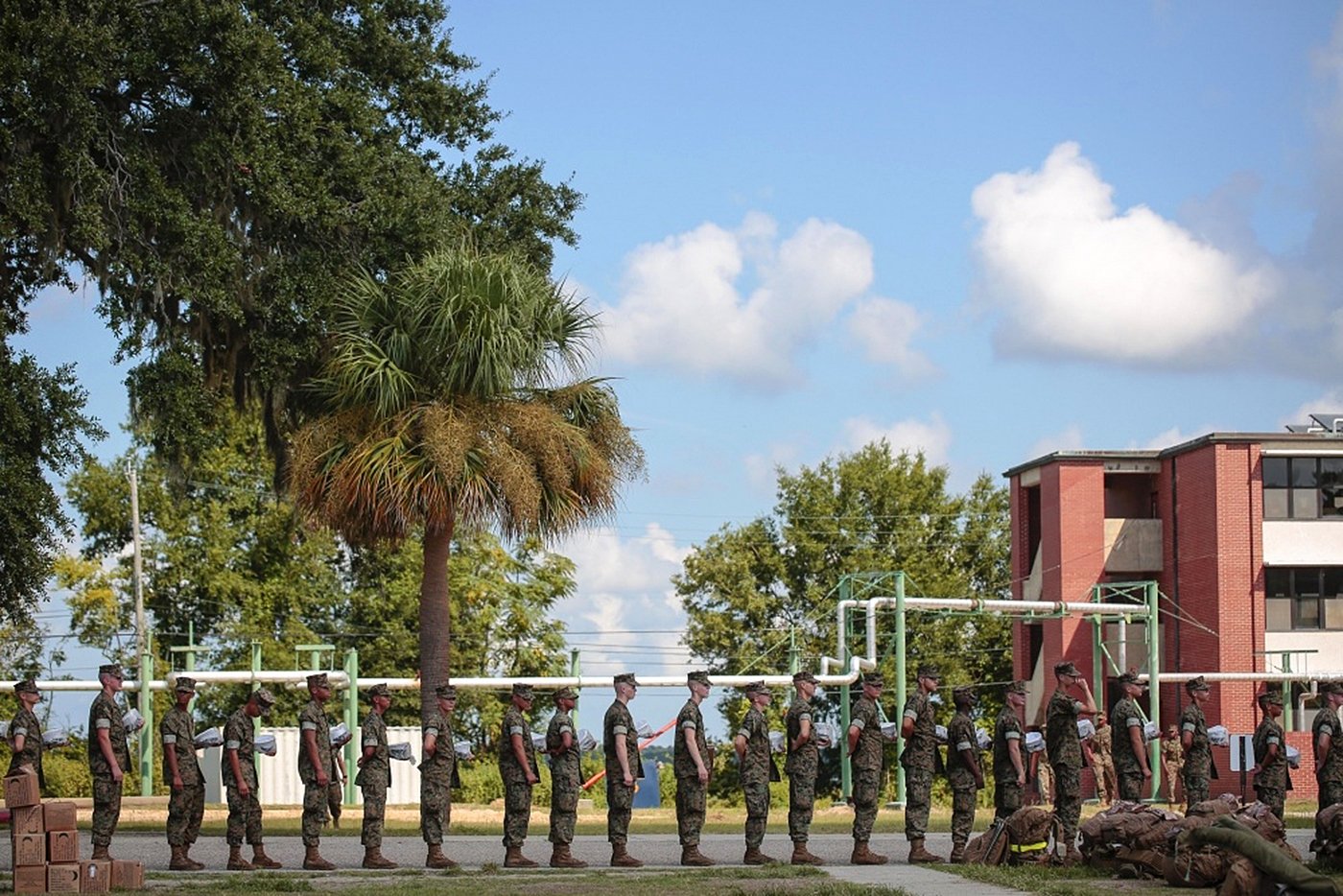 NORFOLK, Va. — The Navy is moving people and ships ahead of Hurricane Florence , and the Air Force and Army are both flying advanced aircraft elsewhere as a safeguard. Some remaining Marines, meanwhile, are digging in their heels.

Florence is headed for a region with some of the most well-known military bases in the country, including Camp Lejeune in North Carolina, Naval Station Norfolk in Virginia and the Marine Corps Recruit Depot on Parris Island in South Carolina.

While thousands of Marines and their families have already left Camp Lejeune in Jacksonville, North Carolina, the commanding general said Tuesday that anyone remaining at the base would have food, water and protection despite being in the projected path of the storm.

“Since 1941, this base and its Marines have been postured to deal with crises at home and abroad and Hurricane Florence is no exception,” said a message from Brig. Gen. Julian D. Alford.

Some military families and others took to Camp Lejeune’s Facebook page, venting fears and questioning why there was no mandatory evacuation.

Nonessential personnel were released from duty at Lejeune and told they were free to relocate with their families to a site within a 500-mile (800-kilometer) radius of Jacksonville.

Nat Fahy, a spokesman for the command, said the base was the safest place for anyone who had not evacuated already. Shelters on the base are expected to open early Wednesday, he said, and there will be a full complement of resources for those sheltering in place.

Of the roughly 40,000 active duty troops at Lejeune, about three-quarters live off the base. Fahy did not know yet how many remained at the base.

Recruits were set to leave the Marine Corps’ largest training installation on the East Coast Tuesday, but those plans changed after South Carolina’s governor rescinded an evacuation order as the storm’s projected path shifted northward.

Some non-essential personnel and families evacuated, but the bulk of the more than 8,000 Marines and support staff at Parris Island remain on the base.

At Fort Bragg, an inland Army base in North Carolina, officials told The Fayetteville Observer the majority of the 82nd Airborne Division’s helicopter fleet was being evacuated to one of two sites in Georgia.

In Virginia, Navy officials on Tuesday issued an emergency evacuation order for active duty and civilian personnel, their families and reservists living in certain coastal areas for which the state had also ordered an evacuation.

The move came after the Navy began sending dozens of its Virginia-based ships out to sea a day earlier. According to the Navy, the final two ships — the hospital ship USNS Comfort and the aircraft carrier USS Abraham Lincoln — sailed out of Naval Station Norfolk on Tuesday. More than 30 ships have now moved to safer waters in the Atlantic Ocean.

Officials from Joint Base Langley-Eustis in Hampton said the base’s F-22 Raptors and T-38 Talon training jets would begin flying out Tuesday for Rickenbacker Air National Guard Base in central Ohio.

About 100 personnel were to travel to Ohio to support the jets.