In battle for the House, many Dems start from scratch 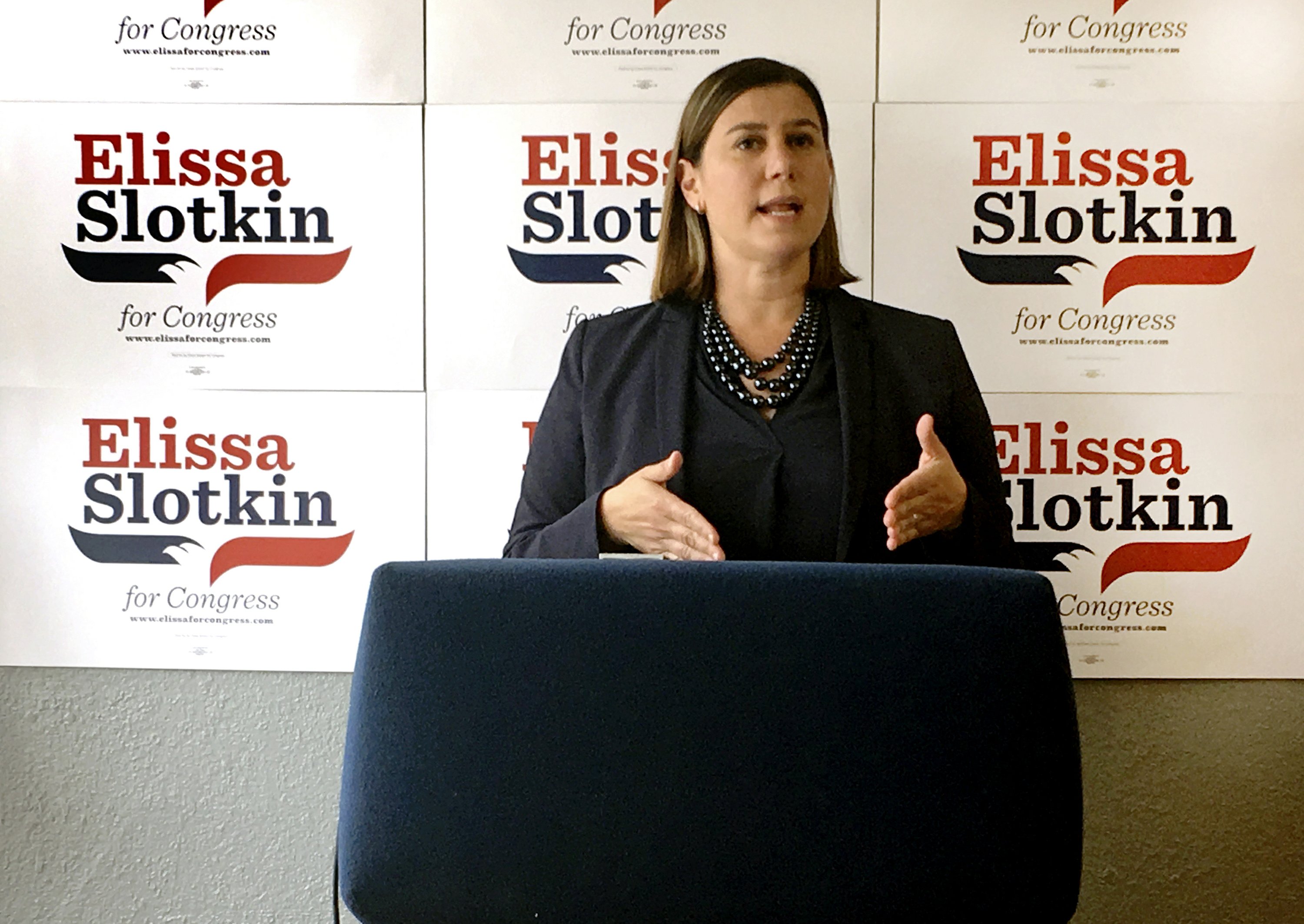 NAPERVILLE, Ill. — When the Democratic Party told Lauren Underwood she needed to raise $100,000 in six weeks to get her campaign for Congress off the ground, she wasn’t sure what to do. The nurse from suburban Chicago had never run for office, and her fundraising experience was mostly limited to selling Girl Scout cookies for $4 a box.

“Why would I know how to do this?” recalls the 31-year-old, who missed that target but went on to defeat six men in her Democratic primary and become one of the party’s top prospects in November. “We were figuring it out, the whole way through.”

As the party tries to recapture the House this year by winning 23 more seats, they’re counting on an unusual crop of candidates: people who have never done anything like this before. People who’ve never run for school board or city council, much less a high-stakes race like Congress in a year when Democrats are desperate to win more leverage against President Donald Trump.

Of the more than 50 candidates running in GOP-held districts given the best chance for flipping, almost two-thirds are seeking office for the first time. That’s a significant increase over 2016, when less than half of those running in targeted districts were first-timers.

The rookie candidates are a wide range of ages, races and backgrounds, from entrepreneurs to veterans, teachers and a former professional football player. Several, like Underwood, held jobs in President Barack Obama’s administration.

Their bids represent a different approach for Democrats, after progressives accused the party of rigging Hillary Clinton’s 2016 presidential nomination, and after both Bernie Sanders and Trump ascended as party outsiders.

This time around the Democratic Congressional Campaign Committee made a point of telling prospects they didn’t have to work their way up the political ladder — that if someone had a connection to voters, they should try.

And while the learning curve may be huge, Democrats say today’s political atmosphere is primed for different faces.

Voters “want to see a different kind of political culture, and they want to see themselves in the candidates that are running,” said Kate Catherall, who worked on Obama’s 2008 campaign and now advises new candidates and campaign managers.

Republicans also have first-time candidates, but fewer because the party is mostly focused on defending incumbents. And Dick Wadhams, a GOP strategist and former Colorado Republican Party chairman, says there may be drawbacks in the newcomers.

“Mainstream and establishment Democrats have got to be a little nervous about these candidates,” he said, especially those from the far left. If they’re elected, “where does that move the party long-term?”

Many of the rookie candidacies arose from the anti-Trump marches and organizations that formed after the 2016 election. Many of the targeted GOP districts are places where Democrats didn’t have a deep bench of political talent or infrastructure.

Elissa Slotkin, a former CIA analyst who is now trying to unseat Rep. Mike Bishop in Michigan’s 8th Congressional District, said she didn’t even know what the DCCC was before this election cycle. She was stunned by how much money she’d need to compete against an incumbent who’s raised millions in his last two elections.

“My husband and I had never been to a political event. We had never made a political donation,” she said. “It just wasn’t our world.”

She got into the race after Hultgren told a town hall meeting that he’d vote to protect health care coverage for pre-existing conditions then supported legislation that made that coverage more expensive. She tells that story at campaign stops, saying the issue resonates with her both as a nurse and a person with a manageable heart condition.

“So I said, ‘You know what? It’s on. I’m running,'” she says, a line that always generates cheers and applause.

She and a friend wrote the script to her first campaign video and made phone calls to reporters, and they searched the internet for any free resources they could find. Neither Clinton nor Obama campaigned in the district and Hultgren hasn’t had a serious challenge since winning office in 2010, so Underwood’s campaign has had to train people on how to phone bank and knock on voters’ doors.

“This was very DIY,” she said. “There are a lot of places in this country you walk in and say ‘I’m running’ and you have 300 people with clipboards and tennis shoes laced up and ready to go. That is not what’s happening here.”

The district has sent a Democrat to Congress only once in the past three decades, in a 2008 special election after Hastert retired. If elected, Underwood, who is African-American, would be the first woman and first minority to represent the predominantly white district, which includes swaths of farmland and upscale subdivisions.

Democrats say they’re hopeful about the race because Clinton lost to Trump by only 4 points there. The party’s March primary vote almost matched the number of GOP ballots cast for the first time.

Last month a PAC backed by Republican House leaders opened a new field office in the district to help Hultgren. The former state lawmaker says he’s confident voters will see the clear differences in both policy and experience between him and Underwood.

“Hopefully it points to a track record of someone who’s not just talk, but someone who can actually get things done,” he said.

The swell of progressive activism in the wake of Trump’s election also inspired groups that are training potential Democratic candidates and campaign staff.

Catherall founded The Arena with other Obama campaign alums. The group expected 50 or so people at the first seminar, held just after Trump’s election. About 400 showed up, for sessions like “Campaigns 101” and “How Do I Finance a Race?”

For Underwood, fundraising is getting easier since her first spate of pub fundraisers and cold calls. Last quarter she outraised Hultgren, though he still has more cash on hand. Her target for the current quarter is $1 million.