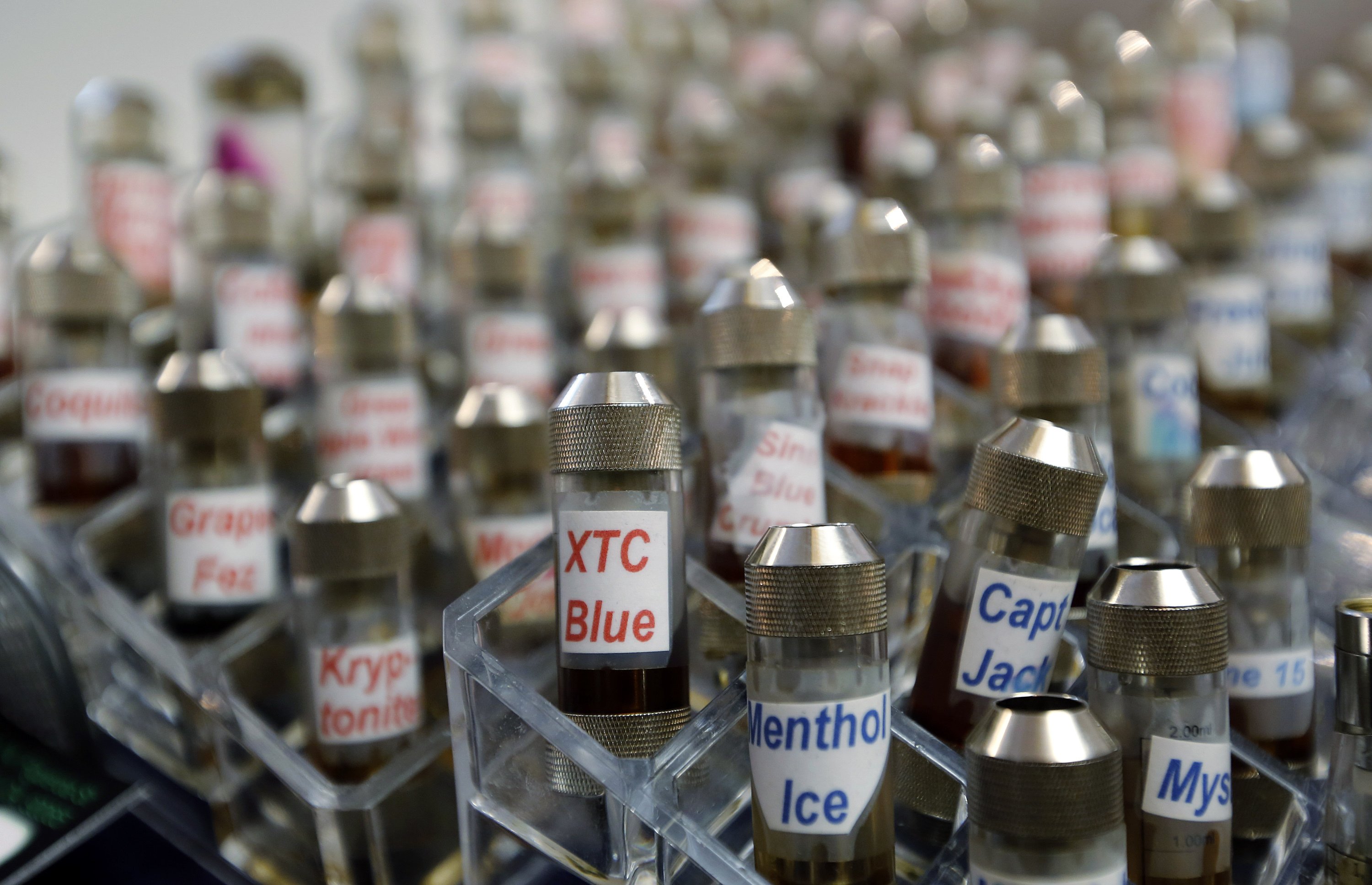 WASHINGTON — U.S. health officials are sounding the alarm about rising teenage use of e-cigarettes, calling the problem an “epidemic” and ordering manufacturers to reverse the trend or risk having their flavored vaping products pulled from the market.

The warning from the Food and Drug Administration on Wednesday cited recent data that points to a sharp increase in underage use of the handheld nicotine products, including Juul and others.

It marks a shift in the agency’s tone on e-cigarettes. Since last year, FDA commissioner Scott Gottlieb and other federal officials have discussed e-cigarettes as a potential tool to ween adult smokers off cigarettes, although that benefit hasn’t been proven.

But Gottlieb said in an address at FDA headquarters that he failed to predict the current “epidemic of addiction” among youth, mainly driven by flavored products.

“The disturbing and accelerating trajectory of use we’re seeing in youth and the resulting path to addiction must end,” Gottlieb told agency staffers and reporters. “It’s simply not tolerable.”

E-cigarettes are vapor-emitting devices that have grown into a multi-billion dollar industry in the U.S. despite little research on their long-term effects, including whether they are helpful in helping smokers quit. They’re generally considered a less dangerous alternative to regular cigarettes. But health officials have warned nicotine in e-cigarettes is harmful to developing brains.

They typically contain nicotine, and sometimes flavorings like fruit, mint or chocolate.

Health advocates have worried about the popularity of vaping products among kids and the potential impact on smoking rates in the future. A government-commissioned report in January found “substantial evidence” that young people who use e-cigarettes are more likely to try cigarettes.

Gottlieb cited unreleased federal data and research that he says will be made public in coming months.

“We didn’t foresee the extent of what’s now become one of our biggest challenges,” he said, in prepared remarks. “Hindsight, and the data that’s now available to us, fully reveal these trends.”

In June, a government survey found teen vaping seemed to be holding steady last year. Some experts were cautious about the results, however. They noted the survey did not ask specifically about Juul, a sleek, heavily-marketed e-cigarette brand that exploded onto the market and accounts for 70 percent of U.S. sales, according to analyst estimates.

“I think it became clear to FDA that if they didn’t get their arms around this issue the use of these products by kids across the nation would undo decades of progress,” said Matthew Myers of the Campaign for Tobacco-Free Kids. His group and several other medical and anti-smoking groups are suing the FDA over a decision to delay federal review of most e-cigarettes.

Under regulations developed by the Obama administration, manufacturers were supposed to submit most products for review by August 2018. But last year Gottlieb said he would delay the deadline until 2022. He said both the agency and industry needed more time to prepare.

The decision was criticized by anti-smoking advocates who say e-cigarette makers are targeting kids with candy and fruit flavors and aggressive marketing.

Under Wednesday’s announcement, the five largest e-cigarette manufacturers will have 60 days to produce plans to reverse underage use of their products. The companies sell Vuse, Blu, Juul, MarkTen XL, and Logic e-cigarette brands, which account for 97 percent of U.S. e-cigarette sales, according to FDA.

San Francisco-based Juul said it is working to prevent underage use of its products but added that flavors can help adult smokers quit cigarettes.

“By working together, we believe we can help adult smokers while preventing access to minors,” the company said in a statement.

The FDA also announced 1,300 warning letters and fines to online and traditional stores that have illegally sold Juul and other e-cigarettes to minors.

Gottlieb criticized e-cigarette companies’ handling of underage use of their products, saying they approached it as “a public relations challenge rather than seriously considering their legal obligations.”

“I’m here to tell them today that this prior approach is over,” he said.