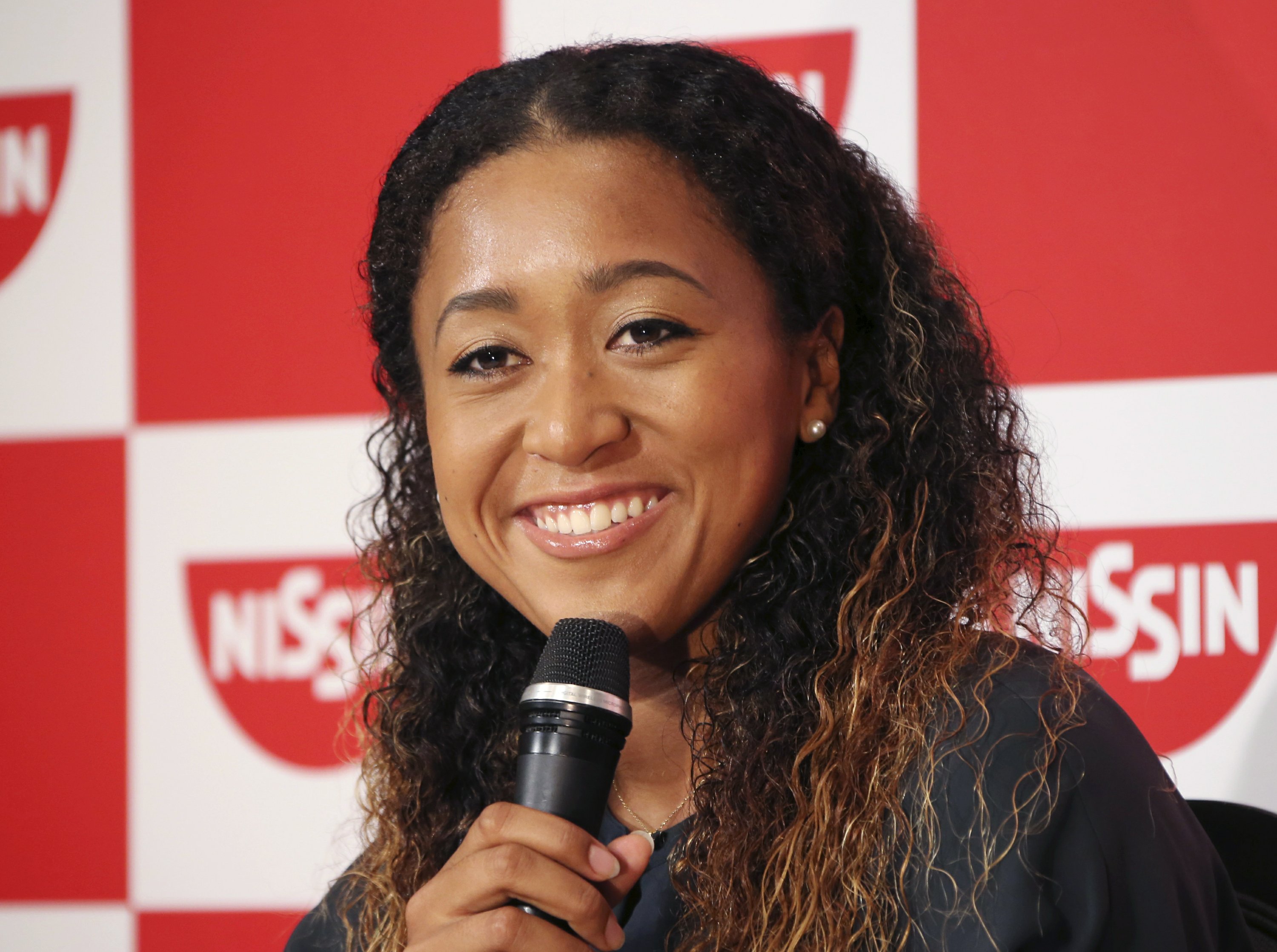 YOKOHAMA, Japan — Naomi Osaka’s victory in the U.S. Open has added her to a growing list of athletes, Nobel Prize winners, and beauty pageant contestants who have raised the issue of what it means to be Japanese.

The daughter of a Japanese mother and a Haitian father, Osaka was born in Japan but raised in the United States. But she is being lauded in Japan as the first from the country to win a Grand Slam singles tennis title, which has upstaged most questions about her mixed background.

Some children from mixed race families in Japan often get bullied and demeaned, called “hafu” — from the English word “half” — and are chided that they aren’t fully Japanese.

Japan has embraced Osaka, and she — despite barely speaking Japanese — talks fondly of her affection for her adopted country. But her victory also challenges public attitudes about identity in a homogeneous culture that is being pushed to change.

“It is hard to say for sure if the extremely narrow conception, unconsciously or consciously, held by many Japanese of being Japanese, is being loosened,” Naoko Hashimoto, who researches national identify at the University of Sussex in England, wrote in an email to Associated Press.

“In my opinion, it still appears that Japanese are generally defined as those who are born from a Japanese father and a Japanese mother, who speak perfect Japanese and ‘act like Japanese’.”

Athletes and celebrities seem to fall into a different category. Osaka has lots of company in this realm with an increasing number of sports stars claiming mixed backgrounds.

— Mashu Baker, an Olympic gold-medal winner in judo: son of a Japanese mother and American father. Born in Tokyo.

— Asuka Cambridge, Olympic silver-medal winner in the 4×100 track relay: born in Jamaica to a Japanese mother and Jamaican father, but grew up in Japan.

— Koji Murofushi, Olympic gold- and silver-medal winner in the hammer throw: son of a Romanian mother and Japanese father. Born and raised in Japan.

“I know that I have a mixed heritage,” he told AP. “But I always feel Japanese.” He added it’s “not something that really concerned me or anything.”

The visibility of mixed-race athletes in Japan is sure to increase as the 2020 Tokyo Olympics approach and the country hunts for competitors in sports where it has little history.

One thing is clear, the 20-year-old Osaka is cashing in.

The U.S. Open victory was worth $3.8 million in prize money. And on Thursday, Osaka was introduced in Japan as a “brand ambassador” for the Japanese car maker Nissan. It’s a three-year deal, though financial terms were not disclosed.

Osaka defeated Williams in Saturday’s chaotic final . Forbes magazine reports that Williams is the highest earning female athlete with income of $18.1 million, almost all from endorsements and sponsorship deals. She’s topped the list for several years.

But Osaka’s mixed-race profile, her appeal in the huge Asian market, and her links to Japan’s world-wide brands should drive her long-term earning potential.

“She seems very shy and it’s not for everyone,” Jonathan Jensen who researches sports marketing at the University of North Carolina, told AP. “But the potential is there if that’s the route she wants to take, particularly with brands based in Asia, like Nissan. Tech firms and consumer electronics would also be a natural fit.”

Jensen speculated the size of the Nissan contact with her would depend on how much of her time the company uses. And how many tournaments — and what tournaments — she wins.

Osaka has charmed Japanese audiences with her grace and gentleness off the court, and her ferocity on it. She’s talked about her fondness for Japanese food — curried rice topped with a pork cutlet is a favorite.

She’s also been a spokeswoman for two years for the Japanese cup noodle brand Nissin, which is launching a new noodle cup to commemorate her victory.

Kazuyoshi Minowa, a spokesman for Windsor Corp, which operates tennis shops in Tokyo, said customers are asking to buy the same racket that Osaka uses. He said he met her two years ago when she visited a store.

“My impression was that she was very quiet, unlike her powerful image playing the game,” he told Japanese broadcaster NHK.

Questions about race also surfaced in 2016 when Priyanka Yoshikawa was crowned Miss World Japan. Her mother is Japanese and her father in Indian and she was born in Tokyo.

This came a year after Ariana Miyamoto won the Miss Universe Japan title. She was born in Japan to a Japanese mother and African-American father.

Hashimoto, the researcher at the University of Sussex, pointed out that under Japanese law, Osaka will have to decide on her nationality before she turns 22. She’s 20 now and cannot legally hold two passports.

She said the strict one-passport rule “could risk leading to brain drain of great talents out of Japan.”

“While Naomi Osaka’s victory should be celebrated on its own,” Hashimoto said. “Her case provides those Japanese with a narrow conception of Japanese-ness with an excellent opportunity to rethink what it means to be Japanese.”