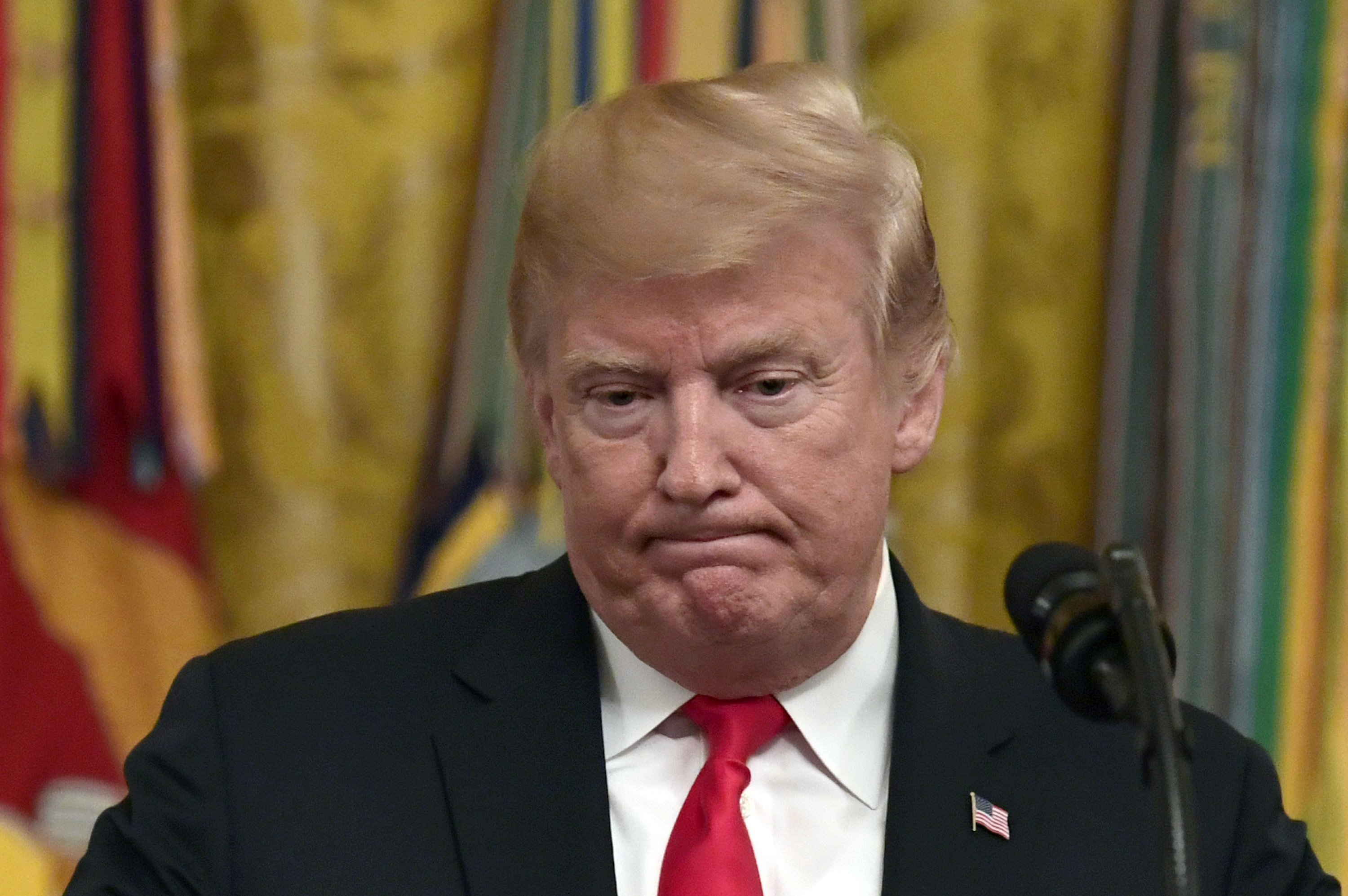 President Donald Trump speaks and tweets often about conspiracies against him. That’s not to say they exist as he describes them.

A look at some of those issues:

Trump on Thursday rejected the official hurricane death toll in Puerto Rico, tweeting without evidence that “3,000 people did not die.”

“When I left the Island, AFTER the storm had hit, they had anywhere from 6 to 18 deaths. As time went by it did not go up by much. Then, a long time later, they started to report really large numbers, like 3000,” Trump tweeted a year after the island was devastated.

Twelve minutes after the first tweet, Trump falsely blamed Democrats: “This was done by the Democrats in order to make me look as bad as possible when I was successfully raising Billions of Dollars to help rebuild Puerto Rico. If a person died for any reason, like old age, just add them onto the list. Bad politics. I love Puerto Rico!”

Puerto Rico’s governor last month raised Maria’s official death toll from 64 to 2,975 after an independent study found that the number of people who succumbed in the sweltering aftermath had been severely undercounted. Previous reports from the Puerto Rican government said the number was closer to 1,400.

Researchers at the Milken Institute School of Public Health at George Washington University determined about 3,000 have died. Those that were hardest hit by the hurricane were the elderly and impoverished.

Trump has railed that special counsel Robert Mueller’s investigation into Russian election meddling is a conspiracy carried out by the former FBI director “and his whole group of Angry Democrat Thugs.” Trump denies colluding in the meddling.

“You have no Republicans” among Mueller’s team, Trump said on “Fox & Friends” in June.

Mueller is a Republican and some on his team owe their jobs largely to Republican presidents. Some have indeed given money to Democratic candidates over the years. But Mueller could not have barred them from serving on that basis because regulations prohibit the consideration of political affiliation for personnel actions involving career attorneys.

Trump has tried to blame his loss of the popular vote to Hillary Clinton on “millions” of illegal votes in her favor.

The voting commission he convened to study the issue disbanded with no evidence of widespread voter fraud.

Trump became president after he won the Electoral College vote by 304 to 227. But Clinton won the popular vote by nearly 2.9 million more votes after racking up lopsided wins in big states such as New York and California, according to election data compiled by The Associated Press.

This month, he sent a tweet that brought a number of his perceived enemies together:

“Hillary Clinton’s Emails, many of which are Classified Information, got hacked by China. Next move better be by the FBI & DOJ or, after all of their other missteps (Comey, McCabe, Strzok, Page, Ohr, FISA, Dirty Dossier etc.), their credibility will be forever gone!”

Trump appeared to be citing a story by the right-leaning Daily Caller publication, which reported that a Chinese-owned company in Washington, D.C., area hacked Clinton’s email server.

But FBI and Justice Department officials have said publicly that there was no evidence Clinton’s server was hacked by a foreign power.

Donald Trump was for years the primary propagator of the falsehood that Democrat Barack Obama, the nation’s first black president, was not born in the United States and was thus ineligible to hold the nation’s highest office. Obama was born in Hawaii.

Then Trump lied about the original lie.

In September 2016, he held a news conference at his Washington hotel to declare that he believed Obama had been born in the U.S. He falsely blamed Clinton for starting the rumor and credited himself for ending it.

The public record over the past decade undermines Trump’s version.

People in Clinton’s orbit did discuss Obama’s background during their bitter primary struggle in 2008. But it appears that when Clinton got wind of smears about Obama’s roots or religion, she either shut down that line of argument or ignored it.

There is no evidence that Clinton herself has ever said Obama wasn’t born in America.