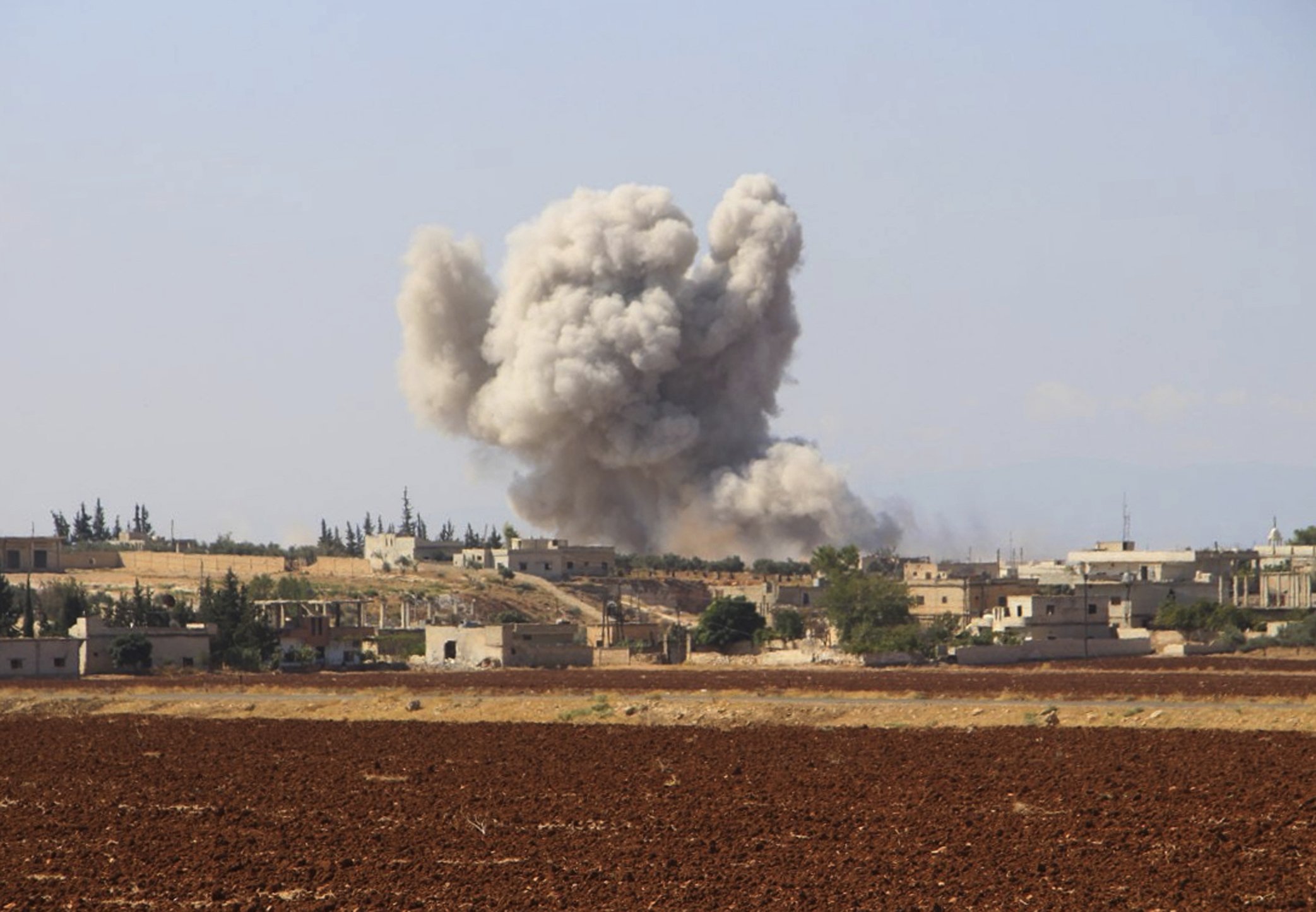 BEIRUT — The Syrian army, backed by allies Iran and Russia, is preparing for a military offensive to retake the country’s last major rebel stronghold —the province of Idlib.

The battle could bring an end to a seven-year-old uprising-turned-civil war, but at the cost of a humanitarian disaster on a scale yet unseen in the bloody conflict. Some 3 million civilians are trapped in Idlib, along with tens of thousands of opposition fighters, including hard-core militants.

In recent days, Syrian and Russian warplanes stepped up bombings, targeting the southern edge of the province and signaling a slow start to the campaign.

Here’s a look at the issues involved:
___

WHO IS IN IDLIB?

Idlib is located in the northwestern corner of Syria. It is ringed by Turkey to the northwest, the Turkish-controlled Afrin region to the northeast and government-controlled territory to the southwest and southeast. A vital highway linking the cities of Aleppo and Damascus, known as the M5, cuts through Idlib’s eastern flank.

The province fell into rebel hands in early 2015. It is now home to a dizzying array of opposition fighters, Islamic militants and jihadis. An alliance known as Hay’at Tahrir al-Sham, spearheaded by al-Qaeda affiliates formerly known as the Nusra Front, dominates the province. Another rebel umbrella group called the National Front for Liberation is backed by Turkey.

An estimated 50,000 rebels, including more than 10,000 hard-core militants and al-Qaida-linked fighters, are cornered in Idlib. With nowhere left to go, some might opt to fight till death rather than surrender.

Turkey also maintains a troop presence — hundreds of soldiers deployed at 12 observation posts in Idlib. Syrian government forces have massed to the south and southwest of the province.
___

WHY IS IT A POTENTIAL CATASTROPHE?

An estimated 3 million people live in Idlib, nearly half of them having arrived there after being displaced by fighting elsewhere in Syria. Among the civilians are close to 1 million children, according to rights groups.

The province saw its population swell drastically as rebels and civilians were being sent there from other opposition strongholds after they capitulated to government forces.

A full-scale air and ground offensive is likely to send waves of refugees surging toward the sealed Turkey border, coinciding with the onset of winter. A top U.N. official has warned that an attack on Idlib could lead to this century’s worst loss of life.

Even a partial offensive focusing on specific areas of Idlib could displace hundreds of thousands of people and cut off aid access to the province. Most aid currently enters through the Bab al-Hawa crossing with Turkey.
___

WHAT HAPPENS IF CHEMICAL WEAPONS ARE USED?

U.N. investigators have previously attributed several chemical attacks in Syria to government forces, including one attack using the nerve agent Sarin gas against the Idlib town of Khan Sheikhoun in April 2017.

In the run-up to a possible Idlib offensive, the Syrian government and Russia have alleged that rebels in Idlib are planning to use chemical weapons to frame the government and induce Western punitive airstrikes.

The U.S. has pushed back, with Defense Secretary Jim Mattis saying this week that “right now we see zero evidence that the opposition has any chemical capability, notwithstanding what Russia has been broadcasting repeatedly.”

The U.S. says it will retaliate harshly to any chemical weapons attack by President Bashar Assad’s forces and has suggested such internationally prohibited weapons are being readied for the battlefield.

Twice before, the U.S. has resorted to missile strikes in response to chemical weapons attacks, only to see them used again.
___

CAN BLOODSHED BE AVERTED?

The presidents of Russia, Iran and Turkey met last week in Tehran to consider alternatives, but failed to reach a consensus. Russian President Vladimir Putin and Iranian President Hassan Rouhani back military action, despite a cease-fire call by their Turkish counterpart, Recep Tayyip Erdogan.

The U.N. envoy for Syria has told the U.N. Security Council there are signs the three leaders intend to continue talking.

Turkey stands to lose the most from a battle on its border that is sure to have a destabilizing effect on the country and areas it controls inside Syria.

In an op-ed in the Wall Street Journal this week, Erdogan warned that an Idlib offensive would “create serious humanitarian and security risks for Turkey, the rest of Europe and beyond.” He said it would amount to “indiscriminate attacks to wipe out its opposition and not a genuine or effective campaign against terrorism.”

For Russia and Iran, recapturing Idlib would deal a decisive defeat to the opposition and stamp out the last remains of the rebellion against Assad that began in 2011.

While an assault to retake Idlib appears to be inevitable, there are ongoing talks on ways to separate the militants from the civilians.

Proposals include urging Hay’at Tahrir al-Sham to dissolve itself or join the Turkey-backed rebels. This would supposedly bring the group more under Turkish control and make it easier to deal with. But there are thousands of foreign jihadis among Idlib’s fighters, including Chechens and Chinese.

Another proposal is to open humanitarian corridors through which civilians could leave to government-controlled areas, although that suggestion has yet to gain any traction.
___

Despite dire U.S. warnings and fears of a humanitarian disaster, the Trump administration has little leverage to stop Russia, Iran and Syria from pressing ahead with the Idlib offensive.

Washington has threatened military action in case of a chemical weapons attack but its mixed messaging on retaining a U.S. presence in Syria and a cut in aid has diminished its already limited influence over the conflict.

American airstrikes launched against Assad government assets have had limited impact in the past.

Another tool in the U.S. arsenal is economic pressure, but sanctions have been ineffectual since they first began to be applied during the Obama administration.