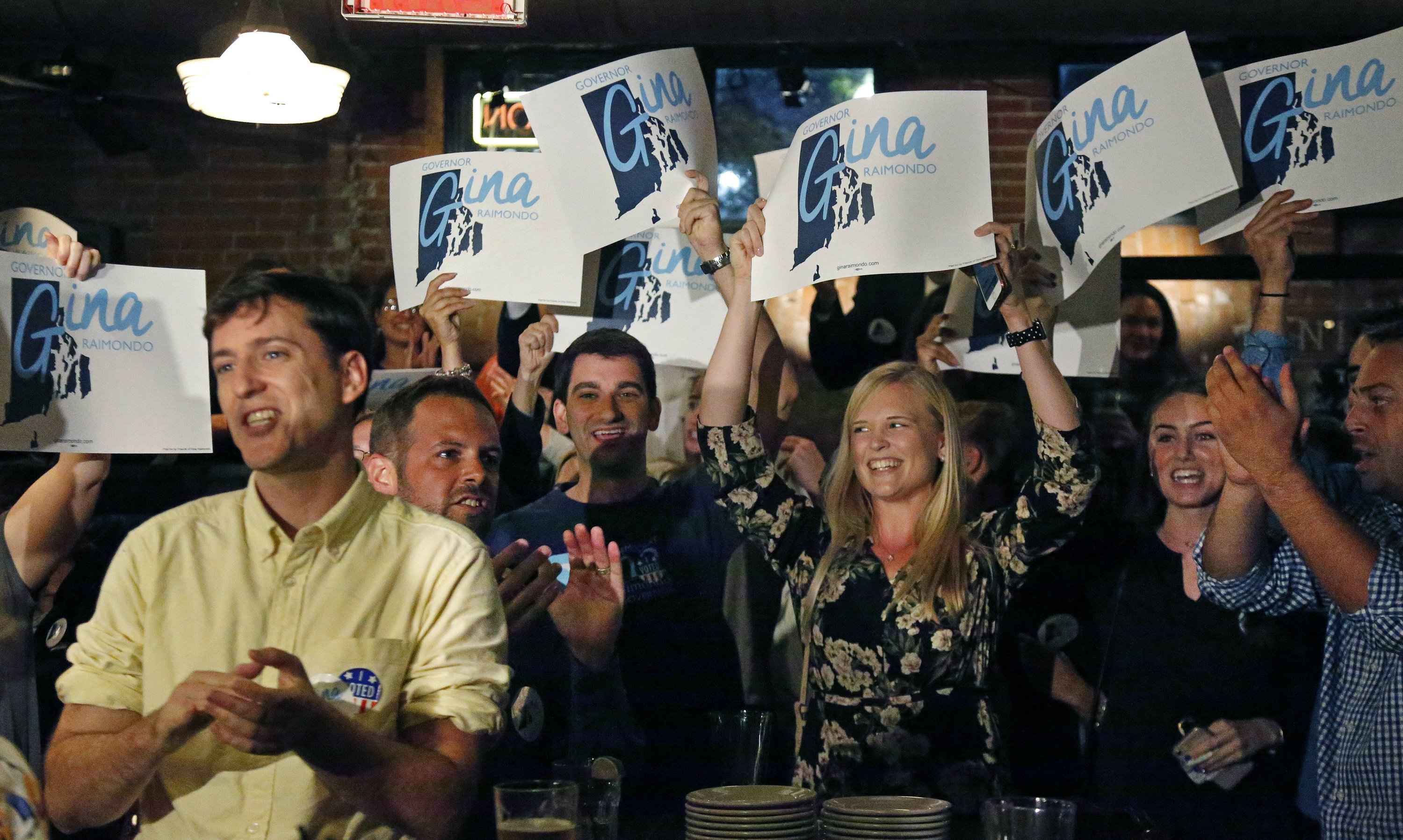 PROVIDENCE, R.I. — Rhode Island’s Democratic governor won her party’s nomination for a second term in Wednesday’s primary, overcoming a spirited but poorly funded challenge, while the mayor of the state’s second-largest city earned the GOP nomination for another shot at the governor’s seat in November.

Gov. Gina Raimondo fended off a challenge from the left by former Secretary of State Matt Brown. Mayor Allan Fung beat Patricia Morgan, a state lawmaker. Fung came in 4.5 points behind Raimondo in a three-way race in 2014.

Voters in Rhode Island also selected nominees for U.S. Senate, U.S. House, lieutenant governor and other offices in a rare Wednesday vote. About 145,000 people cast ballots, or nearly 20 percent of voters, according to the state Board of Elections. The turnout in recent midterm primaries has hovered around 20 percent.

Raimondo made the case for a second term by highlighting the state’s improving economic fortunes, including a falling unemployment rate, as well as new job training programs and free community college tuition started during her tenure. Brown, who last held office over a decade ago, has been pushing himself as the grassroots alternative, and has been hammering Raimondo for her close corporate ties.

Malcolm Griggs headed to the polls in Warwick to vote in the Democratic primary for Raimondo, who he feels has done a good job helping the state’s economy, attracting businesses and augmenting businesses already in Rhode Island.

“She put people to work and that matters,” said Griggs, 58, who works in the banking industry.

On the Republican side, Fung has tried to keep a low profile in the primary, putting out few detailed policy proposals, dodging questions about where he stands on various issues and agreeing to just one debate on a small radio station with limited reach. Morgan, his opponent, leads the tiny House minority caucus in the overwhelmingly Democratic General Assembly.

The most closely watched down-ticket race is for lieutenant governor, which pits incumbent Democrat Dan McKee against self-described progressive state lawmaker Aaron Regunberg. The position has few official duties, but officeholders have used it as a way to advance certain causes on a statewide level. It was too close to call shortly after the polls closed Wednesday.