Spy poison case: Suspects say they were in UK as tourists 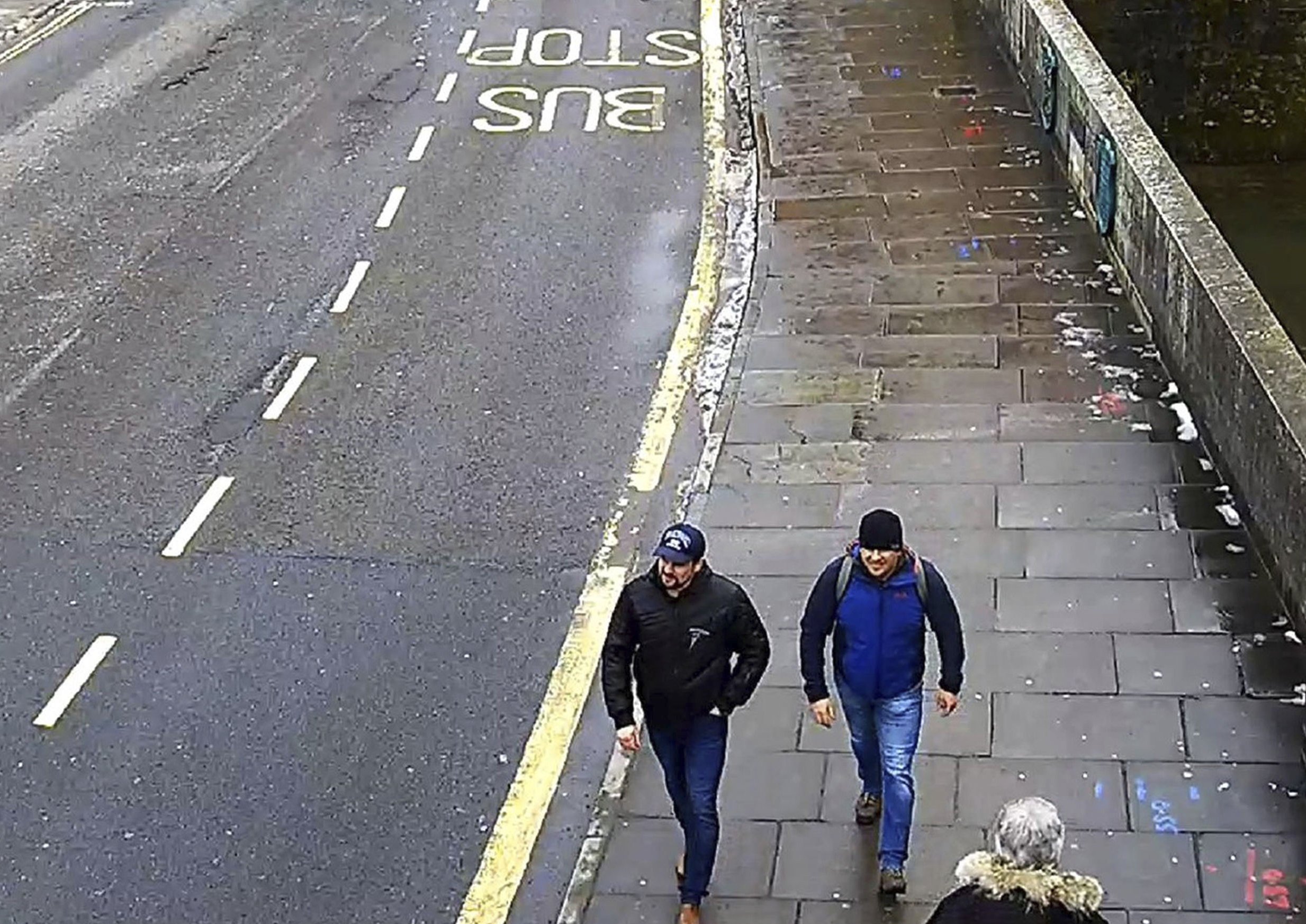 MOSCOW — The two Russian men charged in Britain with poisoning a former Russian spy with a deadly nerve agent appeared on Russian television on Thursday, saying they visited the suspected crime scene as tourists.

Ruslan Boshirov and Alexander Petrov made their first public appearance in an interview with the Kremlin-funded RT channel.

The men said they visited the southern English city of Salisbury in March, calling it a “wonderful town” and saying they wanted to see the famous Salisbury Cathedral.

“Our friends have been suggesting for a long time that we visit this wonderful town,” Petrov said while Boshirov added that they wanted to see the Cathedral’s famous spire and clock.

Britain last week charged Boshirov and Petrov in absentia, alleging they were agents of Russia’s military intelligence agency known as the GRU who were dispatched to Salisbury to poison former Russian agent Sergei Skripal and his daughter Yulia with the nerve agent Novichok.

British police released CCTV footage and photographs showing the two men walking in Skripal’s neighborhood on March 4, the day of the attack. Britain said the attack was almost certainly approved “at a senior level of the Russian state,” an allegation that Moscow has vehemently denied.

Replying to the interviewer’s question why the pair went to Salisbury for two days in a row, Boshirov said that when they first got to the town it was snowy and they got wet so they decided to take the train back.

They said they may have passed by Skripal’s house but they did not know him.

The men’s surprise public appearance Thursday came a day after Russian President Vladimir Putin said that Russian authorities know the identities of the two men, but insisted that they are civilians and there is “nothing criminal” about them. He called on them to contact the media.

Putin’s claims were rejected Wednesday by James Slack, spokesman of British Prime Minister Theresa May, who called the men GRU officers “who used a devastatingly toxic illegal chemical weapon on the streets of our country.”

“We have repeatedly asked Russia to account for what happened in Salisbury in March and they have replied with obfuscation and lies,” Slack said. “I have seen nothing to suggest that has changed.”