Strongest typhoon this year closes in on north Philippines 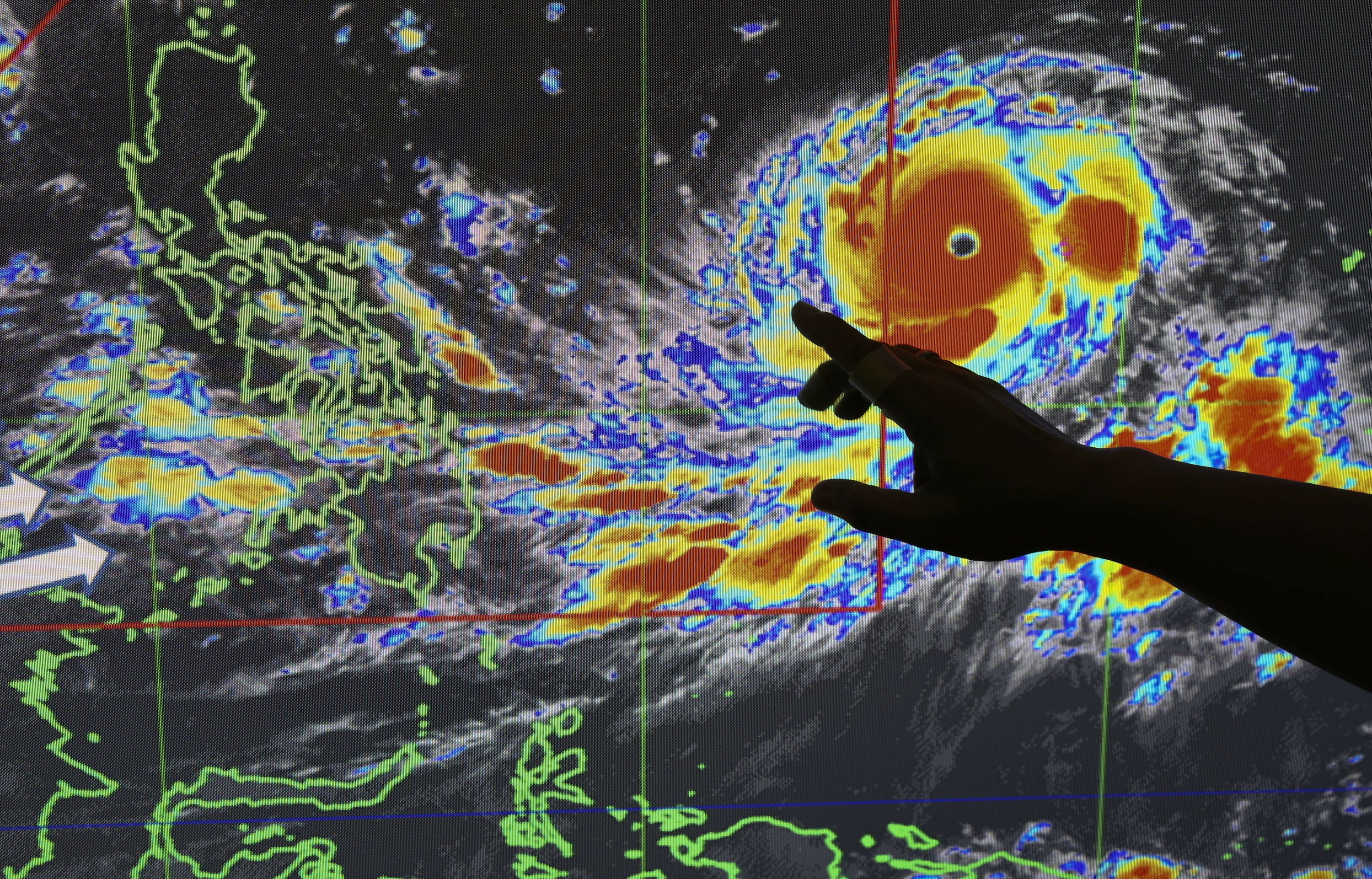 MANILA, Philippines — The most powerful typhoon of the season is closing in on the northern Philippines, where officials ordered precautionary evacuations and closures of schools and offices and urged farmers to quickly harvest their crops to reduce damage.

Forecasters said Typhoon Mangkhut, considered as the strongest this year, could hit northern Cagayan province on Saturday. It was located about 800 kilometers (500 miles) away in the Pacific with sustained winds of 265 kilometers (165 miles) per hour and gusts of up to 325 kph (201 mph). It could maintain the strength of a super typhoon when it hits land in the northeastern corner of Luzon Island.

On Guam, residents woke up Tuesday to flooded streets, downed trees and widespread power outages after Mangkhut passed through overnight.

The Pacific Daily News reported government agencies were conducting damage assessments and beginning to clear roads. About 80 percent of the U.S. territory was without power but it was restored by Thursday morning.

Cagayan Gov. Manuel Mamba said by telephone that northern coastal and island villages in the typhoon’s projected path will begin evacuating residents on Thursday ahead of the expected onslaught. He said classes will be suspended and offices, except those involved in rescue and relief work, advised to close on Friday.

In 2016, a super typhoon lashed the southern section of Cagayan, destroying tens of thousands of houses. Mangkhut is blowing from the Pacific and forecast to directly slam the province’s northeastern coastal and island municipalities, Mamba said.

“I’m stressing that this one is very different, this is more complicated because of possible storm surges,” Mamba said, referring to giant waves whipped inland by a typhoon.

The typhoon is arriving at the start of the rice and corn harvest season in Cagayan, a major agricultural producer, and farmers were scrambling to save what they could of their crops, Mamba said. The Philippines has been trying to cope with rice shortages.

“The worst cases are those areas which will be directly hit by strong winds that can topple houses, storm surges and heavy rains that can cause flooding, and there may be landslides in higher areas,” Jalad told reporters.

A missile test aboard a navy ship to be attended by President Rodrigo Duterte off northern Bataan province was canceled due to the approaching typhoon.

After leaving the Philippines, the fast-moving storm is expected to blow toward Hong Kong and southern China on Sunday if it maintains its course, forecasters said.

Mangkhut is the 15th storm this year to batter the Philippines, which is hit by about 20 a year and is considered one of the world’s most disaster-prone countries. Typhoon Haiyan left more than 7,300 people dead or missing and displaced over 5 million in the central Philippines in 2013.