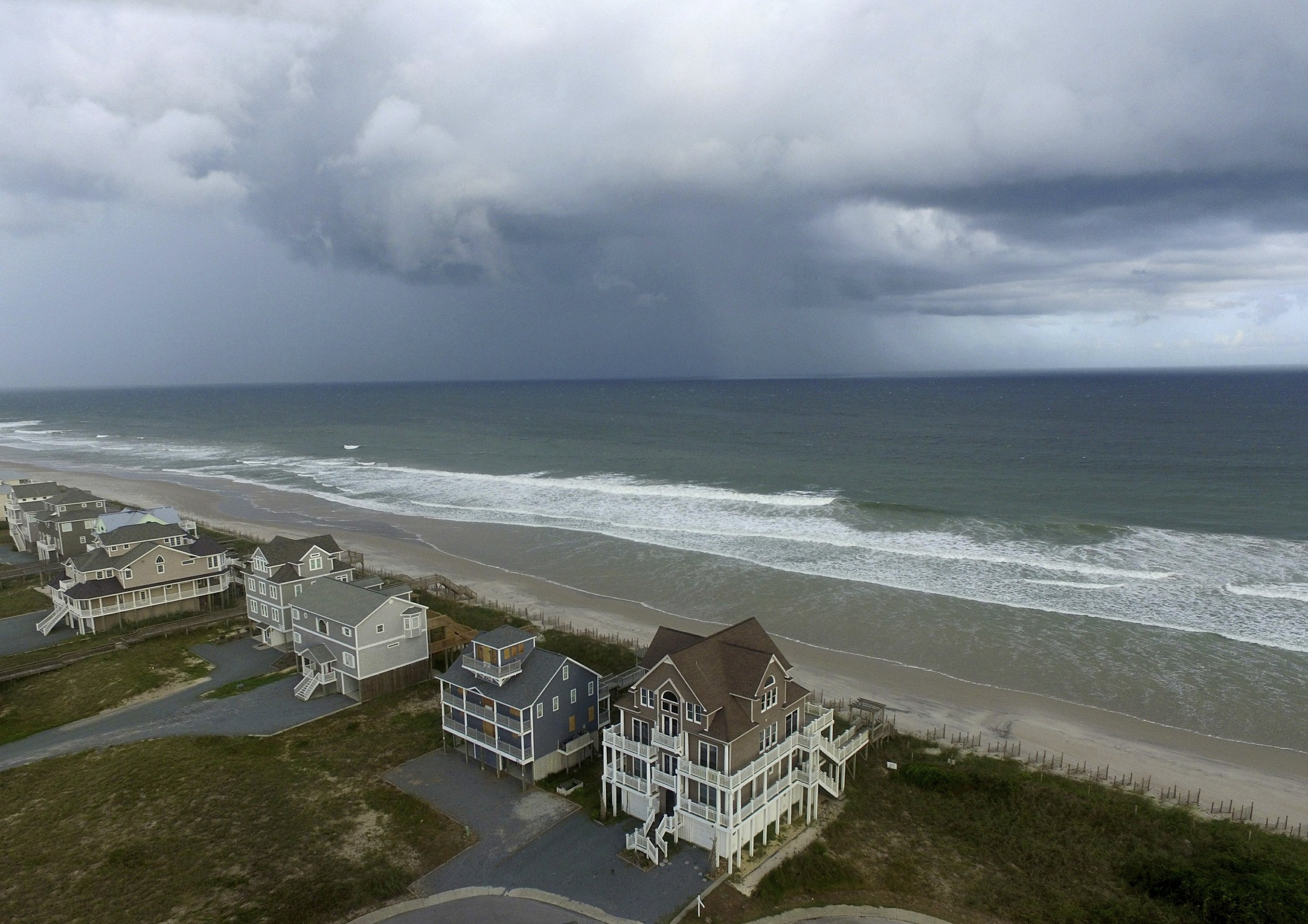 MIAMI — A big one. A monster. A once-in-a-lifetime storm. Hurricane Florence deserves all the names it’s being called as it threatens to cause historic flooding, blow catastrophic winds and idle for days over the Carolinas and the Mid-Atlantic. Adding to the storm stress is uncertainty about where exactly Florence will make landfall, after a shift in its track put more of the Southeast in danger.

—Get out: 1.7 million people under mandatory and voluntary evacuation orders, and more than 10 million people live in places currently under storm watches or warnings

Images captured by Associated Press journalists show the angst of evacuation and solitary beachgoers finding moments of calm before the storm.

HOW TO MAKE A MONSTER STORM

Florence has it all : Hot ocean temperatures that fuel hurricanes. Favorable wind patterns. Higher sea levels that exacerbate storm surge. Cloud cover that could encompass multiple states. And an unusual combination of other weather systems that likely will stall Florence when it hits land, allowing it to sit for days and dump huge amounts of rain.

Worried about how the government will respond to Hurricane Florence’s devastation? President Donald Trump said there was nothing to fear because his administration did such good work responding to last year’s storms – including Hurricane Maria, which killed 3,000 people in Puerto Rico. In a series of tweets Wednesday morning, Trump said the government “got A Pluses” for storm recovery in Texas and Florida and “did an unappreciated great job in Puerto Rico.” His remarks fell flat in Puerto Rico where islanders are continuing to struggle to recover a year after the Category 4 storm.

Florence is headed straight for some of the most well-known military bases in the country. The Navy, Air Force and Army have been moving people, ships and aircrafts out of harm’s way, though evacuations were not mandatory at bases such as Camp Lejeune . The commanding general says anyone remaining on base will have food, water and protection despite being in the projected path of the storm.

Businesses across the Carolinas, Virginia and Georgia will likely suffer financial losses from the approaching storm, with ports closing, farmers moving their livestock and expected power outages that could last for weeks. The losses won’t be easily or quickly overcome. But it could have been worse: Labor Day marked the end of the peak tourism season in the Outer Banks of North Carolina and other coastal getaways. There are now fewer tourists to send away.

North Carolina has roughly 2,100 industrial-scale pork farms containing more than 9 million hogs. Florence’s heavy rains could cause an environmental disaster if waste from hog manure pits, coal ash dumps and other industrial sites wash into homes or threaten drinking water supplies. When Hurricane Floyd made landfall near Cape Fear in 1999 as a Category 2 storm, bloated carcasses of hundreds of thousands of hogs, chickens and other drowned livestock bobbed in a nose-stinging soup of fecal matter, pesticides, fertilizer and gasoline so toxic that fish flopped helplessly to escape it.

Elder relatives carry as much weight as meteorologists in a tight-knit community of slave descendants on the South Carolina coast. St. Helena Island near the South Carolina-Georgia line is used to riding out big storms — from one that killed an estimated 2,000 people in 1893 to Tropical Storm Irma last year. But barber Josh Dais says the island’s 5,000 residents now are trying to decide whether to flee ahead of Hurricane Florence. He says: “If Mama and Grandma are going, then a lot of people are leaving.” Smaller enclaves of Gullah, referred to as Geechee in some areas, are scattered along the Southeast coast from North Carolina to Florida.

Some Florence evacuees are steering toward Bristol Motor Speedway near the Tennessee-Virginia border and Atlanta Motor Speedway , where campgrounds have been opened for people fleeing the storm. At least two dozen utility trucks gathered near Charlotte Motor Speedway to prepare to move in and start restoring power as soon as conditions are safe.

What would you take if a major hurricane was threatening to inundate or pull apart your home? One North Carolina woman packed flowers to leave on her son’s grave. Evacuees also loaded up their vehicles with extra gas cans, their pets — mostly dogs, and one cockatoo — coolers filled with sandwich meat, family photographs and blankets. The shopping list for people who have decided to ride out the storm at home: plywood to board up their windows, sandbags, bilge pumps, generators, trash bags, potato chips, bottled water and wine.