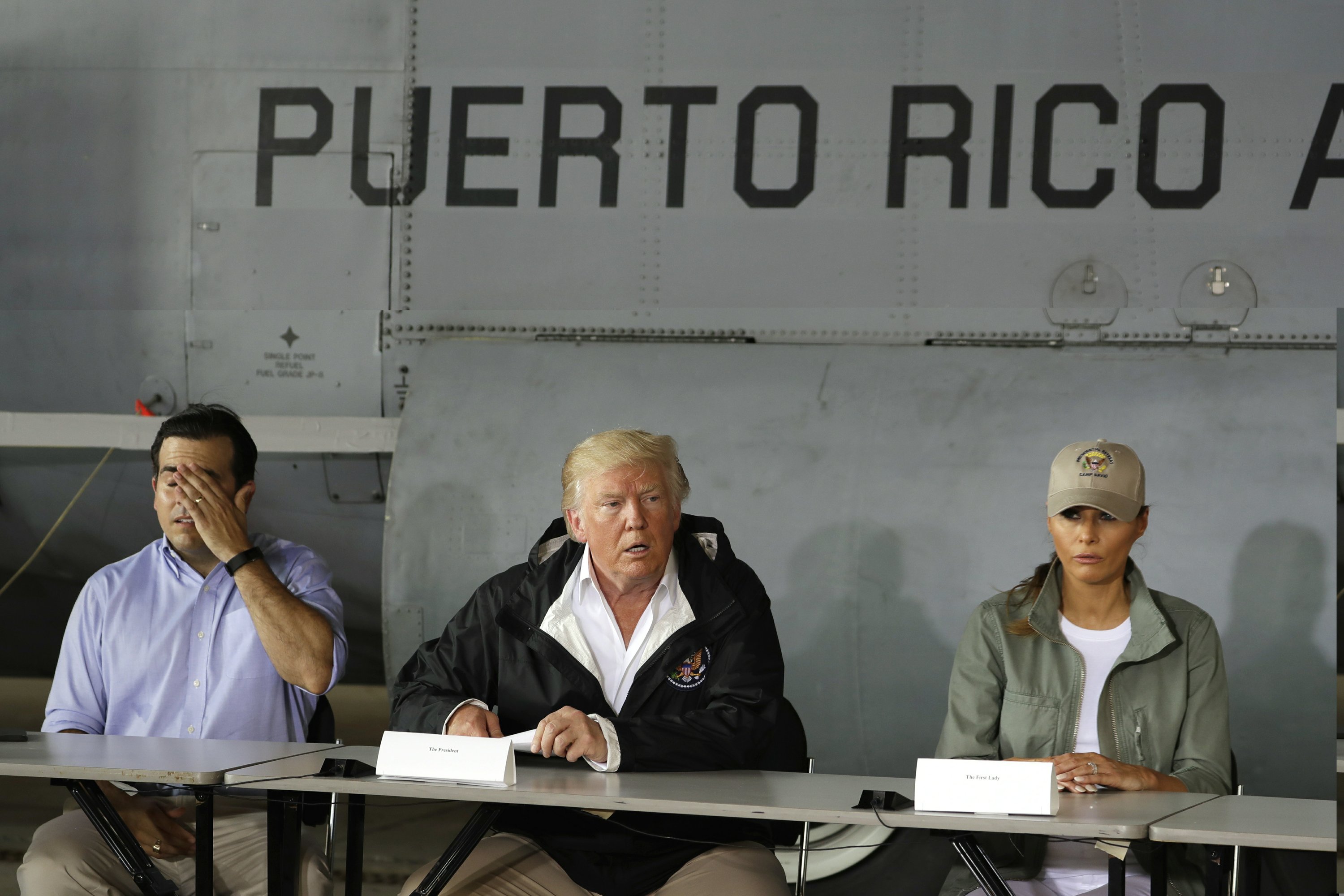 WASHINGTON — The number of illegal voters. Crowd size. The GDP.

President Donald Trump loves to cite stats and numbers to bolster his political standing. He just doesn’t seem to care much about whether they’re true.

More than any other president in recent memory, Trump openly embraces shaky numbers to shape his reality. No amount of fact checking or finger-pointing has steered him toward the truth. He rarely corrects himself and often leaves aides scratching their heads about where he gets his information.

On Thursday, Trump’s factually challenged tweeting took a new grim turn. He claimed the death toll from Hurricane Maria in Puerto Rico last year was inflated — “3,000 people did not die,” he tweeted — falsely blaming Democrats for a count intended to make him “look as bad as possible.”

More than any other public fight over the numbers, the comment rattled aides and stunned much of Washington. One Republican called it a “new low.” Many others dodged.

Although Trump is far from the only politician to cherry-pick favorable statistics, the president frequently engages in wholesale distortion, manipulating numbers to score a political point and leaving aides to clean up the mess. His questionable claims have addressed the success of the economy, the number of illegal voters in the 2016 election, the size of his inaugural crowd and much more. Those off-base numbers are often repeated by aides, regurgitated by conservative media and embraced by supporters.

Earlier this week, Trump tweeted: “The GDP rate (4.2 percent) is higher than the Unemployment Rate (3.9 percent) for the first time in over 100 years!”

Not quite: The GDP hit that number 12 years ago. Kevin Hassett, chairman of the Council of Economic Advisers, acknowledged that Trump was incorrect and said he wasn’t sure where the president received his information.

“Let me just say that the history of thought of how errors happen is not something that I can engage in,” Hassett told reporters. “And at some point, somebody probably conveyed it to him.”

Trump this summer told a rally crowd that “what you are seeing and what you are reading is not what’s happening.”

In the case of Puerto Rico, the official government conclusion is that nearly 3,000 Americans died from the storm and there is no evidence that Democrats attempted to manipulate the data. White House aides did little to explain the president’s tweets other than to suggest that Trump was marking the lower death total that was known when he visited the island two weeks after the storm hit.

Puerto Rico’s governor last month raised Maria’s official death toll from 64 to 2,975 after an independent study found that the number of people who succumbed in the sweltering aftermath had been severely undercounted. Previous reports from the Puerto Rican government said the number was closer to 1,400.

Trump’s attack on the number of dead enraged Rep. Ileana Ros-Lehtinen, R-Fla., who told reporters that Trump has a “warped mind that would turn this statistic into fake news.”

“It might be a new low,” said Ros-Lehtinen, who is retiring from Congress. “Boy, that’s saying something.”

Even Trump ally Sen. Lindsey Graham, R-S.C., said he believes the president “sees every attack on him as sort of undercutting his legitimacy. I don’t think it’s bad to say we could have done better in Puerto Rico.”

The sources of Trump’s bad information can be varied but often derive from cable news or Twitter.

Trump, who lost the 2016 popular vote to Hillary Clinton but won the electoral college, pushed the theory soon after his election that 3 million or more votes were illegally cast by noncitizens, an idea first floated in a series of tweets by Gregg Phillips, a little-known conservative activist. Phillips never backed up his claims. The authors of two studies on voting — one in the journal Electoral Studies, the other by the Pew Center on the States — accused then-press secretary Sean Spicer of misrepresenting their findings to support the president’s claim.

Trump at times has promoted flat-out lies and conspiracy theories, including suggesting that Obama was not born in the United States, that his predecessor may have wiretapped him or that Republican Sen. Ted Cruz’s father was involved in the plot to kill President John F. Kennedy. The habit predates his political career, though in his 1987 book, “The Art of the Deal,” he engages in a little spin, suggesting that his falsehoods were playing “to people’s fantasies.”

“That’s why a little hyperbole never hurts. People want to believe something is the biggest and the greatest and the most spectacular,” he wrote then. “I call it truthful hyperbole. It’s an innocent form of exaggeration — and a very effective form of promotion.”

Case in point: He added 10 floors to Trump Tower, the Manhattan skyscraper where he lived for decades. In promotional materials, the high-rise is listed as having 68 stories.