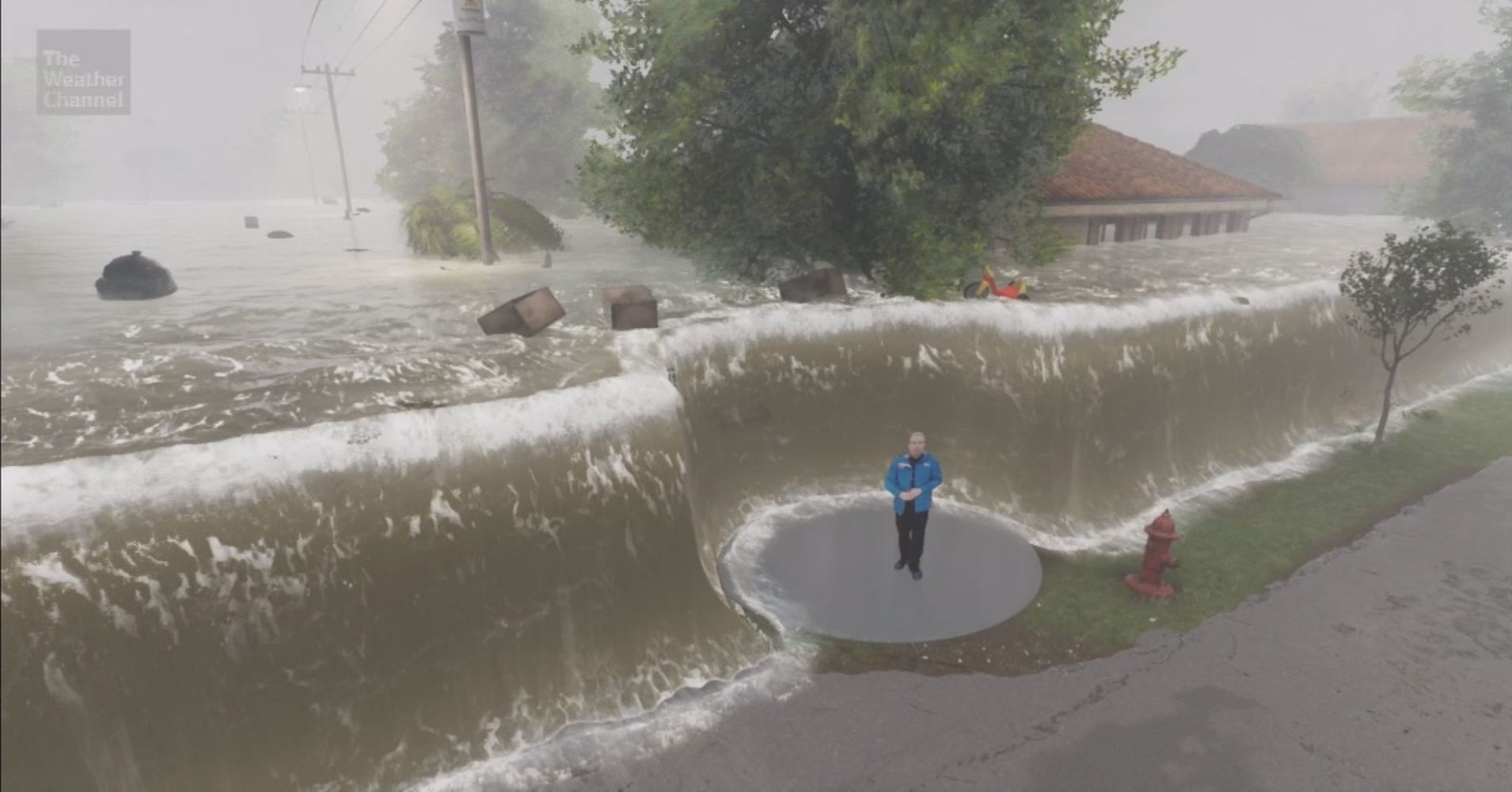 WASHINGTON — Behold the awesome power of water. Already the ocean is swallowing beaches, roads and anything else in the way of Hurricane Florence’s monstrous storm surge. Storm surges aren’t walls of water, like a tsunami, as commonly thought. Caused by a hurricane’s winds pushing relentlessly on the shore, they are more like domes of high water that form as the ocean spreads inland. The high water has destructive waves on top, and it comes in addition to normal tides.

“You are taking the ocean and raising it,” said storm surge expert Hal Needham, director of Marine Weather and Climate in Miami. “It’s not a wave the surfer rides. It’s actually raising the ocean. That’s why it’s so scary.”

Florence’s storm surge will probably be 7 to 11 feet (more than 2 to 3 meters) above ground in parts of North Carolina, according to the National Hurricane Center. Other areas can expect the surge to be taller than the average person — nearly 6 feet (2 meters) or higher.

Even if a house is elevated 10 feet (3 meters), with that kind of storm surge, “there’s a good chance there’s going to be water inside of it,” Needham said.

With Florence moving slowly and stalling, the storm surge is going to be a bigger, longer-term factor than normal because the water “just keeps piling up,” Needham said.

It’s not just beach areas that are at risk. Storm surge invades rivers and estuaries, too. And National Hurricane Center Director Ken Graham said that’s a particular worry with Florence.

“These bays, these rivers and these inlets, there’s so much storm surge the water is being literally forced to flow the opposite direction,” Graham said. “You can get storm surge even several miles inland.”

While hurricane-force winds can rip the roofs off houses, it is the water — storm surge, inland flooding, surf and drowning at sea — that kills nearly 9 out of 10 people in hurricanes like Florence.

The deadliest hurricanes to hit the U.S. mainland killed most of their victims with storm surge, including 2005’s Katrina, said Jeff Masters, meteorology director at Weather Underground.

But last year, even with hurricanes Harvey, Irma and Maria, no one in the United States died of storm surge, the National Oceanic and Atmospheric Administration announced. It was the first year that the hurricane center had started new storm surge warnings. Mostly people are getting better at evacuating, with three-quarters of the Florida Keys fleeing before Irma, Masters said.

Storm surge is also the source of vast amounts of damage. Masters estimated that storm surge caused at least $3 billion in damage, compared with maybe $1 billion for wind damage. Damaged or destroyed buildings are often rebuilt in the same surge-prone areas, with government aid, he said.

Needham, who drove all night from Miami to North Myrtle Beach, South Carolina, to watch and record the storm surge from the relative safety of a parking garage, said the storm surge had “already gobbled up the beach” there.

“It’s just going to be an interesting ride,” Needham said. “I could not sit home and watch it on TV. I had to be there.”

The worst storm surge comes in with a hurricane’s eye, and it arrives “with a lot of debris to batter you, and it’s not particularly survivable,” Masters said.

Storm surge is higher in the right-front quadrant of a storm because the system’s counterclockwise motion pushes more water inland, Masters said. Sometimes in the opposite quadrant there’s a reverse storm surge that makes the ocean retreat. That’s particularly dangerous because the ocean comes back quickly with 6 feet (2 meters) or more of water.

Storm surge is higher when the water just off the beach is shallower, Needham said. Think of it like a giant aquarium filled to the brim. If a large rock in thrown in, it spills over. But if the aquarium is not full, it’s only a ripple.

Tides are another factor. The surge is highest when the tides are high. The coast of the Carolinas is about middle of the road with about 4 to 5 feet of difference (1.2 to 1.5 meters) between high and low tides.

The shape of the coastline is another factor. If it is bowl-shaped, like in Georgia and South Carolina, the surge is deeper, but when it is the opposite shape, like the Outer Banks, it’s less so, Needham said.

Seas have risen from global warming, making all of this even worse. In Wilmington, North Carolina, the sea level is close to 8 inches (20 centimeters) higher than in 1935, according to NOAA. Those few inches can mean the difference between staying dry and enduring costly damage.