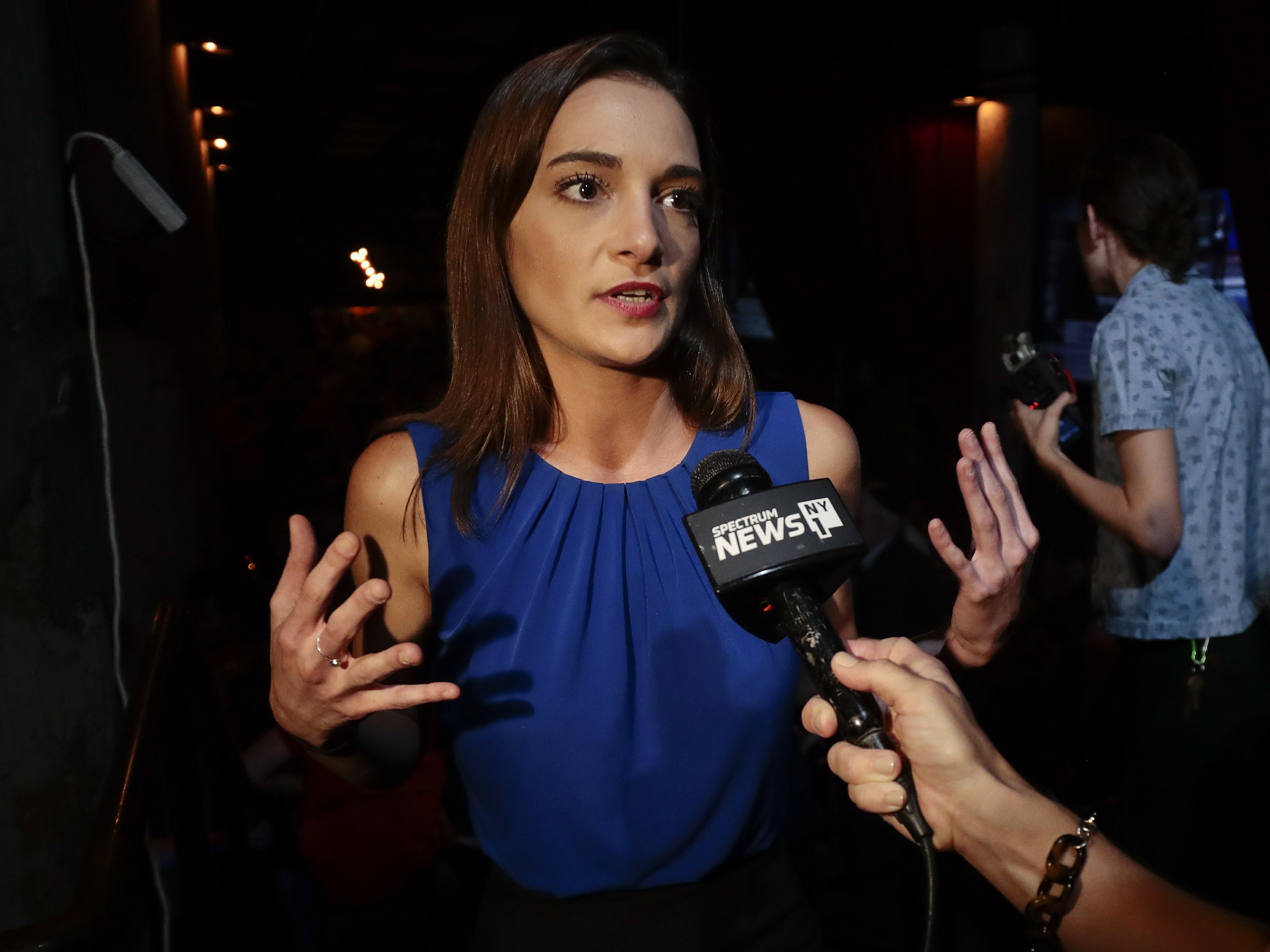 NEW YORK — Democratic socialist Julia Salazar overcame intense scrutiny of her personal life to win the Democratic primary for a state Senate seat in Brooklyn while voters throughout the state punished a group of incumbent Democratic legislators they perceived as too friendly to Republicans.

There is no Republican candidate running in the district in the general election, virtually guaranteeing her the seat.

Her victory came on a night when primary voters also took their revenge on a splinter group of Democratic state senators who broke with the party to join a group that supported Republican control of the chamber.

Despite a political deal earlier this year to end the schism, six of the eight members of the now-defunct Independent Democratic Conference were ousted in party primaries Thursday — a sign that liberal voters in New York are unwilling to tolerate collusion with Republicans in the age of President Donald Trump.

Those insurgent victories were a consolation prize for candidates at the top of the left-wing’s ticket in the state’s primary.

“Your victories tonight have shown that the blue wave is real and it’s not only coming for Republicans, but for the Democrats who act like them,” said Cynthia Nixon, who lost her bid to unseat Democratic Gov. Andrew Cuomo.

Dilan, 67, was not among the renegade Senate Democrats, but he represented a district that has gone through major changes, with longtime residents being pushed out by rising rents and an influx of mostly white, wealthier newcomers.

Salazar built a grassroots campaign to unseat him on the grounds that he hadn’t done enough to help the poor or stop gentrification.

But in recent weeks, the race became a soap opera as reporters dug into her background.

Salazar faced criticism for saying she was an immigrant from Colombia who struggled financially growing up when she was actually born in Florida and had hundreds of thousands of dollars in a trust fund. She was scrutinized, too, over a political and religious conversion during her years at Columbia University, where she transformed from an anti-abortion Christian Republican to a hard-left Jewish Democrat.

One group revoked its endorsement after learning Salazar hadn’t graduated from Columbia, as she said on its survey.

Salazar said she “inadvertently misrepresented” her family’s history and chalked up some biographical discrepancies to mistakes by her staff.

Then, reporters revealed that in 2011, when she was in college, Salazar was accused of attempted bank fraud by the estranged wife of a famous neighbor in Florida, former New York Mets player Keith Hernandez.

Salazar was arrested but not prosecuted. She later filed a lawsuit accusing Hernandez’s wife, Kai Hernandez, of trying to frame her because she erroneously believed she was having an affair with her husband. Kai Hernandez settled the lawsuit for $20,000.

Two days before the election, a conservative news site, The Daily Caller, told the Salazar campaign it was about to publish a story identifying her as a woman who had anonymously accused a spokesman for Israeli Prime Minister Benjamin Netanyahu of sexual assault.

Saying she didn’t want to be “outed” against her will, Salazar tweeted about it, saying the Netanyahu aide, David Keyes, had bullied her into an unwanted sex act.

Keyes called it a false allegation “made by someone who has proven to be repeatedly dishonest about her own life,” but after additional women came forward with accusations, including a Wall Street Journal reporter, he took a leave of absence. At least four female Israeli lawmakers called upon Netanyahu to suspend Keyes.

Dilan was first elected in 2002 and was a member of the state Senate Democratic Conference’s leadership. He spent 10 years in New York’s City Council before being elected to the Senate.

Thursday’s primary was a difficult one for the former IDC members, all eight of whom faced primary challenges, even after Cuomo brokered a deal earlier this year to reunify Senate Democrats.

The schism was little noticed outside Albany until Trump’s election galvanized liberals.

Among those losing their races was Bronx Sen. Jeff Klein, the former IDC leader and current No. 2 in the state Senate. Klein lost to Alessandra Biaggi, an attorney who has worked for Cuomo’s and Hillary Clinton’s campaigns.

The Democratic leader in the state Senate, Andrea Stewart-Cousins, who supported the former IDC candidates, said voters had “made it clear that this is a new day and politics as usual are no longer acceptable.”

But voters also decided to support another breakaway Democrat, Brooklyn Sen. Simcha Felder. Felder was not an IDC member but also voted with the Republicans, letting them remain in control even though Democrats outnumbered them in the Senate by one seat.