Smart outraged by planned release of 1 of her kidnappers 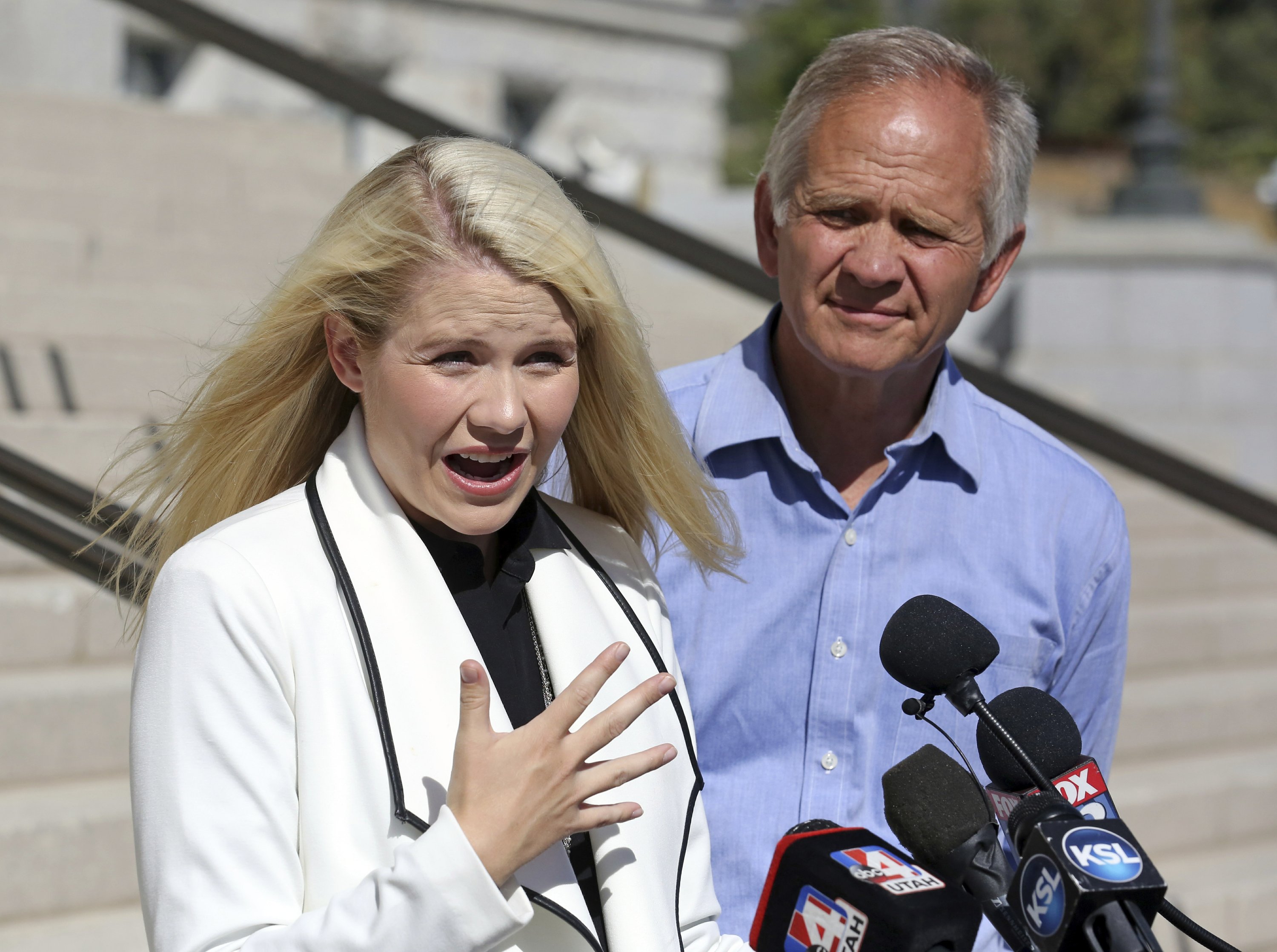 SALT LAKE CITY — Elizabeth Smart said Thursday the news that one of her kidnappers will be released from prison next week was “a big shock,” and she hopes there is a way the woman can be committed to a treatment facility since there is no legal recourse to keep her behind bars.

Wanda Barzee is expected to be freed next week after 15 years in custody, including time at the state hospital, after Utah authorities said they had miscalculated the amount of time the 64-year-old woman should serve.

Standing on the steps of the Utah state capitol, Smart, now 30, recalled some of the horrors she experienced when she was snatched from her home in 2002.

“She is a woman who had six children yet could co-conspire to kidnap a 14-year-old girl, and not only sit next to her while being raped but encourage her husband to continue to rape me,” Smart said. “So do I believe she’s dangerous? Yes.”

She said Barzee “saw me as her slave. She called me her handmaiden. She never hesitated to let her displeasure with me be known.”

Barzee is expected to be freed next Wednesday. Her attorney questioned at a hearing in June whether her release date took into account time she’d served in a federal prison, and on Tuesday the board agreed that she had served her sentence.

Attorney Scott Williams has said Barzee has been diagnosed with several mental illnesses, but he’s not concerned about her being a danger to the community. Williams did not immediately return a message seeking comment Thursday.

“I only found out shortly before everybody else,” said Smart, who is now a married mother and activist for victims’ rights. “And yes, it was a big shock. Only months ago, I was on my way to a parole hearing and was told she would never be let out before 2024.”

Her father Ed Smart also questioned why authorities didn’t give her more warning about the impending release.

Smart said she is taking unspecified steps to protect her family, but that she refuses to live in a “state of fear.”

If Barzee had shown more clear signs of rehabilitation, she would likely feel differently about her release, Smart said.

“I do believe in forgiveness. I am a Christian,” she said. She also urged authorities to reconsider release decisions, and take the possibility of further threat into considering rather than simply the time they’ve served.

Smart was abducted from her Salt Lake City bedroom at knifepoint by street preacher Brian David Mitchell, who came in through an open kitchen window. The kidnapping triggered waves of fear around the country.

Smart was found while walking with Barzee and Mitchell on a street in the suburb of Sandy, Utah, by people who recognized the couple from media reports.

Mitchell is serving a life sentence after being convicted of kidnapping and raping Smart. He and Barzee were married at one point.

Barzee was convicted of both state and federal crimes, and transferred to the Utah state prison in April 2016 after finishing a federal sentence in Texas. She will be under federal supervision for five years after her release from prison.

If she violates the conditions of her release, which will include mental health treatment and an order not to contact Smart’s family, she could go back to prison, said Smart’s attorney Brett Tolman.

Tolman was previously the U.S. Attorney for Utah who prosecuted Mitchell, and is now in private practice.

Barzee’s family could also request a possible civil commitment to a mental-health facility, if that’s warranted, he said.