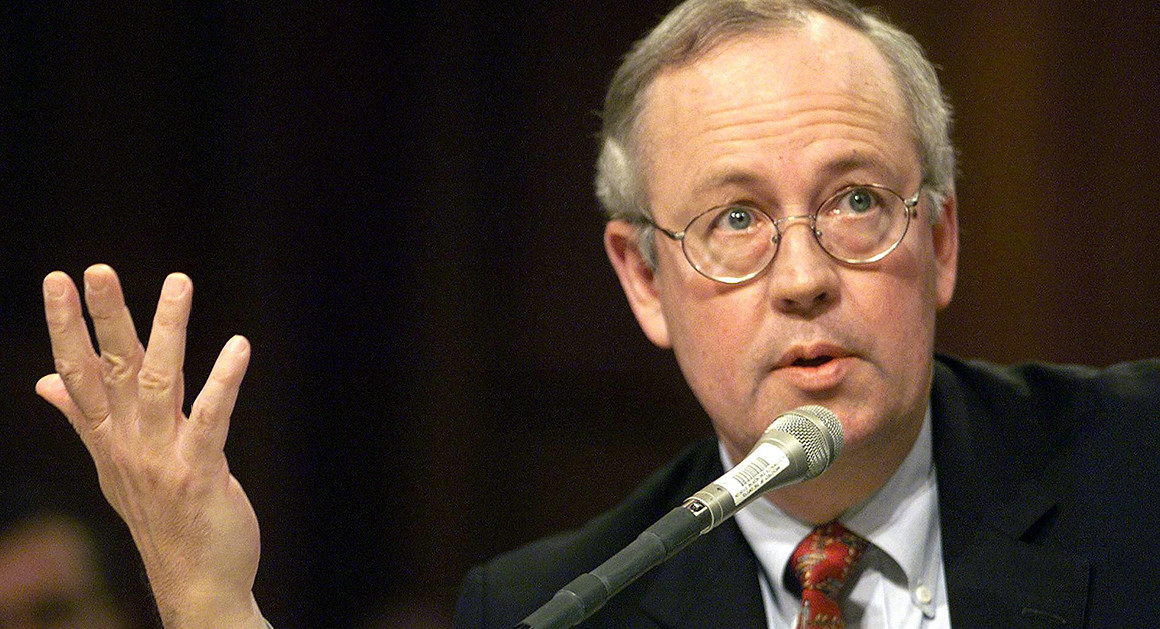 “As someone who is interested in process and fairness, obviously, any allegation of this kind of nature is an unfortunate, serious allegation,” Starr said Sunday during an interview with CNN’s Jake Tapper, which took place before the accuser revealed her identity. “But to be honest, I was outraged about the timing as well as the process that the letter from something long ago was in the hands — and you covered it very well — of the Democrats in July and yet there was nothing done about this,” Starr continued. “I just think it’s too late for there to be any serious consideration at this stage. The matter has adjourned, you had the opportunity to come forward, and you failed to do that year after year after year.”

Kavanaugh was anonymously accused Thursday of trying to force himself on a girl at a party while was in high school some 30 years ago. The woman revealed her identity and the specifics of the alleged incident to the Washington Post Sunday.

Sen. Dianne Feinstein from California, the top Democrat on the Senate Judiciary Committee, made a public statement days before the Kavanaugh confirmation vote that someone was anonymously alleging sexual misconduct against Kavanaugh. She said a woman sent a letter to Congressional House Rep. Anna Eshoo, D-Calif., in July specifically asking to remain anonymous. Kavanaugh has “categorically and unequivocally” denied the claim.

It was indeed irresponsible of Feinstein to make a public statement about this misconduct if the victim insisted on remaining anonymous.

Now that the alleged victim is willing to speak on the record, it is most likely that the confirmation vote will be delayed again and an investigation will need to take place to substantiate these claims. Kavanaugh certainly has a right to face his accuser and the public has the right to see how this plays out with due process.

One thing is for sure, Democrats will succeed in delaying the Kavanaugh confirmation vote.