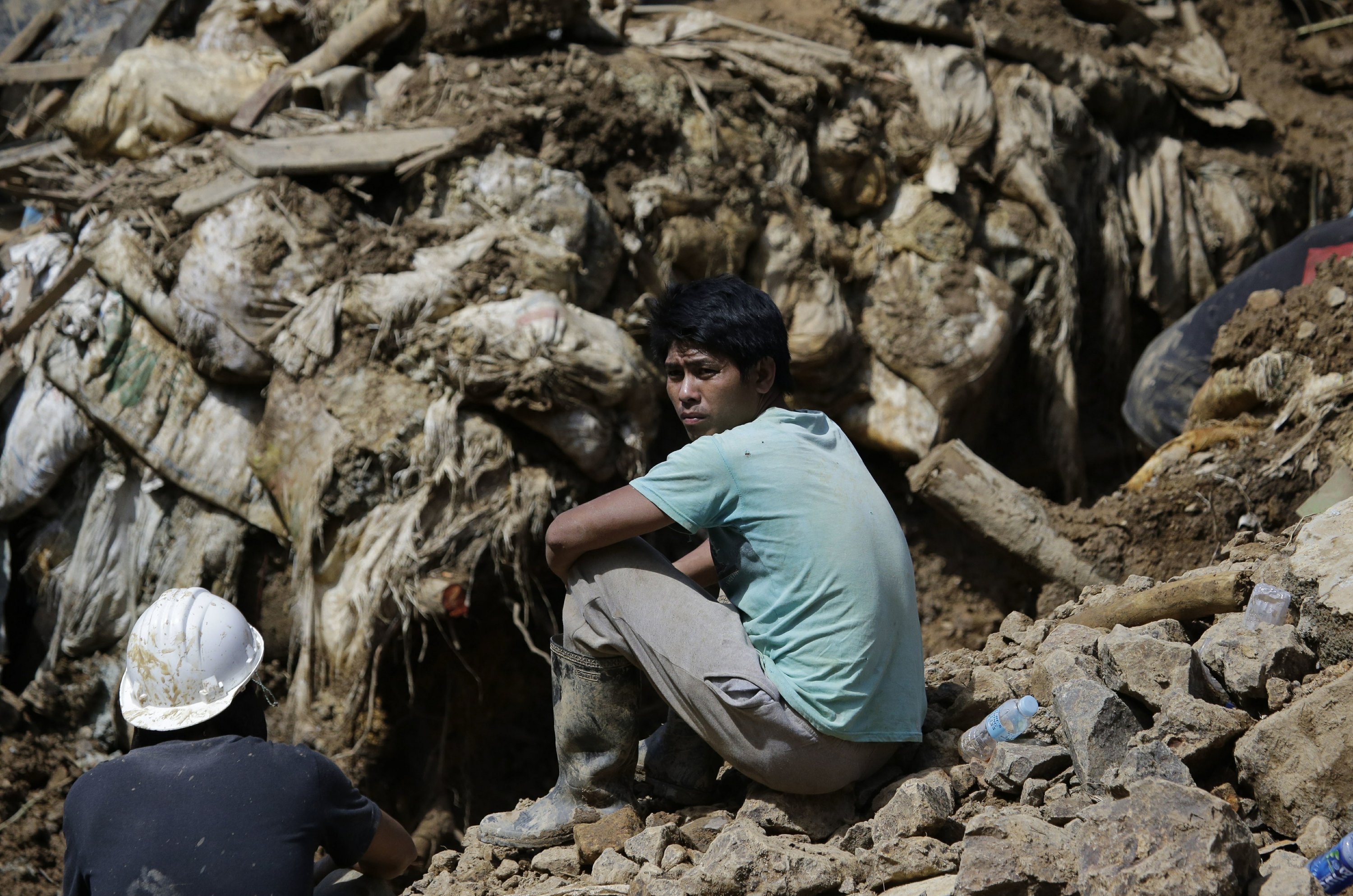 ITOGON, Philippines — The Philippines will deploy soldiers and police to stop illegal mining in six mountainous northern provinces in a drastic decision to prevent tragedies like the landslides set off by a typhoon that have buried dozens of poor people, including small-scale miners.

Environmental Secretary Roy Cimatu announced the ban on unauthorized mining during a news conference Monday in Benguet province, where 54 of the 65 deaths occurred since Typhoon Mangkhut hit the Philippines on Saturday. Another four deaths from Mangkhut occurred in China, where the typhoon weakened to a tropical storm Monday as it churned inland.

The ban covers about 10,000 small-scale miners in Benguet’s Itogon town, where dozens of poor miners and their families were feared buried alive after seeking shelter at the height of the storm in a chapel that had once been a miners’ bunkhouse. Hundreds of rescuers using shovels and picks were searching in the red mud for dozens still missing.

Philippine officials have said in the past that gold mines tunneled by big mining companies legally or by unauthorized individuals and small outfits have made the hillsides unstable and more prone to landslides. Tens of thousands of small-time miners in recent years have come to the mountain provinces from the lowlands and established communities in high-risk areas like the mountain foothills of Itogon.

Mangkhut on Monday was still affecting southern China’s coast and the provinces of Guangdong, Guangxi and Hainan and rain and strong winds were expected to continue through Tuesday. The Hong Kong Observatory said Mangkhut was the most powerful cyclone to hit the city since 1979, packing winds of 195 kilometers per hour (121 mph).