The Latest: Woman who accused Kavanaugh has come forward 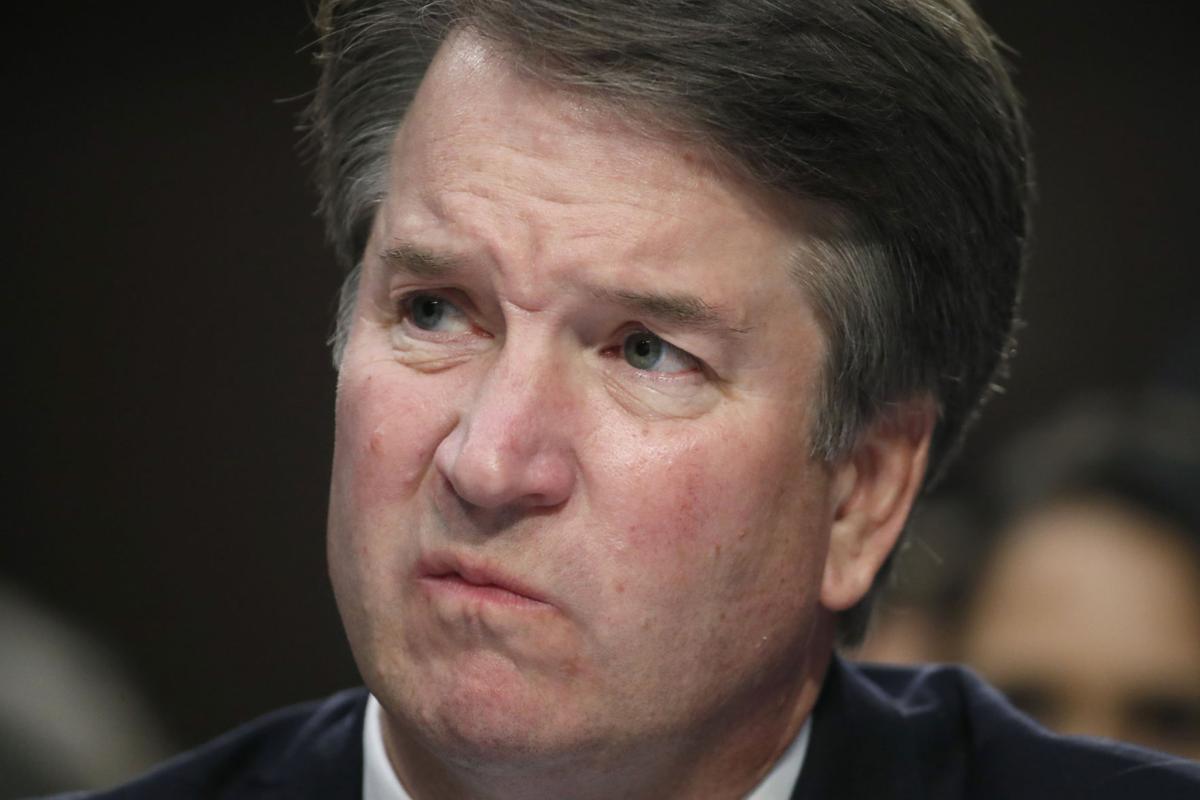 WASHINGTON — The Latest on Supreme Court nominee Brett Kavanaugh and an allegation of sexual misconduct against him (all times local):

A House Democrat from California says she’s “grateful” the woman accusing Supreme Court nominee Brett Kavanaugh of sexual misconduct in high school has the courage to tell her story.

The woman accusing Kavanaugh of sexual misconduct, Christine Blasey Ford, discussed her accusation in an interview with The Washington Post. Kavanaugh has denied the accusation.

Her congresswoman, Democrat Anna Eshoo, says in a statement Sunday that she’s proud of her constituent for “the courage she has displayed to come forward.”

Eshoo says that in weighing privacy concerns, the woman “has demonstrated her willingness to risk these factors to present the truth.”

Eshoo’s statement doesn’t refer to Ford by name. Ford tells the Post that she sent a letter about Kavanaugh to Sen. Dianne Feinstein via Eshoo’s office. Feinstein is the top Democrat on the Judiciary Committee.

Republicans on the Senate Judiciary Committee have given no indication they plan to delay Thursday’s vote on Supreme Court nominee Brett Kavanaugh amid an allegation of sexual misconduct from when he was in high school.

A spokesman for Chairman Chuck Grassley of Iowa said Sunday that “it’s disturbing that these uncorroborated allegations from more than 35 years ago” would surface ahead of voting.

Spokesman Taylor Foy had no new information about the committee’s planned vote. He says Kavanaugh already went through several days of hearings and was vetted by the FBI. He says the committee’s top Democrat, Sen. Dianne Feinstein of California, should have brought the matter to the panel earlier.

He says, “It raises a lot of questions about Democrats’ tactics and motives.”

Kavanaugh has denied the accusation.
___

The Senate’s Democratic leader says the Republican chairman of the Judiciary Committee must postpone a vote on Brett Kavanaugh’s Supreme Court nomination now that a woman accusing Kavanaugh of sexual misconduct decades ago has told her story to The Washington Post.

New York Sen. Chuck Schumer said Sunday that postponement is warranted until what he calls “serious and credible allegations” are thoroughly investigated. Kavanaugh has denied the accusations.

Schumer says that women making serious allegations of abuse have been ignored for too long.

Schumer says Kavanaugh’s credibility on other issues has been questioned. He says that to “railroad a vote now” would insult the women of America and the integrity of the Supreme Court.

The senator who received a letter from a woman accusing Supreme Court nominee Brett Kavanaugh of sexual misconduct when they were teenagers says she supports the woman’s decision to tell her story publicly.

Dianne Feinstein of California, the top Democrat on the Senate Judiciary Committee, also says the FBI should investigate now that Christine Blasey Ford has spoken to The Washington Post in an article posted Sunday. Feinstein says the investigation should occur before the Senate moves ahead with Kavanaugh’s nomination.

The Senate Judiciary Committee plans to vote Thursday on whether to recommend that the full Senate confirm him to a lifetime appointment on the nation’s highest court.

Feinstein says she believed from the outset that the allegations were “extremely serious” and “bear heavily” on Kavanaugh’s character.

The woman accusing Supreme Court nominee Brett Kavanaugh of sexual misconduct when they were teenagers has come forward to The Washington Post.

California professor Christine Blasey Ford tells the newspaper that Kavanaugh and a friend corralled her in a bedroom during a gathering at a house in Maryland in the early 1980s. She says that both boys were “stumbling drunk” and that the friend watched as Kavanaugh pinned her to a bed and clumsily tried to pull off her clothes.

She says she tried to scream and Kavanaugh covered her mouth with his hand.

Ford says she escaped when Kavanaugh’s friend jumped on top of them and they tumbled.

The now-53-year-old Kavanaugh denies the allegation.

Ford says she didn’t reveal what happened until 2012 during couples therapy with her husband.
___

A Democratic senator says an anonymous allegation of sexual misconduct this late in the process is unlikely to derail Judge Brett Kavanaugh’s nomination to the Supreme Court.

But Doug Jones of Alabama says there’s time for lawmakers to investigate. The Senate Judiciary Committee plans to vote on the nomination Thursday.

Kavanaugh has denied an allegation of sexual misconduct dating to when he was in high school. The New Yorker magazine reported that the alleged incident took place at a party when the now 53-year-old Kavanaugh attended private school in Maryland. The woman making the allegation attended a nearby school.

Jones says he wishes the matter had been raised earlier.