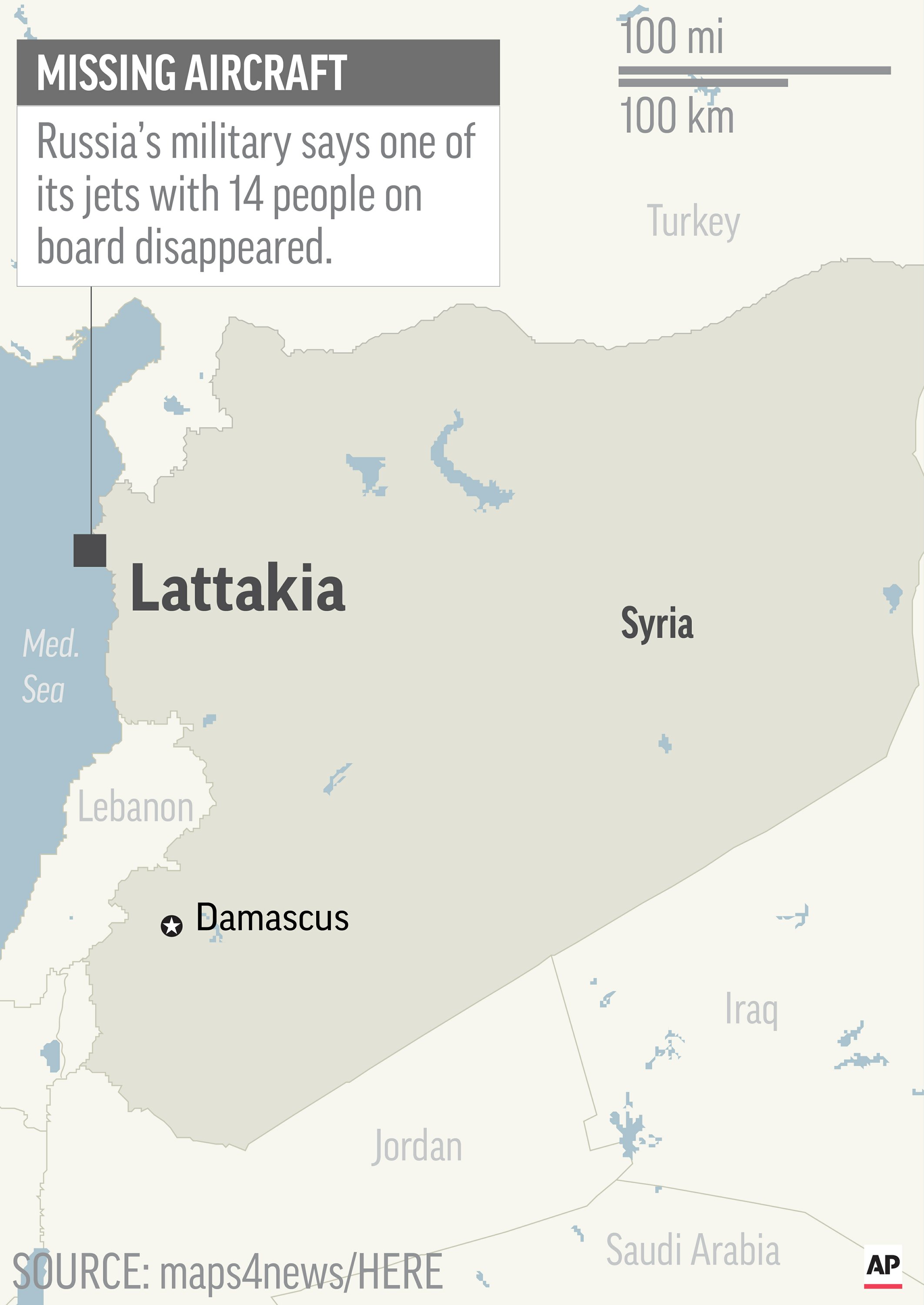 MOSCOW — The Latest on the disappearance of a Russian military aircraft over the Mediterranean (all times local):

Russia’s Defense Ministry says one of its reconnaissance aircraft with 15 people on board has been brought down by a Syrian surface-to-air missile over the Mediterranean Sea. Rescuers are searching for wreckage but do not expect survivors.

The Russian military said on Tuesday that the plane was hit by accident by one of the missiles, which were aimed at four Israeli fighter jets that were attacking targets in the coastal province of Latakia late on Monday.

Russia said the Israeli aircraft “pushed” the Russian plane into the line of fire. The ministry accused the Israeli army of “intentional provocation” and said Israel did not warn Russia of its operation in the area until one minute before the strike.

Russia has been a key backer of Syrian President Bashar Assad and it has two military bases in the country, including one close to the Mediterranean coast.
___

Russia’s military says one of its aircraft with 14 people on board has disappeared over Syria’s Mediterranean Sea coast.

The Russian Defense Ministry said in a statement Tuesday that the Il-20 jet went off radar 35 kilometers (22 miles) away from the coast late Monday as it was returning to the Russian base near the city of Lattakia. The military said the plane disappeared as four Israeli fighter jets were attacking targets in the area.

Officials did not immediately say if the plane was shot down.