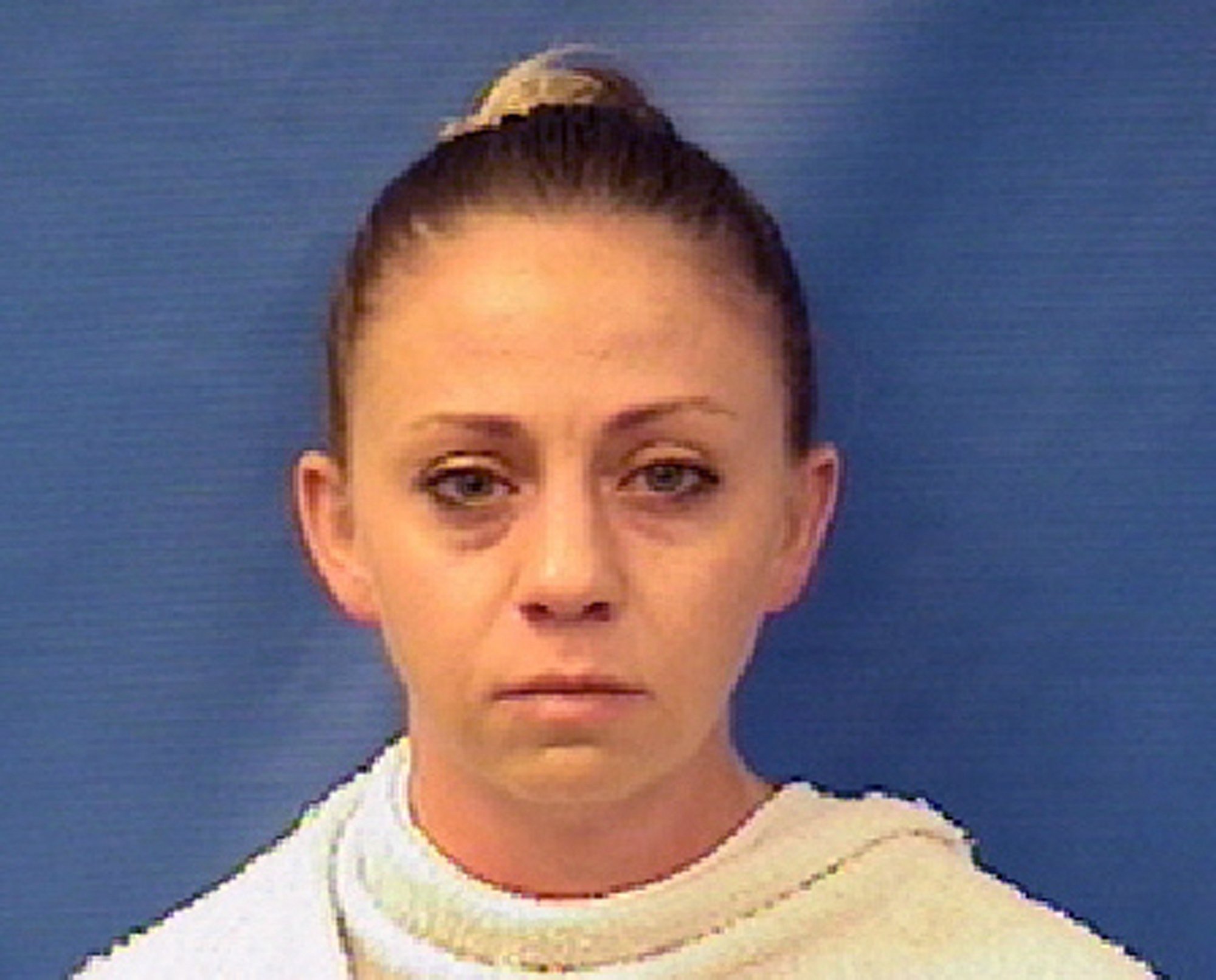 DALLAS — A white police officer accused of fatally shooting her black neighbor inside his own apartment was fired Monday for “adverse conduct,” the Dallas Police Department said in a statement.

Police Chief U. Renee Hall dismissed Officer Amber Guyger during a hearing Monday, according to the statement posted on Twitter.

Guyger has been charged with manslaughter in the Sept. 6 shooting that left 26-year-old Botham Jean dead. Court records show Guyger said she thought she had encountered a burglar inside her own home. She turned herself in three days later , and is currently out on bond.

“An Internal Affairs investigation concluded that on September 9, 2018, Officer Guyger #10702, engaged in adverse conduct when she was arrested for Manslaughter,” the statement said. It doesn’t explain what “adverse conduct” means.

The Jean family attorneys and protesters have been calling for her to be fired since the shooting. The family did not immediately comment on the dismissal of the four-year veteran of the force.

There are conflicting narratives over what led up to the shooting.

Guyger told investigators that she had just ended a shift when she returned in uniform to the South Side Flats apartment complex where she lived.

She said when she put her key in the apartment door, which was unlocked and slightly ajar, it opened, according to the affidavit. Inside, the lights were off, and she saw a figure in the darkness that cast a large silhouette across the room, according to the officer’s account.

Guyger said she concluded her apartment was being burglarized and gave verbal commands to the person, who ignored them. The affidavit said she then drew her weapon and fired twice.

She called 911. When asked where she was, she returned to the front door to see she was in the wrong unit, according to the affidavit. The 911 tapes have not been released.

But, according to an affidavit for a search warrant, Jean and Guyger encountered each other at the door to his apartment.

In a statement Monday, Dallas Mayor Mike Rawlings said he agrees with the decision to fire Guyger.

“The swift termination of any officer who engages in misconduct that leads to the loss of innocent life is essential if the Dallas Police Department is to gain and maintain the public trust,” the statement read.