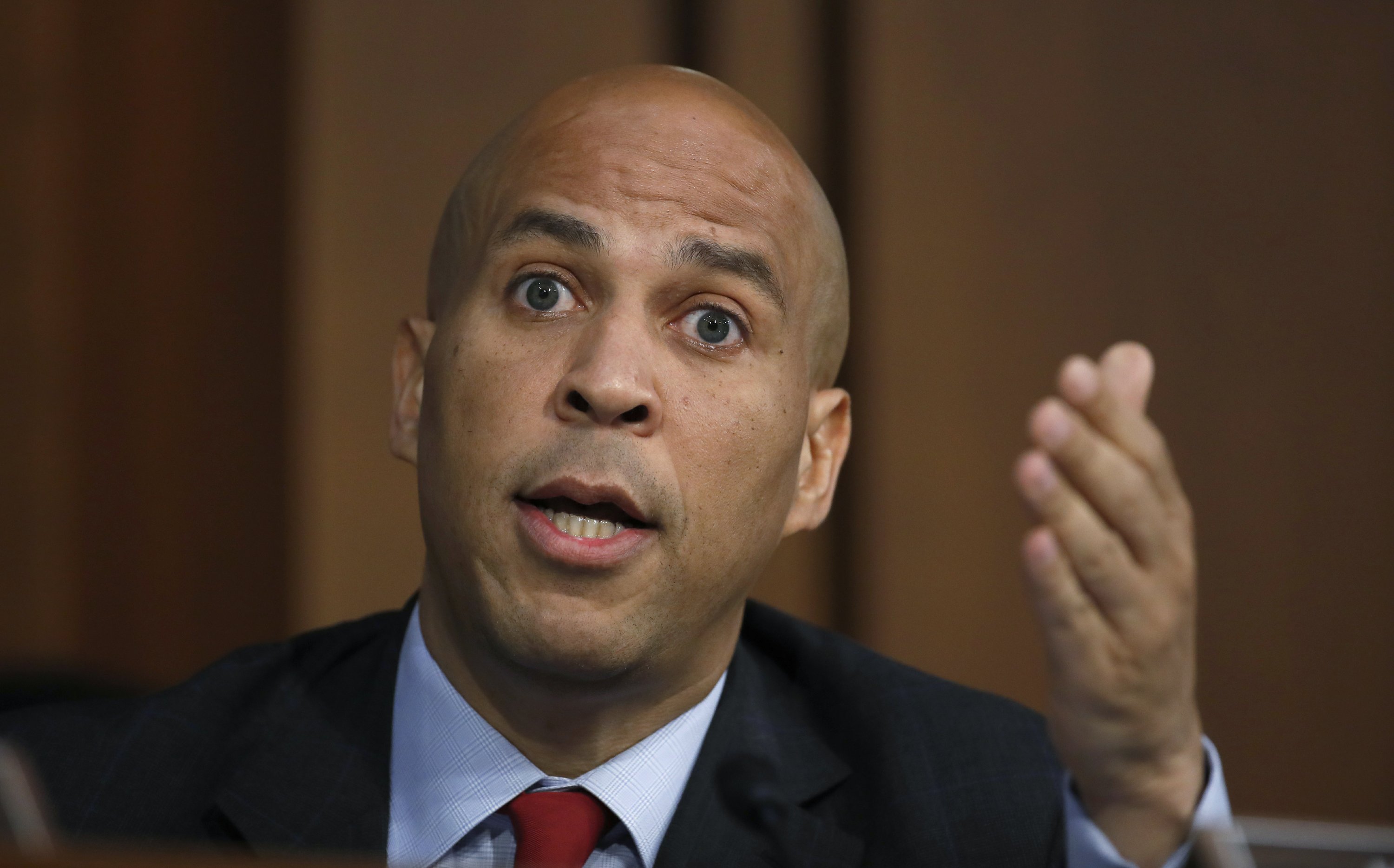 DES MOINES, Iowa — Cory Booker is not being subtle.

The Iowa caucuses are well over a year away, but the New Jersey senator is working overtime to make an impression in Iowa and in other states that will be crucial to winning the Democratic presidential nomination in 2020.

Booker has secured the keynote speaker role at the marquee fall Democratic Party fundraising banquet in Des Moines on Oct. 6. He’ll also headline a Democratic fundraiser later in October in South Carolina, which holds the first primary in the South and is a key test of support among black voters.

Adding to the intrigue surrounding Booker is his budding relationship with Des Moines lawyer Jerry Crawford, a party powerbroker helping the senator make connections in Iowa. After Crawford attended a dinner with Booker in the Washington area last spring, he arranged meetings in Newark for him with influential Iowa Democrats, including state House Minority Leader Mark Smith.

The moves are a notable break from the approach of other well-known Democrats considering 2020 campaigns. While many potentially top-tier prospects have fostered relationships in Iowa, Booker is the only one — for now — to be in the state ahead of the November midterm elections. The strategy is risky but gives Booker the opportunity to introduce himself to Iowa voters before other high-wattage candidates show up later this year or in early 2019. That, according to some Iowa political operators, could prove helpful.

“I’m aware of Sen. Booker,” said Nathan Thompson, a Democratic chairman in Winneshiek County. “He definitely seems like he has presidential ambitions. But I’m not real familiar with him, beyond being the former mayor of Newark.”

A spokesman for Booker, Jeff Giertz, insists the senator has not decided to run for president and is focused purely on the midterms.

Booker has campaigned for Democrats in 20 states “with one purpose in mind: to support great Democratic candidates who will be a check and balance to President Trump,” Giertz said.

Still, Booker is working to build his profile with a recent appearance on “The Tonight Show” and a sprawling profile in New York magazine last week in which he said it would be “irresponsible” for him not to consider a presidential bid.

But nothing has put Booker on the political map quite like his actions during Supreme Court nominee Brett Kavanaugh’s confirmation hearing before the Senate Judiciary Committee. He made public some documents the panel had kept secret, risking potential expulsion from the Senate.

“This is about the closest I’ll probably ever have in my life to an ‘I am Spartacus moment,'” he said.

If Kavanaugh returns to the Judiciary Committee this week to address a woman’s allegation that he sexually assaulted her in the 1980s when they were teenagers, one of two sexual-misconduct allegations Kavanaugh is denying as they roil his court nomination, Booker will almost certainly have another starring role. While such performances cause some observers in Washington to view Booker as overly theatrical, he’s so far used it to create a buzz in Iowa, said former state Democratic Chairwoman Sue Dvorsky.

“It’s a good event for Booker to make his move,” Dvorsky said.

Dvorsky recalled the winning impression Booker left when he spoke to Iowa’s delegation to the Democratic National Convention in Charlotte, North Carolina, before the 2012 election.

“He had them eating out of his hand,” she recalled.

But commanding a ballroom of influential state party leaders is different from grasping the concerns at a cafe table in rural Iowa, where Barack Obama connected during his winning 2008 Iowa caucus campaign. That leaves some Democratic strategists uncertain about Booker’s prospects.

“Soaring oratory that can inspire is a very different skill set from the natural ability to connect with voters of all political stripes,” said Jim Messina, Obama’s 2012 campaign manager.

As a young, black senator with a background in urban politics and known for his oratory, Booker inevitably draws comparisons to Obama, whose win in the 2008 Iowa caucuses propelled him to the Democratic nomination that year. But Iowa political strategists say it’s premature to expect a repeat of Obama’s explosive rise, ignited by his speech to the 2004 Democratic National Convention in Boston as a little-known Illinois senator.

“It would be hard to top the moment Barack Obama seized at the 2004 convention,” said John Norris, a veteran Democratic Iowa caucus operative who advised Obama’s 2008 campaign.

Sandy Cronbaugh of rural eastern Iowa, who supported Obama in 2008, recalled him “listening to what we were saying about problems with rural health care.”

“I haven’t read up on Cory Booker yet,” Cronbaugh said. “I would need to know more about him.”