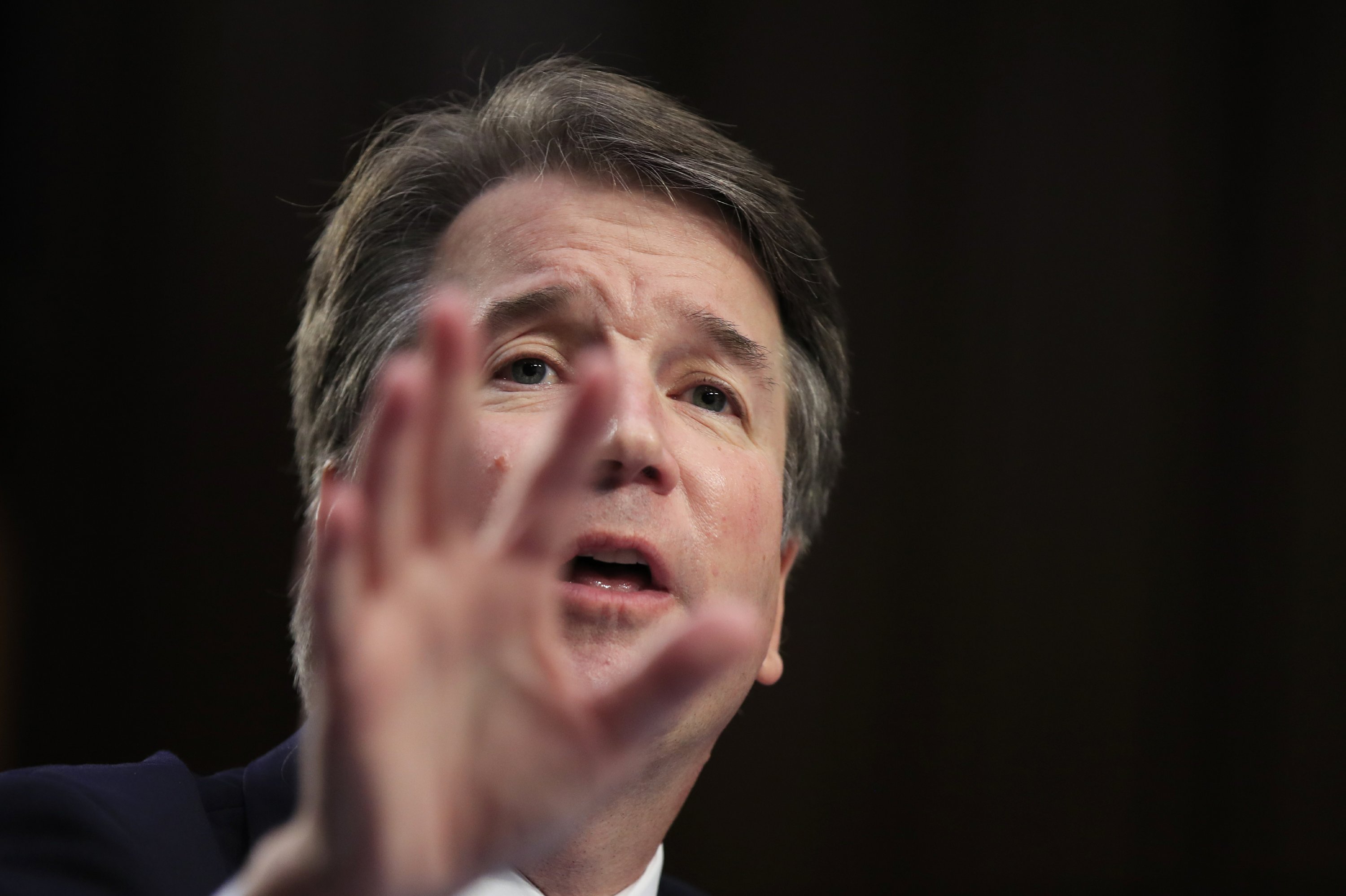 She said on CBS “This Morning” that the allegations against Kavanaugh, now by a second woman, sound like a “vast left-wing conspiracy.”

Conway said: “Are we going to put decades of pent-up demand for women to feel whole on one man’s shoulders?” She added that the second woman, who alleges that Kavanaugh exposed himself to her at Yale, is welcome to testify to the Senate Judiciary Committee. The first accuser, Christine Blasey Ford, is expected to do so on Thursday.

Conway said, “I don’t think one man’s shoulders should bear decades of the #MeToo movement” that has toppled powerful men across industries over the last year.
__

Writer Ronan Farrow is defending his article in the New Yorker in which a second woman accuses Supreme Court nominee Brett Kavanaugh of sexual misconduct.

The new accusation landed late Sunday hours after negotiators reached an agreement to hold a public hearing Thursday for Kavanaugh and his first accuser, California college professor Christine Blasey (BLAH’-zee) Ford, who says he sexually assaulted her at a party decades ago.

The second claim against Kavanaugh dates to his first year at Yale University. Colorado resident Deborah Ramirez tells The New Yorker Kavanaugh thrust his penis in her face at a party and caused her to touch it without her consent.

Farrow told ABC on Monday there are “several people in this story who back Ms. Ramirez.”

President Donald Trump was told about the new sexual misconduct allegations about Brett Kavanaugh in the New Yorker hours before the explosive publication Sunday, according to a White House official.

Trump cast doubt on the veracity and the timing of the piece, believing it was further proof of what he has been saying privately: that the Democrats and media were conspiring to undermine his Supreme Court pick. That’s according to a White House official who spoke on condition of anonymity because the office was not authorized to speak publicly.

The president showed no initial sign of wanting to walk away from Kavanaugh and expressed frustration that the confirmation process has not moved more quickly.

That reflected a growing sentiment in the West Wing: that delays in the process have allowed more time to produce additional politically motivated decades-old allegations intended to sully Kavanaugh’s reputation, the official said.

The White House remained firmly behind Kavanaugh Monday and planned an aggressive defense, said a White House official not authorized to speak publicly, who stressed the lack of corroborating evidence.

—By Jonathan Lemire and Catherine Lucey

Conway noted Monday on CBS “This Morning” that Kavanaugh, in a statement Sunday, called the allegations a “smear campaign.” he added, “This is starting to feel like a vast left-wing conspiracy.”

Conway’s rhetoric echoes Hillary Clinton’s 1998 description of allegations that her husband, President Bill Clinton, had had affairs. She called them a “vast right-wing conspiracy.”

Kavanaugh staunchly denies both accusations. He and Christine Blasey Ford, who says Kavanaugh assaulted her while both were teens in the 1980s, are set to testify Thursday before the Senate Judiciary Committee.

The New Yorker on Sunday published an accusation from a second woman, who said Kavanaugh exposed himself and forced her to touch his genitals while both were at Yale.

A second allegation of sexual misconduct has emerged against Judge Brett Kavanaugh, a development that has further imperiled his nomination to the Supreme Court. It has also forced the White House and Senate Republicans onto the defensive and fueled calls from Democrats to postpone further action on his confirmation.

The new accusation landed late Sunday in a report from The New Yorker, just a few hours after negotiators had reached an agreement to hold an extraordinary public hearing Thursday for Kavanaugh and Christine Blasey Ford, who accuses him of sexually assaulting her at a party when they were teenagers. Kavanaugh denies the claim.

In the second claim, Deborah Ramirez told The New Yorker magazine that Kavanaugh exposed himself at a drunken dormitory party in the 1983-84 school year.