Kavanaugh says he won’t let ‘false accusations’ push him out 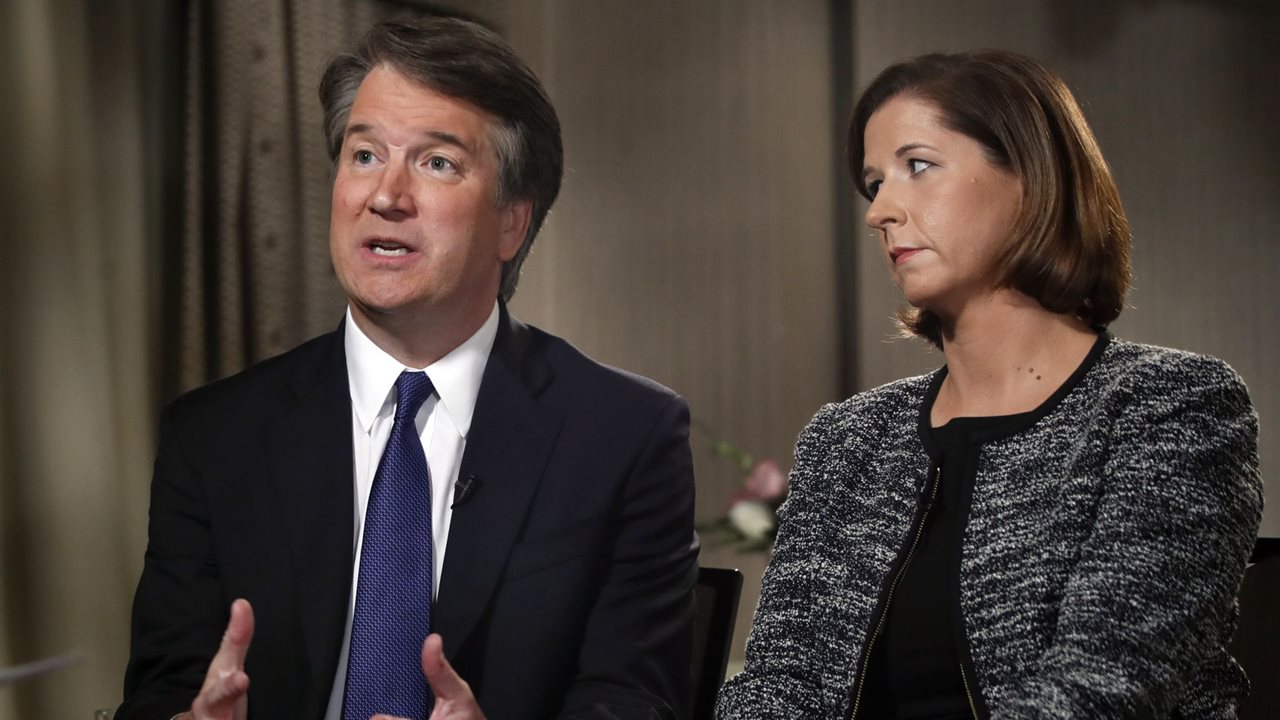 WASHINGTON — Supreme Court nominee Brett Kavanaugh declared in a televised interview Monday that he never sexually assaulted anyone in high school or at any other time in his life.

Kavanaugh and his wife, Ashley, sat down for an interview with Fox News Channel’s “The Story with Martha MacCallum” after a second woman accused him of sexual misconduct.

Christine Blasey Ford has accused Kavanaugh of assaulting her at a party when they were teenagers. Kavanaugh denied he was “at any such party.” He said he did not question that perhaps Ford at some point in her life was sexually assaulted, “but what I know is I’ve never sexually assaulted anyone.”

Kavanaugh said it’s possible he may have met Ford at some time, but he said they were not friends and did not travel in the same social circles. He said he did not remember being at a party with her.

“I was not at the party described,” Kavanaugh said.

Kavanaugh was asked if there was any chance Ford misunderstood an exchange between them.

“I have never had any sexual or physical activity with Dr. Ford,” Kavanaugh said. “I’ve never sexually assaulted anyone, in high school or otherwise.”

The second woman, Deborah Ramirez, has accused Kavanaugh of exposing himself to her at a Yale dormitory party, putting his penis in her face and causing her to touch it without her consent as she pushed him away.

Kavanaugh said Monday, “I never did any such thing.”

“If such a thing had happened, it would have been the talk of campus,” Kavanaugh said.

It’s rare for nominees to the Supreme Court to give interviews. Russell Wheeler, an expert on the judicial selection process at the Brookings Institution, said he is unaware of a similar media interview by a Supreme Court nominee in the past 100 years.

But there’s nothing ordinary about the stakes and circumstances of Kavanaugh’s nomination, with Republicans fighting to get him on the court by the end of September and cement a conservative-leaning court for years to come.

President Donald Trump and Senate Majority Leader Mitch McConnell say they are determined to get Kavanaugh on the court, calling the allegations against him false and politically motivated. Kavanaugh was defiant as well.

“I’m not going to let false accusations drive us out of this process,” Kavanaugh said.

Democrats have accused Republicans of not conducting a thorough review in their rush to get Kavanaugh confirmed. They want the FBI to reopen its background investigation of Kavanaugh and look into the allegations against him.

Ford and Kavanaugh are set to testify Thursday before the Senate Judiciary Committee.

In the Fox interview Kavanaugh got a taste of the personal questions he’ll face from senators. MacCallum asked him how long he was a virgin in college, after he volunteered that he never had sex in high school.

“Many years after. I’ll leave it at that,” Kavanaugh said.

Ashley Kavanaugh was asked whether she wondered if her husband was telling the truth about the allegations against him. “No, I know Brett. I’ve known him for 17 years,” she said, adding: “I know his heart. This is not consistent with Brett.”

Kavanaugh appeared to get emotional at the end of the interview. He said Trump called him in the afternoon to show his support.

“I know he’s going to stand by me,” Kavanaugh said.