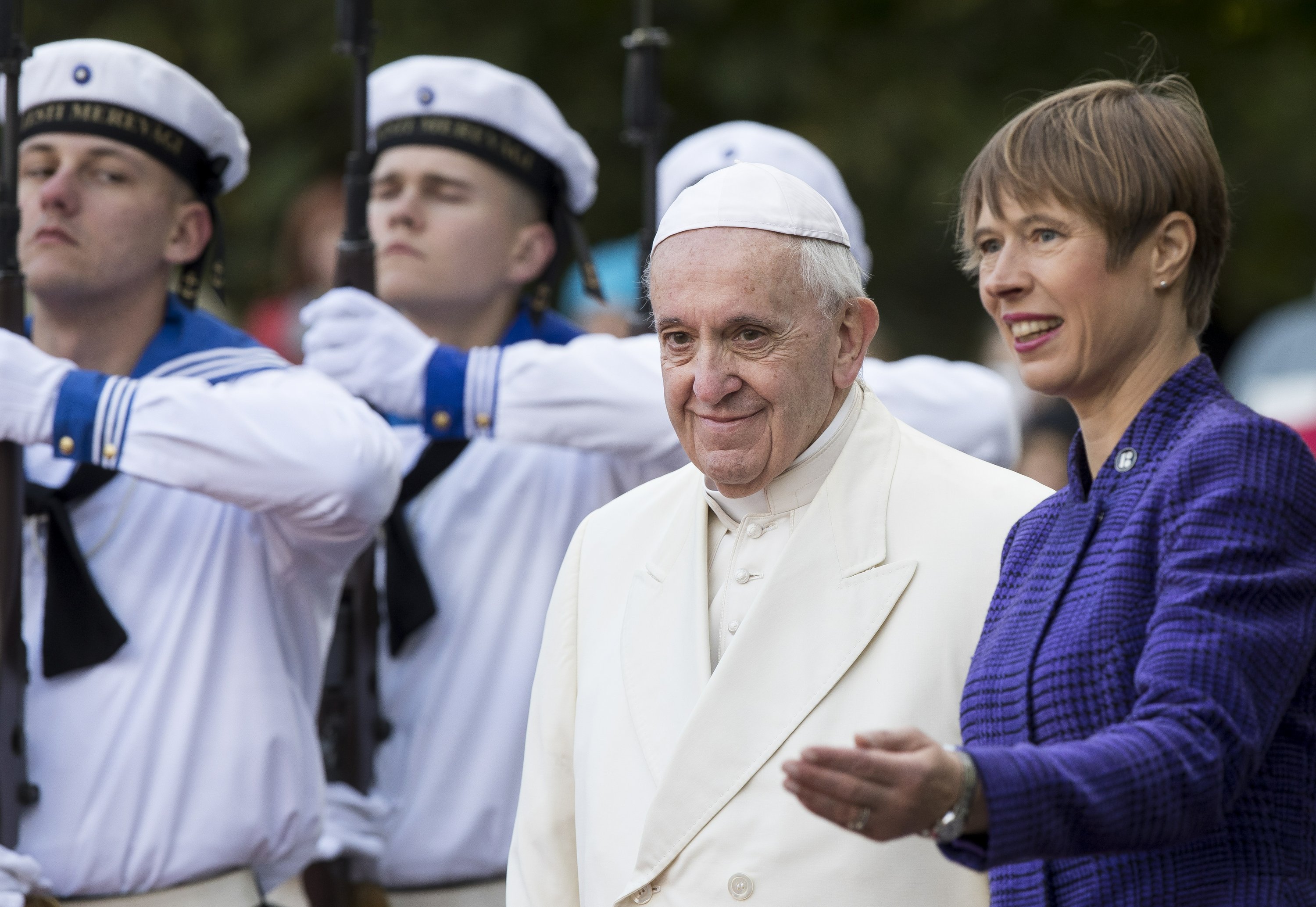 TALLINN, Estonia — Pope Francis acknowledged Tuesday that the sex abuse scandals rocking the Catholic Church have outraged the faithful and are driving them away, and said the church must change its ways if it wants to keep future generations.

Francis referred directly to the crisis convulsing his papacy on the fourth and final day of his Baltic pilgrimage, which coincided with the release of a devastating new report into decades of sex abuse and cover-up in Germany. 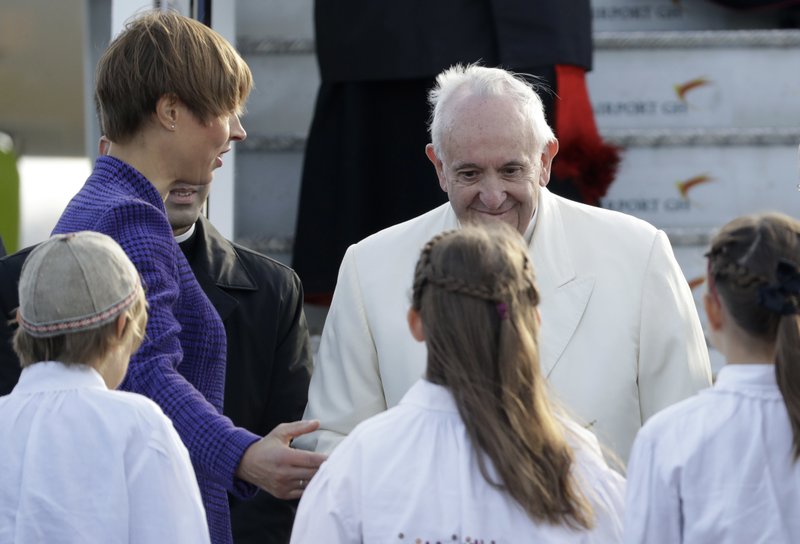 Francis told a gathering of young people in Estonia, considered one of the least religious countries in the world, that he knew many young people felt the church had nothing to offer them and simply doesn’t understand their problems today.

“They are outraged by sexual and economic scandals that do not meet with clear condemnation, by our unpreparedness to really appreciate the lives and sensibilities of the young, and simply by the passive role we assign them,” he told a gathering of Catholic, Lutheran and Orthodox young people in the Kaarli Lutheran Church in the capital Tallinn.

He said the Catholic Church wants to respond to those complaints transparently and honestly.

“We ourselves need to be converted,” he said. “We have to realize that in order to stand by your side we need to change many situations that, in the end, put you off.”

It was a very public admission of the church’s failures in confronting sex abuse scandals, which have roared back to the headlines recently with revelations of abuse and cover-up in the U.S., Chilean and now German church. The German bishops conference on Tuesday was releasing a report that found that some 3,677 people — more than half of them 13 or younger and nearly a third of them altar boys — were abused by clergy between 1946 and 2014.

The report, compiled by university researchers, found evidence that some files were manipulated or destroyed, many cases were not brought to justice, and that sometimes abusers were simply moved to other dioceses without the congregations being informed about their past, according to the results that leaked earlier in the German press.

The abuse scandal, which erupted in Ireland in the 1990s and subsequently Australia and the U.S., now threatens Francis’ own papacy since a former Vatican ambassador accused him of rehabilitating an American cardinal who slept with seminarians. In addition, Francis badly botched a case of cover-up in Chile for which he has tried to make amends. 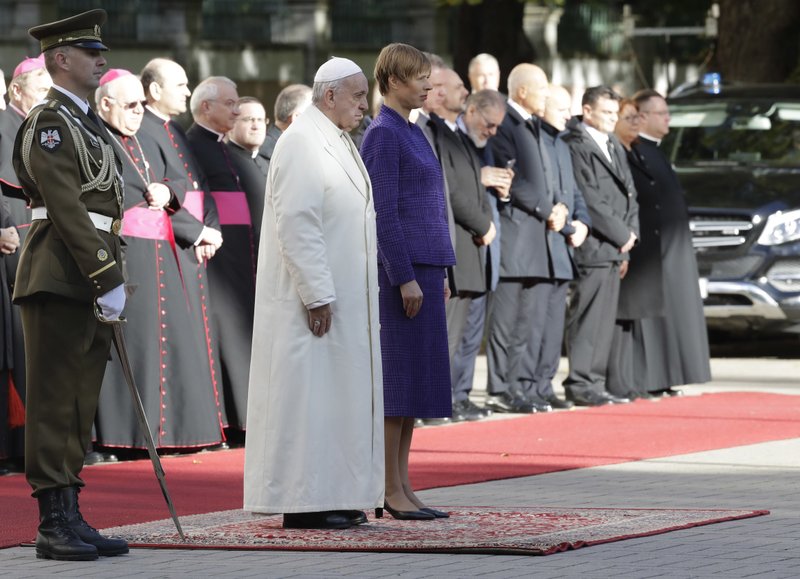 Francis has declined to respond to the accusations he himself covered for the U.S. cardinal, but the Vatican is expected to soon.

Francis’ visit to Tallinn marked the last stop in a four-day pilgrimage that also took him to Lithuania and Latvia. He aimed to encourage the Christian faith in the Baltics, which saw five decades of Soviet-imposed religious repression and state-sponsored atheism, as well as the World War II-era occupation by Nazi Germany.

Upon arrival Tuesday, Francis praised Estonia’s social and economic transformation in the quarter century since the Soviet collapse. But he warned that a certain “existential ennui” can set in when societies lose their cultural roots and put their faith in technological progress alone.

“One of the evident effects of technocratic societies is a loss of meaning in life and the joy of living,” he said. Interpersonal and intergenerational bonds can be lost, depriving young generations of foundations to build a common future, he said.

Estonia is considered both one of the most tech-advanced countries in Europe and one of the least religious societies in the world. More than half of Estonia’s 1.3 million people profess no religious affiliation. The Lutheran and Russian Orthodox churches count the most followers of those who do, while 6,000 people are Catholics.

In her welcoming speech, President Kersti Kaljulaid acknowledged that rapid changes taking place amid robust economic growth — something particularly visible in the Baltic nations — shouldn’t mean the “vulnerable among us” are neglected.

She presented Francis with a special digital ID card giving foreigners access to dozens of digital services in the Baltic country ranging from medical services to signing legal contracts and filing taxes.

The government says over 37,000 people from dozens of countries have currently been registered as “e-residents” in Estonia.