Syria: Everyone else’s battleground, in both war and peace 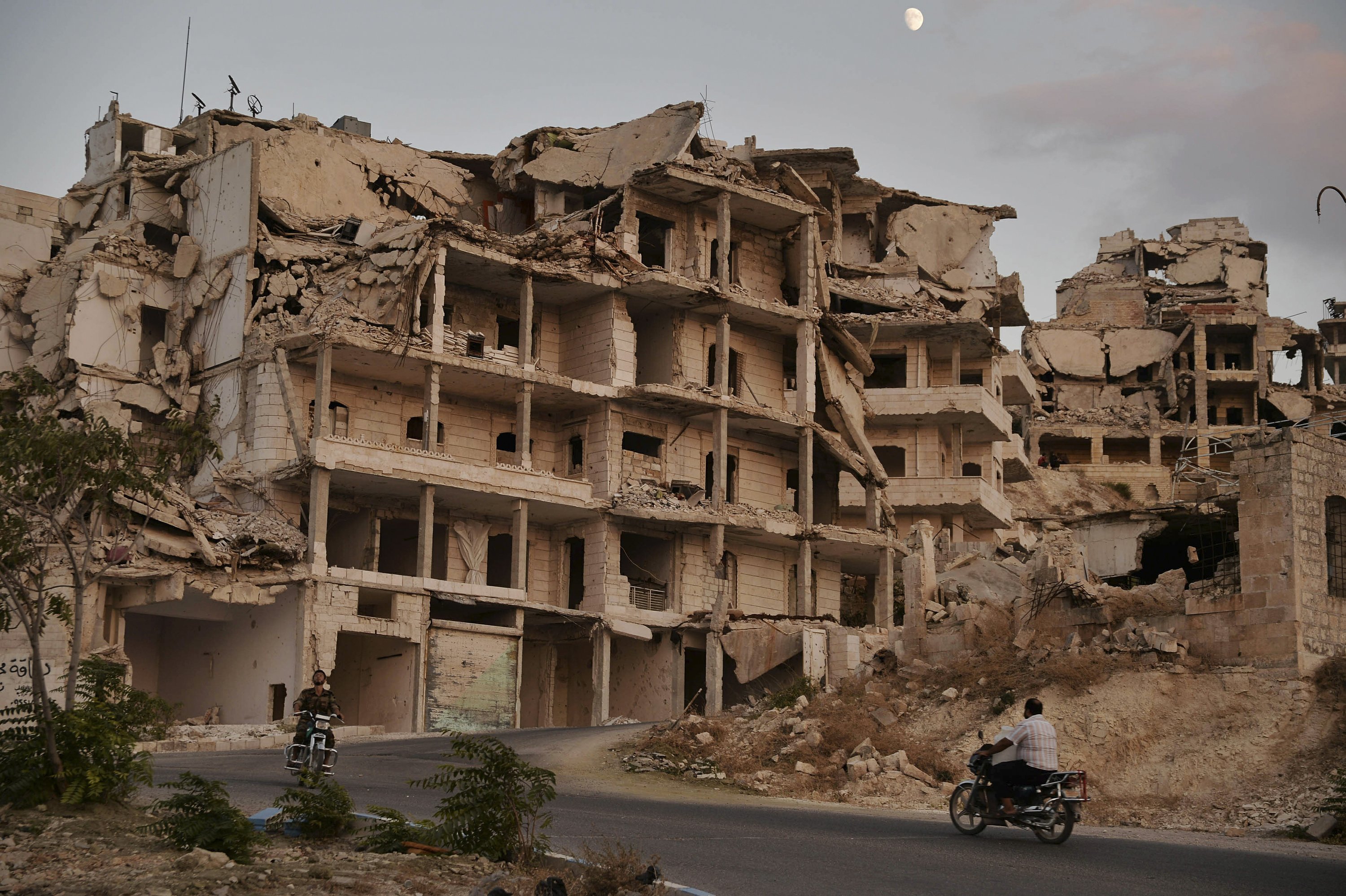 UNITED NATIONS — As world leaders talk peace at the U.N. this week, the people of Idlib cling to fragile hope that diplomacy will avert a blowout battle over Syria’s last rebel stronghold.

Yet diplomacy hasn’t served Syria well so far. Those same world powers trying to negotiate a peaceful outcome in Idlib have been using Syria as a proxy battleground for years.

Here’s a look at the conflicting objectives of countries near and far with a stake in Syria’s future, as Idlib holds its breath and the seven-year civil war approaches a likely end.

When it comes to Syria’s future, Russia is in the driver’s seat.

Russian forces turned the tide in the international fight against Islamic State extremists — and then Moscow clinched victory for Syrian President Bashar Assad by sending warplanes, generals and alleged mercenaries to cripple and dissipate the Syrian rebellion.

After reshaping the Syrian battlefield, Russia is now trying to design the peace. Its unlikely alliance with Turkey and Iran has sidelined or subsumed parallel Western peace efforts.

And last week, Russia struck a bold deal with Turkey that averts a battle for Idlib — at least for now. Russian Foreign Minister Sergey Lavrov will seek broader backing for the accord at the U.N. General Assembly this week, and try to drum up Western money for Syria’s costly reconstruction.

Syria’s Cold War patron, Russia wants to maintain influence over Damascus once the war winds down, to keep a strategic foothold in the Mideast and a stable client for Russian weapons and commodities — and to warn the U.S. and its allies against future interference. Russia’s announcement Monday that it will supply Syria’s government with sophisticated S-300 air defense systems sent that message loud and clear.

Turkey is the last hope left for Syria’s splintered rebels, but its leverage is waning after years of shifting allegiances.

Turkey has gained little from joining the Russia-Iran axis on Syria, and its relations with the U.S. and Europe are at an exceptionally low point over Erdogan’s hard-line leadership. So Ankara is playing Russia and the West against each other.

As Turkish President Recep Tayyip Erdogan takes the stage Tuesday at the U.N., he will be seeking to head off or at least delay new crises along the Syrian border. Turkey wants to avoid a new wave of refugees and stop extremists it once tacitly supported from setting up camp on Turkish soil. And most of all, Ankara wants to keep the region’s Kurds at bay.

Idlib epitomizes Turkey’s dilemma. Tens of thousands of opposition fighters have been preparing for what might be their last stand, digging trenches, piling up sand bags, reinforcing caves. Turkey sent reinforcements of its troops ringing Idlib, but stands little to gain from an eventual battle launched by Syria’s Russia- and Iran-backed government forces.

So Turkey struck an 11-hour deal with Moscow for a ceasefire and buffer zone around Idlib, just in time for the U.N. meetings this week. But analysts and Turkey’s allies alike question whether Ankara can bring the desperate and disparate rebel fighters to heel.

Iran is playing a long, unwavering game. Syria’s closest ally, Iran had fighters on Syrian soil even before war broke out in 2011. Iran has no plans to leave, and wants to maintain latitude for its proxy militia Hezbollah and keep Syria allied against Israel.

Iran is loath to see an expansion of Turkish and U.S. influence in the region, and argues that the West fueled jihadis with past support for the Syrian opposition.

Iran’s economy and clout are weakened by the U.S. withdrawal from the 2015 nuclear accord and pending new sanctions. But Iran has time on its hands, and will stick it out in Syria until everyone else goes home.

WHAT THE US AND ALLIES WANT

The U.S., Europe and their Gulf allies backed the losing side in Syria’s war but are loath to admit it. As the opposition splintered, then-President Barack Obama was reluctant to commit to full-scale war or regime change.

The U.S. maintains a military presence in the area to ensure that Islamic State extremists in the region are wiped out, and that Syria’s civilians get humanitarian aid and aren’t targeted by chemical weapons.

Western powers that for years chanted for Assad’s exit are now trying to save face with some kind of political deal that allows the possibility of an eventual future without Assad.

The Russian-Turkish deal may offer that kind of cover: Western countries at the U.N. this week are trying to expand it to include political options.