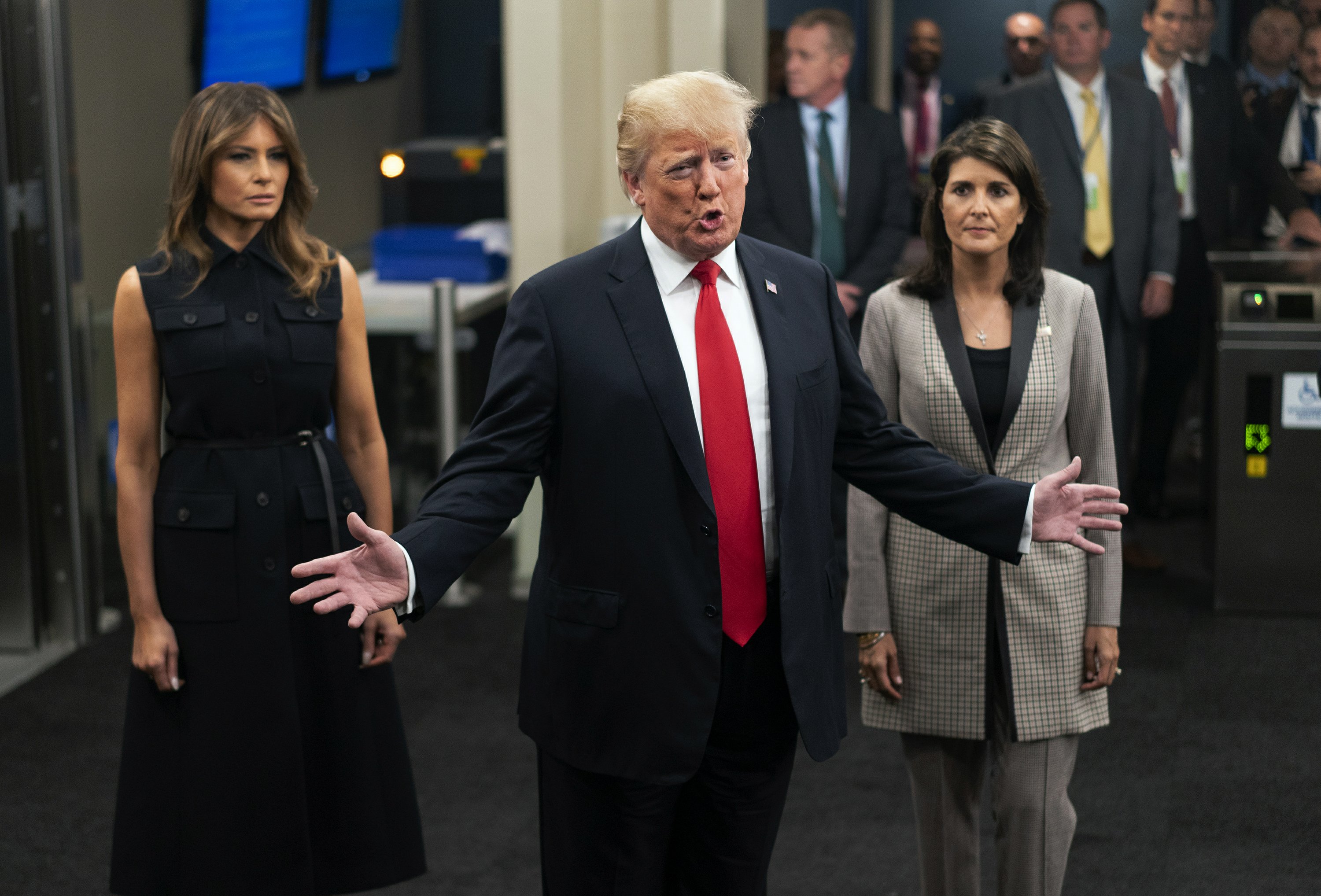 Mitch McConnell predicted the Supreme Court nominee would win approval despite uncertainty about how pivotal Republicans would vote in a roll call now expected early next week.

Deborah Ramirez is being called by those who know her as intensely private and one who rarely talks about her days at Yale University in the 1980s.

The council will be addressing the issue of nonproliferation of nuclear, chemical and biological weapons, giving Trump an opening to target Iran.

A publicist for the once-beloved actor complained that his conviction and incarceration for sexual assault stem from a racist and sexist justice system.

Firefighters in Conway are using maps that detail each of the nearly 1,000 homes that could expect to be inundated.

6. AFTER PARKLAND AND VEGAS, MORE OF THE SAME

An AP review of gun legislation passed in the U.S. this year finds that states mostly reverted to predictable and partisan form, with only Florida passing sweeping legislation.

When tech titans visit Capitol Hill, Congress will try to find the middle ground between consumer privacy and the companies that mine personal data for profit.

8. WHERE THE ART OF UNITY CAN BE FOUND

Along Chicago’s Sedgwick Street, a little art studio thrives, where unlikely friends come together in pursuit of unity in a very divided city, the AP finds.

With the Fed poised to raise rates, life is getting more expensive for borrowers. For savers, it means slightly bigger rewards.

10. ASTROS HEATING UP AS OCTOBER APPROACHES