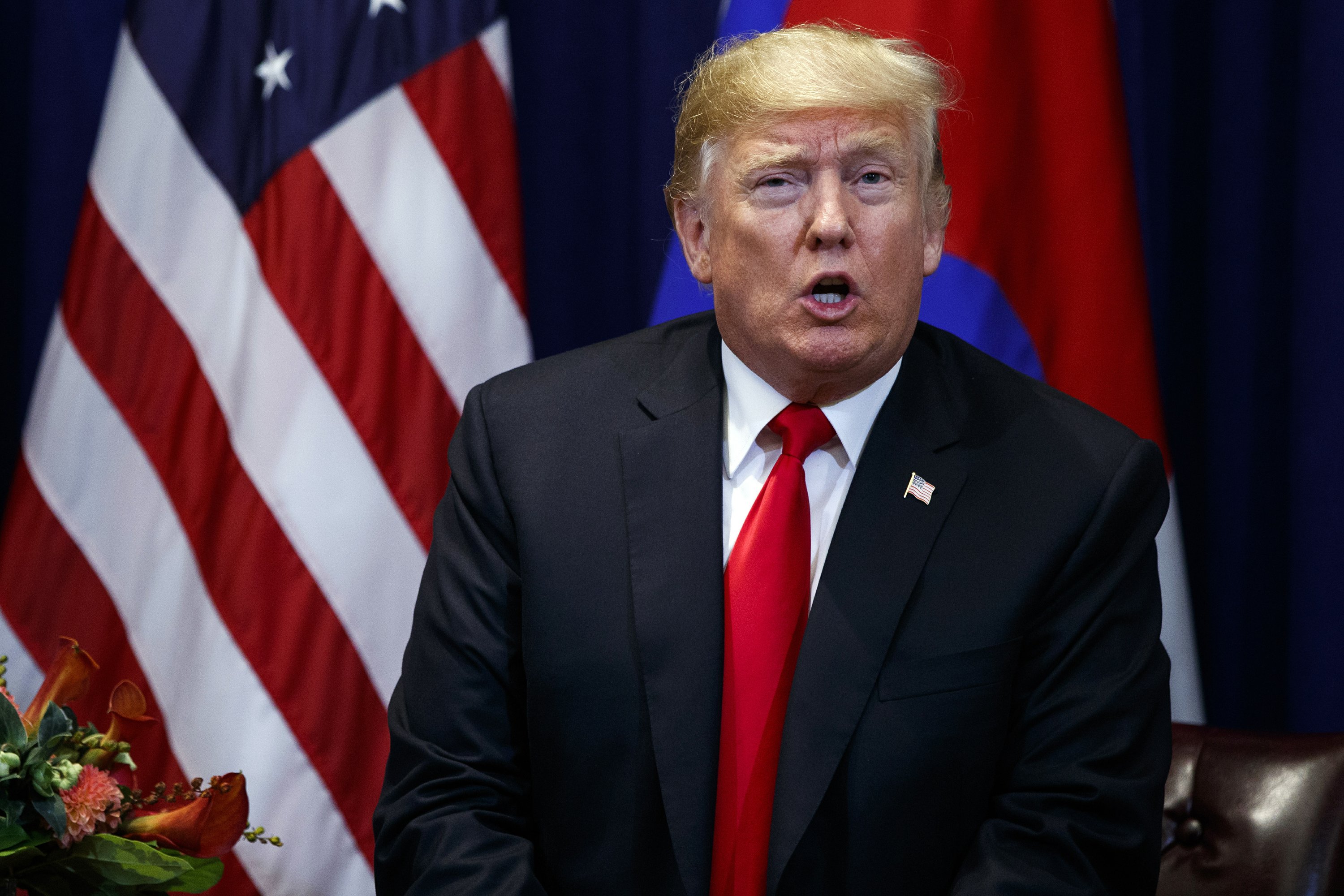 WASHINGTON — President Donald Trump’s victory helped give rise to the #MeToo era. Now, as it threatens his latest pick to the Supreme Court and his party’s electoral majorities in Congress, Trump is taking aim at the movement that has spurred a national reckoning around gender equity and sexual consent.

Arguing that “false accusations of all types are made against a lot of people,” Trump defended Judge Brett Kavanaugh on Tuesday against allegations of decades-old sexual abuse.

Eyeing the Kavanaugh nomination fight through the prism of his own experiences with sexual assault allegations, Trump asked: “Who is going to want to go before the system to be a Supreme Court judge or to be a judge, or to be even a politician?”

The backdrop for the president’s fervent defense of Kavanaugh is his belief that men can be ruined by false accusations. He told one associate in recent days that he believed the media was always inclined to give credence to an accuser’s lies — as happened with his own accusers during the 2016 campaign, according to a Republican close to the White House who was not authorized to publicly discuss private conversations.

While Trump has repeatedly weathered allegations from women, the Kavanaugh controversy presents the biggest challenge yet for Trump in the #MeToo moment. And it reveals a Republican Party — and a president — struggling with issues of gender equity and sexual consent just weeks before midterm elections in which women already were leaning toward Democrats by lopsided margins.

Kavanaugh, who is defending himself against allegations from two women who accuse him of sexual misconduct in the 1980s, sat for an interview on Fox News on Monday, an unusual move for a nominee to the high court. His cautious performance reassured some White House officials, but also left lingering concerns about how he would stand up under questioning from Democrats at a Judiciary Committee hearing Thursday, where one of his accusers, Christine Blasey Ford, is expected to appear.

After initially showing caution with the accusations against Kavanaugh, Trump has grown increasingly frustrated, viewing the process as a political plot against his efforts to advance a long-sought conservative makeover of the high court.

For a time, Trump told confidents that he did not need to wade into the specific allegations since they did not involve him, although they did evoke sexual misconduct allegations against him. But late last week Trump became convinced the allegations were a Democratic scheme to undermine his pick. On Friday, he fired off a tweet challenging Ford directly. That tweet — he questioned why Ford did not report the alleged assault at the time — drew a fiery response from women online, with many posting first-person stories about their experiences with the Twitter hashtag #WhyIDidntReport.

Trump’s skepticism was only bolstered by a piece published in The New Yorker on Sunday recounting a second allegation against Kavanaugh, this time about college-era sexual misconduct. Trump spoke to advisers inside and outside the White House on Sunday about the report and it did not shake his support for Kavanaugh, said a person with knowledge of the conversations who was not authorized to speak publicly.

Trump’s dismissal of the claims against Kavanaugh echo his past defenses of his own behavior.

More than a dozen women have accused him of sexual misconduct, which he denies. In the 2005 “Access Hollywood” tape that repelled many Republicans when it became public during the 2016 election, Trump can be heard boasting of grabbing women by their genitals and kissing them without permission. Trump apologized but also defended himself, dismissing his comments as “locker-room talk.”

In Bob Woodward’s recent book about the Trump administration, he writes that Trump once told a friend who had acknowledged treating women badly: “You’ve got to deny, deny, deny and push back on these women. If you admit to anything and any culpability, then you’re dead.”

Trump has demonstrated he’s not averse to deploying the potent politics around the issue to his own advantage.

During the 2016 campaign, after threatening to use Bill Clinton’s sexual history against his Democratic opponent Hillary Clinton, Trump did just that. Before an October debate, he met publicly in a hotel conference room with three women — Paula Jones, Juanita Broaddrick and Kathleen Willey — who had accused Bill Clinton of unwanted sexual advances — even rape in Broaddrick’s case. Kathy Shelton, a fourth woman who appeared with Trump, was a 12-year-old Arkansas sexual assault victim whose alleged assailant was defended by Hillary Clinton.

White House counselor Kellyanne Conway acknowledged the perilous moment, saying on CBS this week that “there’s pent-up demand for women to get their day, women who have been sexually harassed and sexually assaulted.”

She added: “I personally am very aggrieved for all of them, but we cannot put decades of pent-up demand for women to feel whole on one man’s shoulders.”