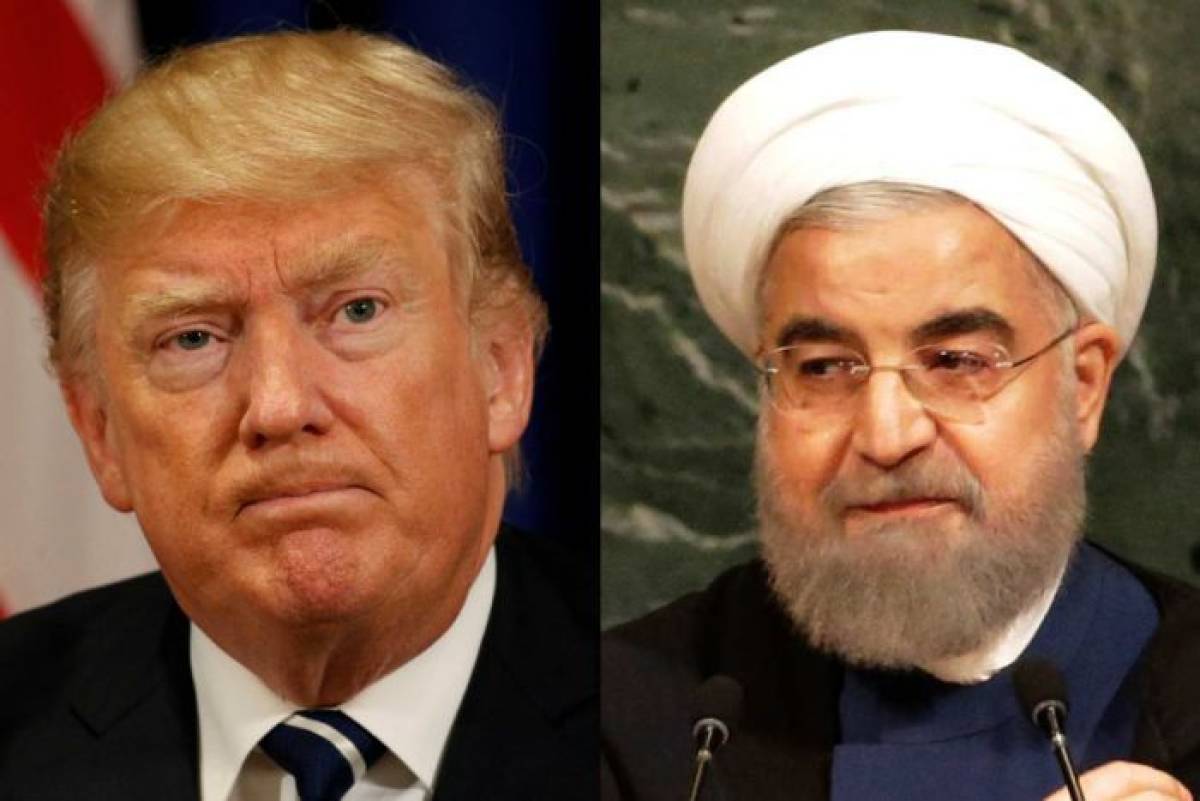 In his remarks at the U.N. on Tuesday, Iranian president Hassan Rouhani seemed to take shots at Donald Trump, although he did not mention the U.S. president by name.

“It is unfortunate,” Rouhani said, “that we are witnessing rulers in the world ride public sentiments and gain popular support through the fomenting of extremist nationalism and racism and through xenophobic tendencies resembling a Nazi disposition, as well as through the trampling of global rules and undermining international institutions.”

The Iranian president added later in his speech: “Confronting multilateralism is not a sign of strength. Rather, it is a symptom of a weakness of intellect.”

In a tweet early that morning, Trump said, “Despite requests, I have no plans to meet Iranian President Hassan Rouhani. Maybe someday in the future. I am sure he is an absolutely lovely man!”

Despite requests, I have no plans to meet Iranian President Hassan Rouhani. Maybe someday in the future. I am sure he is an absolutely lovely man!

Rouhani denied on CNN Tuesday that he had ever requested a meeting with Trump.

This latest confrontation comes after a fiery exchange between Trump and Rouhani in July, which featured the following infamous tweet from Trump.

To Iranian President Rouhani: NEVER, EVER THREATEN THE UNITED STATES AGAIN OR YOU WILL SUFFER CONSEQUENCES THE LIKES OF WHICH FEW THROUGHOUT HISTORY HAVE EVER SUFFERED BEFORE. WE ARE NO LONGER A COUNTRY THAT WILL STAND FOR YOUR DEMENTED WORDS OF VIOLENCE & DEATH. BE CAUTIOUS!

In President Trump’s speech on Wednesday at the U.N. Security Council session, which he chaired, he vowed to increase sanctions against Iran. “The United States will pursue additional sanctions, tougher than ever before, to counter the entire range of Iran’s malign conduct. Any individual or entity who fails to comply with these sanctions will face severe consequences.

On Tuesday, Rouhani had said America was waging “economic ware” against Iran:

“The economic war that the United States has initiated under the rubric of new sanctions not only targets the Iranian people but also entails harmful repercussions for the people of other countries, and that war has caused a disruption in the state of global trade,” he said.

Rouhani added: “What Iran says is clear: no war, no sanctions, no threats, no bullying; just acting according to the law and the fulfillment of obligations.”

However, President Trump’s aggressive stance and tactics against Iran may have promise yet. His previous tactics to bring North Korean dictator Kim Jong Un to the table worked.