Trump says his past accusers influence thinking on Kavanaugh 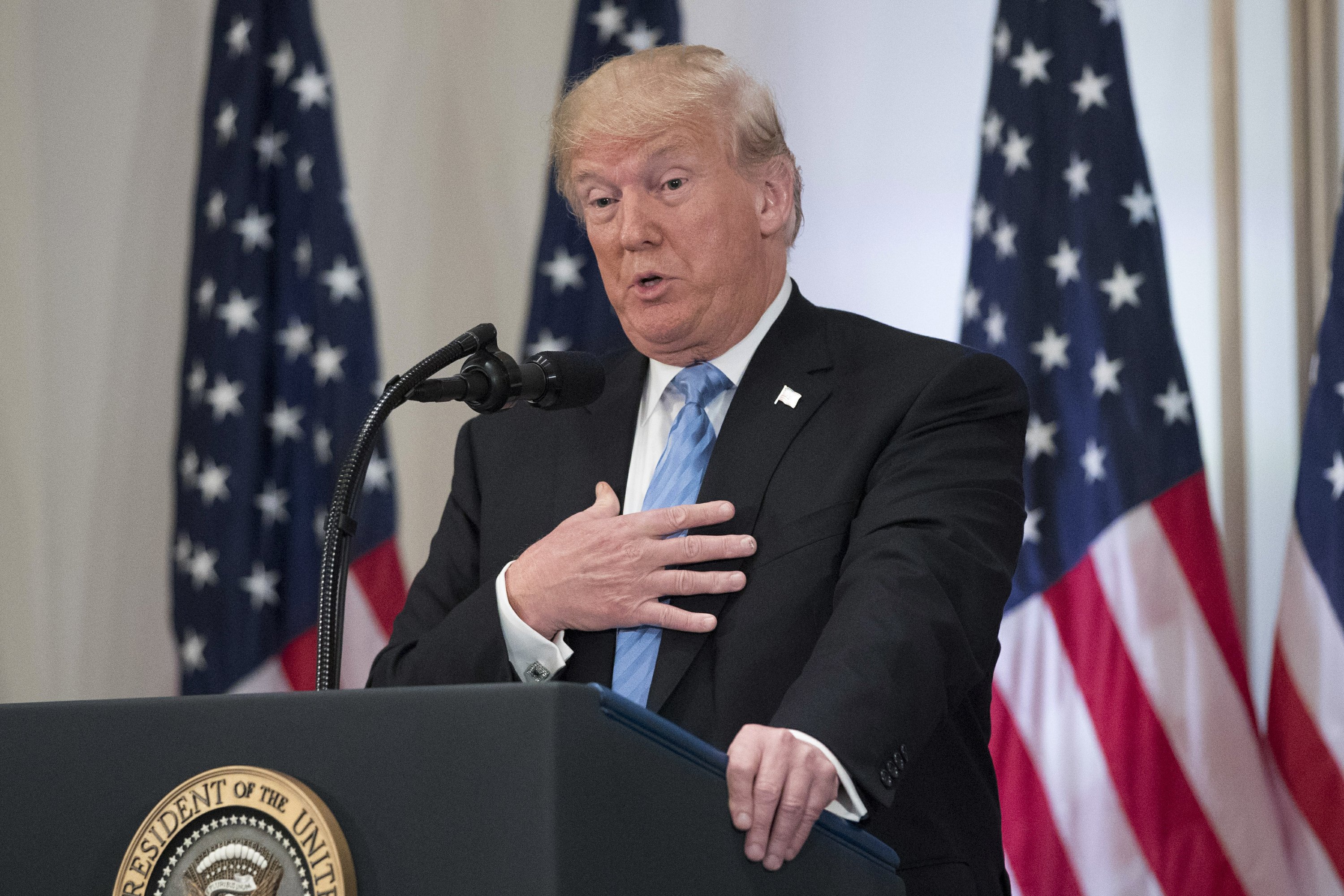 WASHINGTON — This is personal for President Donald Trump.

For 10 days, Trump has watched as allegations of sexual misconduct have swirled around Brett Kavanaugh, his nominee for the Supreme Court.

On Wednesday, Trump spoke aloud what he’s been mulling in private, acknowledging publicly for the first time that past allegations of sexual misconduct leveled against him color his views on similar charges against other men, including Kavanaugh.

“It does impact my opinion and you know why?” Trump said. “Because I’ve had a lot of false charges against me.”

What that, Trump cast his lot with the accused in what has become a national reckoning over gender and sexual consent, and not just in furtherance of a long-sought conservative makeover of the high court.

“It’s happened to me many times,” Trump said, claiming he’d been accused — falsely — by “four or five women.”

In fact, more than a dozen women came forward during the 2016 campaign, claiming they were assaulted, groped or kissed without consent by Trump. Trump was also caught on tape in 2005 boasting of grabbing women by their genitals and kissing them without permission. Those comments revealed in the final days of his campaign for the White House, Trump apologized, calling it “locker room talk.”

At a news conference in New York a day before Kavanaugh was set to testify before the Senate Judiciary Committee, Trump pledged to listen to the testimony of Kavanaugh’s accuser and even said he was open to changing his mind about his nominee. But he made clear that he was deeply skeptical of these types of accusations.

“When you are guilty until proven innocent it’s just not supposed to be that way,” he said.

During the free-wheeling news conference, Trump continued to lash out at Democrats and label the allegations against Kavanaugh politically motivated. He also expressed frustrations with the delays in the process guided by Republicans and took a shot at attorney Michael Avenatti, who is representing the latest accuser.

Trump’s remarks underscored the complexity of the moment, as Republicans continue their efforts to install conservatives on the high court. While Republicans want to move forward, they are mindful of the fallout if they don’t take the accusations seriously. Should the effort fail, the party would likely explode in finger-pointing that could have implications in the November elections.

“Republican senators have delayed this for weeks now,” Trump said. “They are giving the women a major chance to speak.”

He added: “It’s possible that I’ll hear that and I’ll say I’m changing my mind.”

Pushed to acknowledge the cultural moment, Trump repeatedly returned to the idea that qualified men would lose out on jobs because of allegations.

“I don’t want to be in a position where people say, ‘No, thanks. I spoke to somebody 38 years ago, and it may not be good,'” Trump said, adding, “The people that have complained to me about it the most about what’s happening is women.”

Asked to address the nation’s young men, Trump said: “It’s a very dangerous period in our country, and it’s being perpetrated by some very evil people.”

Trump’s comments about his accusers drew swift reaction from an attorney for Summer Zervos, a former contestant on Trump’s reality TV show “The Apprentice,” who says Trump made unwanted advances toward her, then defamed her by saying she lied about it.

“It is offensive that in purporting to stand by a Supreme Court nominee who has been accused of sexual assault, Mr. Trump has chosen once again to defame and attack women, including our client, who had the courage to come forward to tell the truth about his own unwanted assaultive behavior,” said Mariann Wang.

Kavanaugh and his chief accuser, Christine Blasey Ford, who says Kavanaugh assaulted her in high school, are both expected to testify Thursday. Ford has claimed that Kavanaugh tried to remove her clothes and clamped a hand over her mouth at a party when both were in high school.

Kavanaugh has steadfastly denied all the allegations.

Trump, who initially supported giving Ford time to speak, showed his rising frustration Wednesday. Speaking to reporters at the United Nations earlier in the day, he said Senate Republicans “could have pushed it through 2½ weeks ago.”

Trump said that if lawmakers had moved faster, “you wouldn’t be talking about it right now, which is frankly what I would have preferred.”