Experts say Ford got the science of memory mostly right 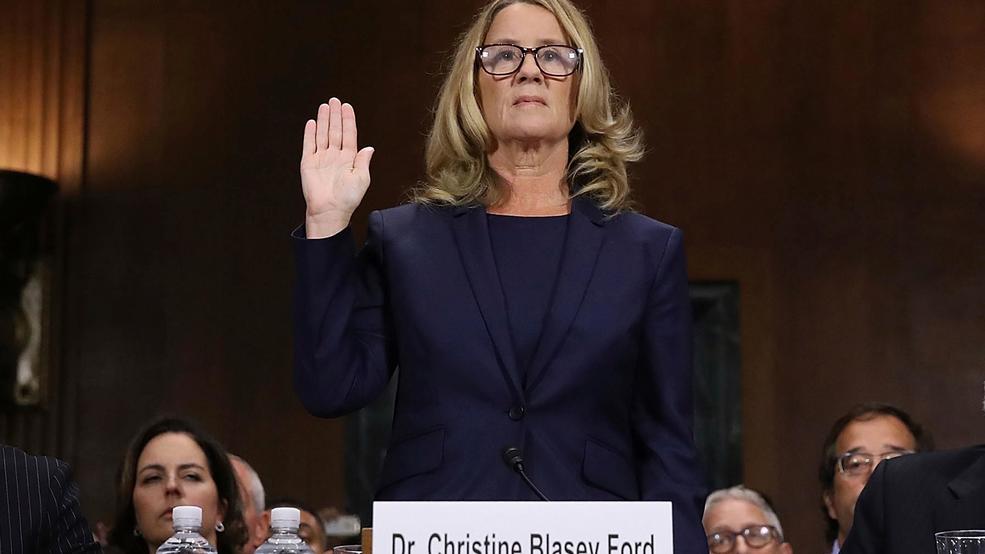 NEW YORK — In her testimony to a Senate committee, the woman who accused Brett Kavanaugh of sexually assaulting her when they were teenagers dipped briefly into the mechanics of memory. Experts say she got it pretty much right.

When asked Thursday how she could be sure it was Kavanaugh who put a hand over her mouth to keep her quiet, psychologist Christine Blasey Ford cited levels of chemical messengers called norepinephrine and epinephrine in her brain at the time of the alleged attack.

She said those chemicals helped encode memories in a brain region called the hippocampus, so that the main memory was “locked there” while other details “kind of drift.”

Later, she said a memory of Kavanaugh and another teen laughing during the assault was “indelible in the hippocampus.”

Memories are not highly detailed recordings of events retrieved with perfect accuracy. They are shaped by beliefs and expectations. For that reason, experts told The Associated Press last week that both Ford and Kavanaugh, who denies that any assault happened, may both firmly believe what they say.

Which one believes his or her version more strongly is no tipoff to what really happened, experts say.

“Confidence is not a good guide to whether or not someone is telling the truth,” said Nora Newcombe, a psychology professor at Temple University in Philadelphia. “If they think they’re telling the truth, they could plausibly both be confident about it.”

In a situation where a woman fears being raped by a man, her memories might be shaped by that fear into a recollection that overestimates the threat, whereas the man might consider it “just playing around” and forget it, said David Rubin, a professor of psychology and neuroscience at Duke University.

And both people could be completely honest about their recollections, he said.

Rubin noted the obvious fact that people can forget things they did while drunk. But he said the man in that scenario could forget about the event even if he had been sober.

Experts in memory and the brain said Ford’s quick tour of memory machinery was generally correct. Levels of the brain substances she cited go up when a person is alarmed, and they help memories become laid down more strongly in the hippocampus, said Elizabeth Phelps, a Harvard University psychologist.

While it’s clear the hippocampus is key to the initial laying down of memory, there’s some debate about its role in long-term memory, Phelps said. Various pieces of an experience — sounds, sights and thoughts — are perceived in different parts of the brain. And initially the hippocampus serves as sort of the center of a web that holds those perceptions together as a memory, she said.

After years pass and the memory becomes consolidated, it’s not clear whether the hippocampus continues to play that central role, or whether the various parts of a memory are connected by other means, she said.