Stephen Colbert attacks Jim Acosta: ‘We get it, you’re woke’ 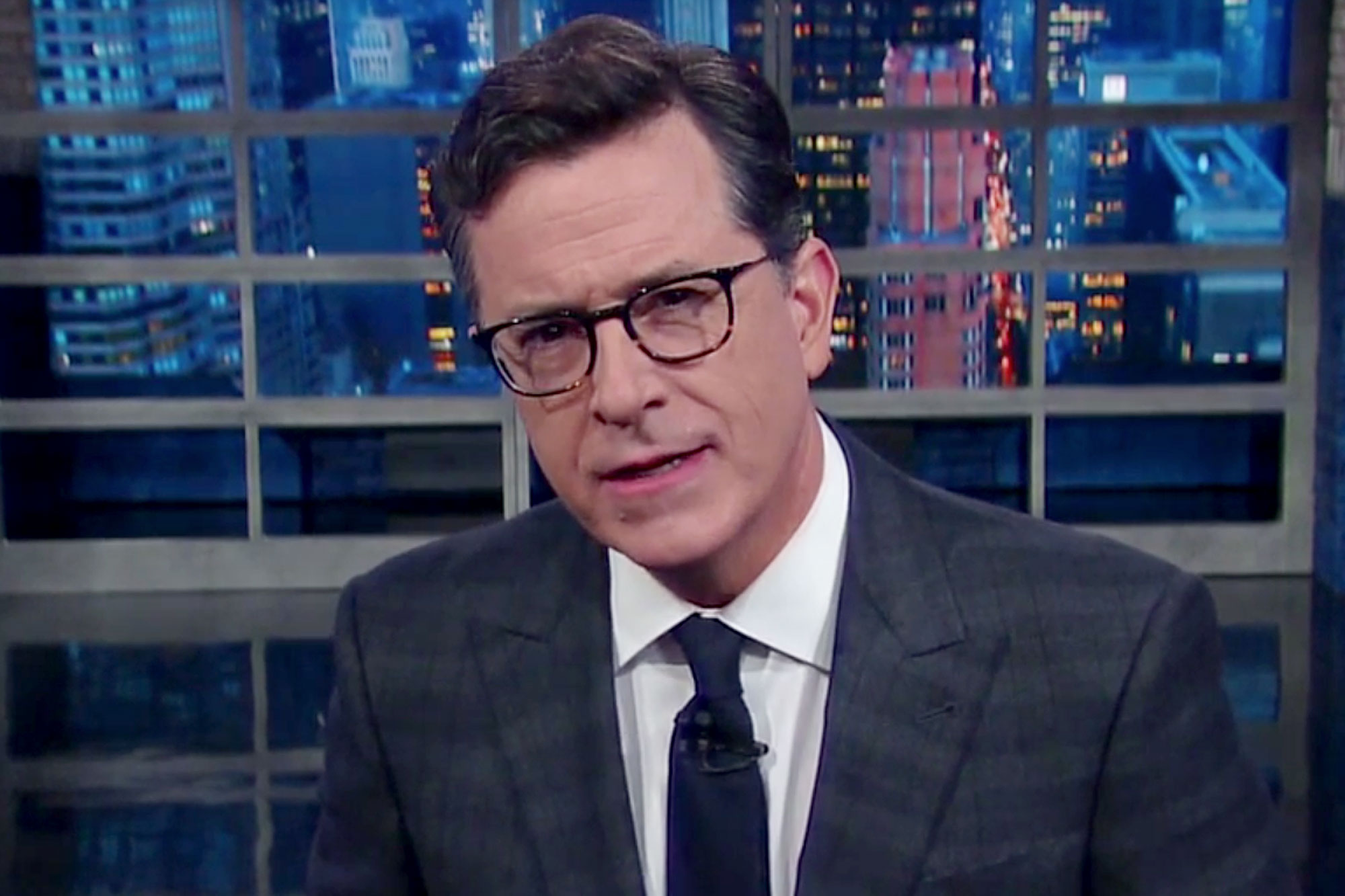 Stephen Colbert criticized notorious CNN reporter Jim Acosta during his opening monologue on “The Late Show” Wednesday night. Colbert played a clip of Acosta’s interaction with the President Donald Trump at a press conference on the confirmation hearings of Brett Kavanaugh.

In that press conference, before asking his question, Acosta said to Trump, “If you don’t mind, after I’m finished … if one of our female colleagues could go that would be great.”

This caused the president to fire back, “What does he mean by that?”

President Trump repeatedly asked Acosta to “explain” what he meant with the comment, and Acosta said he thought “it would be great if a female reporter would ask you a question about this issue.”

President Trump immediately responded in saying, “I wouldn’t mind that at all, no … Wouldn’t make any difference to me.” And following that interaction, the president did indeed call on a female reporter.

In his Wednesday monologue, Stephen Colbert first lampooned the president before calling out Acosta for his irrelevant and unnecessary comments. “Man, woman, animal, doesn’t make any difference to me. I will answer all your questions in a bone-chilling ramble,” Colbert said in his Trump voice.

“That being said, kind of a d– move, Jim Acosta. We get it, you’re woke,” Colbert said, sarcastically attacking the CNN reporter.

Colbert is right to criticize Acosta for his unnecessary comments in the press conference, especially since Acosta appeared on “The Late Show” last month and specifically said the following to Colbert: “We’re not supposed to be the story, you know. That’s not why I’m out there.”

How ironic. Based on Acosta’s performance at the press conference, he is the only part of the story. He has blurred the line between reporting and performance.