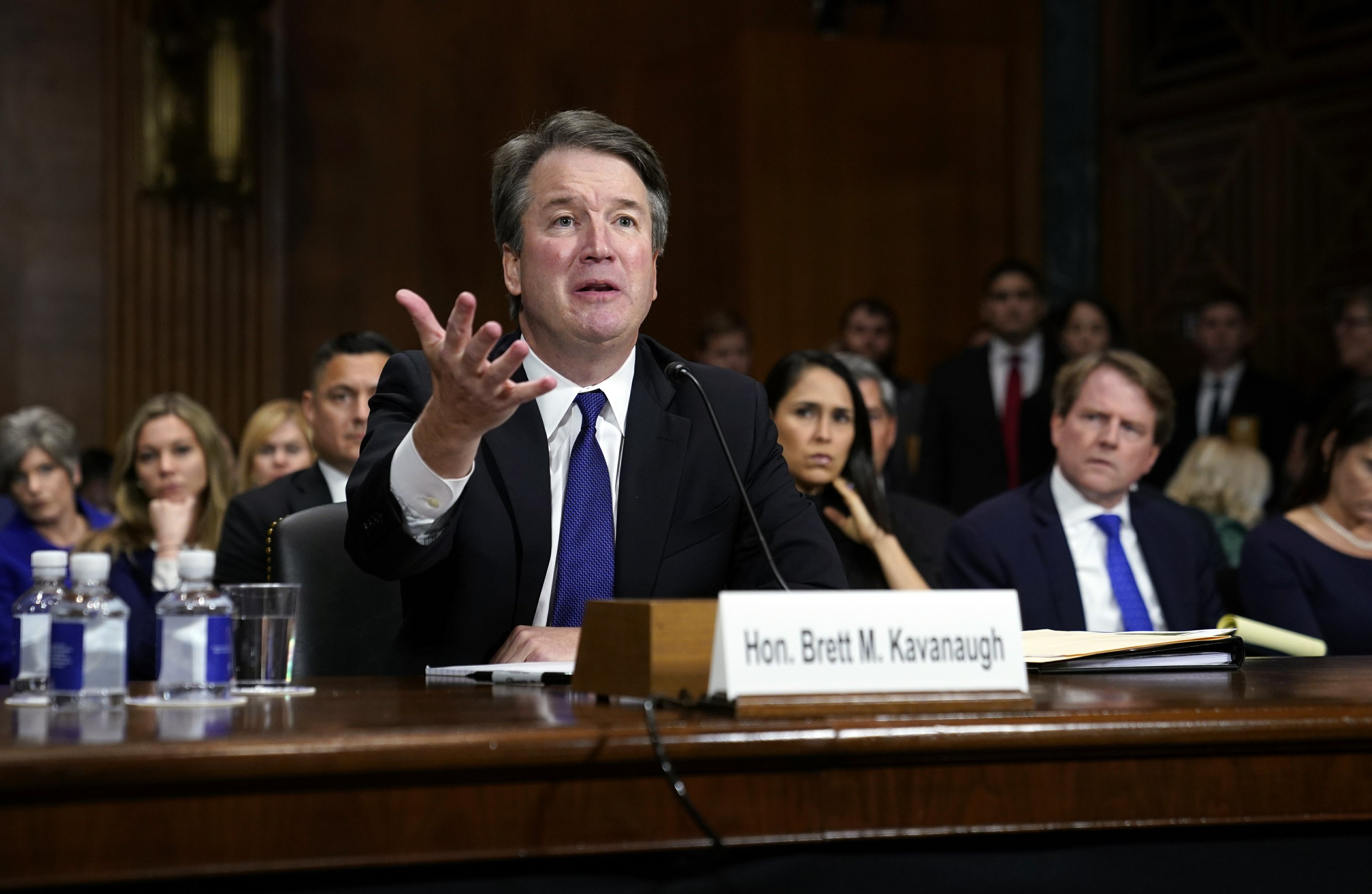 WASHINGTON — Thursday’s Senate Judiciary Committee hearing on sexual assault allegations against Supreme Court nominee Brett Kavanaugh riveted Washington and the nation with hours of fiery, emotional testimony from the judge and Christine Blasey Ford, the woman accusing him of sexual assault when they were high schoolers. Kavanaugh denied the accusation.

Here are some takeaways from the extraordinary hearing:

HOW DID SHE DO?

Ford gave a soft-spoken and steady account about what she said happened three decades ago in a bedroom at a small gathering of friends. She said she came forward not for political reasons, but because it was her “civic duty.”

She described in detail how an inebriated Kavanaugh and another teen, Mark Judge, locked her in a room at a house party as Kavanaugh was grinding and groping her. She said he put his hand over her mouth to muffle her screams, and testified, “I believed he was going to rape me.”

The 51-year-old mother of two said the incident was seared into her mind through trauma, while admitting some gaps in her memory around the attack.

Ford, a California psychology professor making her first public remarks about the incident, choked up occasionally describing the alleged attack. Democratic senators questioned her directly, but the 11 Republican members on the committee instead chose to have a female sex crimes prosecutor from Arizona question Ford.

Asked how certain she was that Kavanaugh was her attacker, she declared, “100 percent.”

HOW DID HE DO?

Kavanaugh ditched his prepared remarks and instead issued a blistering statement declaring the confirmation process “a national disgrace.”

He strongly denied Ford’s allegation, but said he believed she had been the victim of a sexual assault. The father of two daughters said one of his girls said they should “pray for the woman” accusing him.

Kavanaugh’s scorched-earth strategy gave President Donald Trump what he wanted: a nominee willing to fight back aggressively and yield no ground to Democrats. Echoing Ford, he said he was “100 percent certain” he did not commit the assault.

At times, Kavanaugh’s frustrations boiled over. When Democratic Sen. Amy Klobuchar of Minnesota asked if he ever drank so much he blacked out, he snapped, “Have you?”

Moments after the hearing finished, Trump tweeted that Kavanaugh “showed America exactly why I nominated him.”

WHAT HAPPENED TO THE PROSECUTOR?

Republicans appointed Arizona sex crimes prosecutor Rachel Mitchell to question Ford, and she led off the questioning of Kavanaugh. Then she quickly faded away.

After Mitchell asked Kavanaugh several detailed questions about Ford’s allegations, the GOP senators took matters into their own hands. Sen. Lindsey Graham, R-S.C., led the way with a scorching denunciation of Democrats for raising the allegations against Kavanaugh in the final days of the confirmation process. From there, each GOP senator handled his own questions, while Mitchell sat silently nearby.

Hours earlier, Mitchell opened her questioning of Ford by expressing sympathy for the professor, who said she was “terrified” to testify.

As her time for questioning Ford was coming to an end, Mitchell rhetorically asked Ford about the best way to question victims of sex crimes.

“Would you believe me that no study says that this setting in five-minute increments is the way to do that?” Mitchell asked.

Republicans quickly expressed their determination to move forward. After huddling in the Capitol, senators said the Judiciary Committee will hold a Friday morning vote on whether to recommend Kavanaugh for confirmation.

Sen. Orrin Hatch of Utah, a longtime committee member, said he thinks Kavanaugh will get confirmed by a party-line vote.

Republicans’ margin for error in the full Senate is slim. If all Democrats oppose the nomination, just two GOP senators would sink Kavanaugh’s confirmation if they were to oppose him as well.

Multiple Republican lawmakers haven’t said which way they will vote, including two women with reputations as moderates who have been willing to buck their party: Sens. Susan Collins of Maine and Lisa Murkowski of Alaska.

Graham cautioned them against voting no.

“To my Republican colleagues, if you vote no, you’re legitimizing the most despicable thing I have seen in my time in politics,” he said.