China, Russia take their turn at the UN 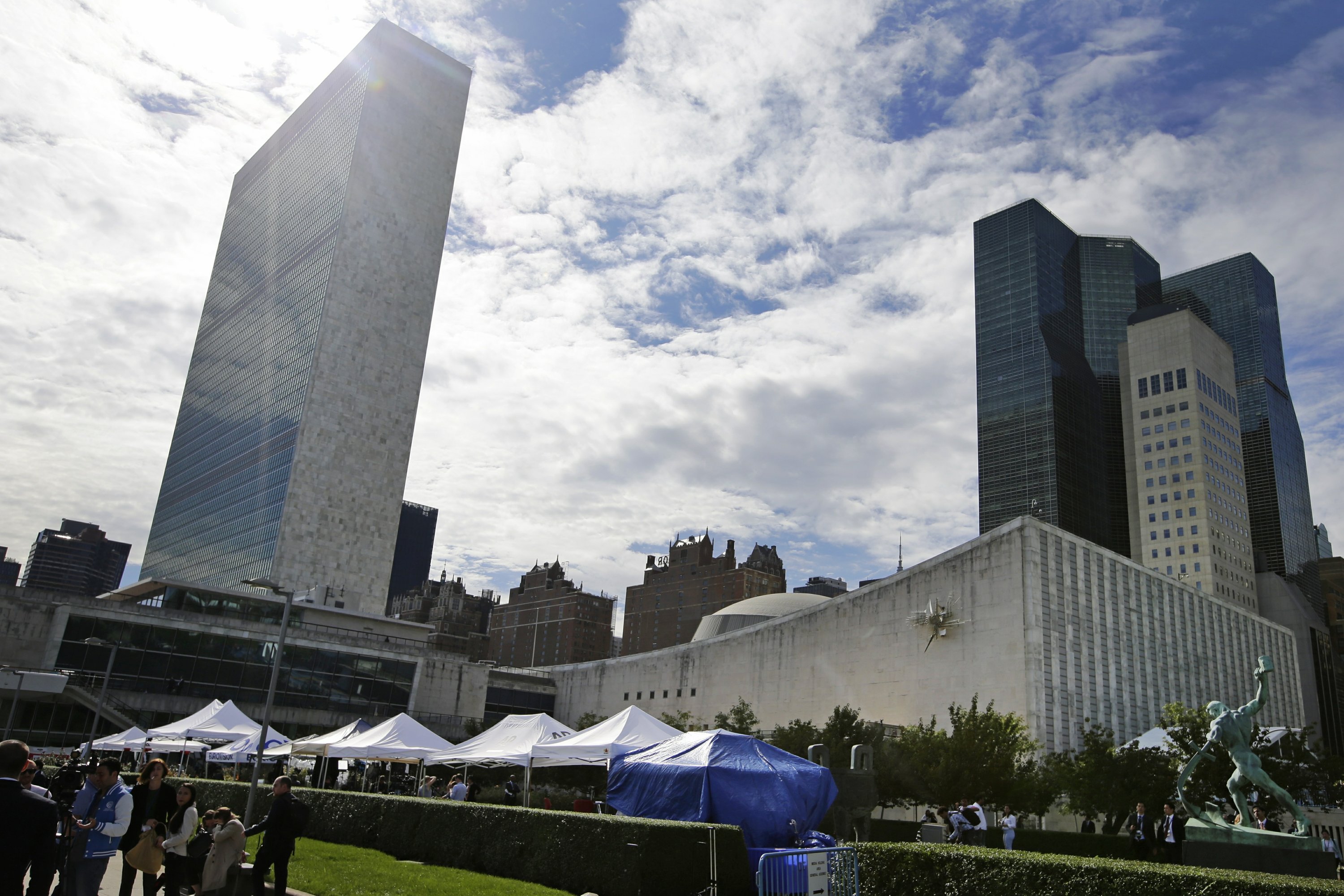 UNITED NATIONS — The two countries that the United States has accused of interfering with its elections will take their turns at the podium Friday at the United Nations’ annual gathering of world leaders.

Major powers China and Russia — neither of which sent their most senior leader to the U.N. General Assembly — will put forth their foreign ministers to tell their stories.

The accusations against China came this week from U.S. President Donald Trump, who said he has evidence but so far has not released any. In contrast, Russia has been the focus of a special counsel investigation, which Trump has lambasted as a political “witch hunt.”

Trump stunned those present as he chaired his first U.N. Security Council on Wednesday, when he said that China was meddling in the midterm elections because it opposes his tough trade policies.

When questioned by reporters, Trump said there was “plenty” of evidence but didn’t immediately provide details, suggesting that some of the material was classified. Instead, he zeroed in on China’s efforts to flood the United States with ads and statements against Trump’s billions of dollars in tariffs on Chinese goods.

Beijing was quick to respond, urging Washington to stop slandering China and claiming that the Chinese government does not interfere in other countries’ internal affairs.

Meanwhile, the special counsel has spent months investigating Russian meddling in the 2016 election and whether any Trump campaign aides had a hand in the foreign interference plot.

An indictment announced this summer accused 12 Russian military intelligence officers of hacking into the presidential campaign of Hillary Clinton, Trump’s Democratic opponent, and the Democratic Party, and releasing tens of thousands of private communications in a sweeping Kremlin-orchestrated conspiracy to interfere in the 2016 U.S. election.

Chinese Foreign Minister Wang Yi also is speaking at the Council on Foreign Relations on Friday, and Russia’s Sergey Lavrov is planning an afternoon news conference.

Other scheduled speakers on Friday include the leaders or Malaysia, Germany, Iraq and South Sudan.