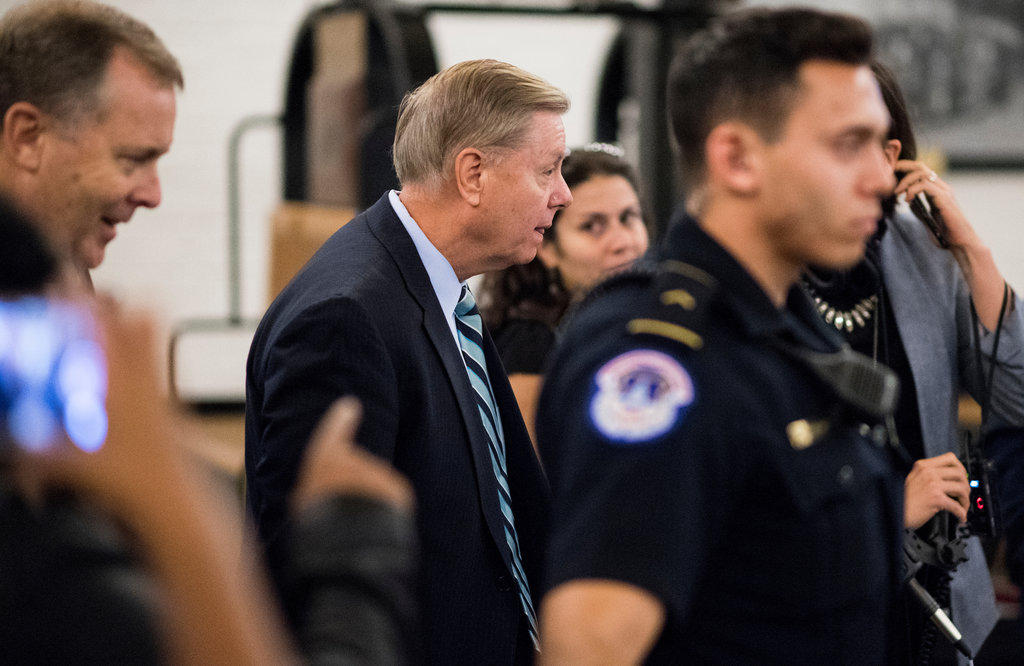 According to Roll Call, Graham stated that he had never before seen protesters this animated. Graham has served in Congress for over 20 years; during this time, Washington D.C. hosted protests by anti-war groups and small-government Tea Party groups, among other protests.

The police escort comes at a time where opponents of the Republican agenda have become violent.

Several months later, a neighbor of Senator Rand Paul violently attacked the senator, sending the senator to the hospital with six broken ribs. The attacker received only 30 days in jail as punishment.

Even aides and supporters of the Republican Party are under attack. One of the many examples is Kathleen Staunton, a 71-year-old woman who worked as the district director for California Congressman Dana Rohrabacher. A mob knocked out Staunton, sending her to the hospital.

This list of assaults does not include the countless threat and calls for assassinations.

As a silver lining, American now have more gun rights than ever before, which is increasingly necessary given the levels of politically-motivated violence and violent rhetoric. Supreme Court nominee Brett Kavanaugh has a strong record of supporting the right to self defense, including the right to bear arms.