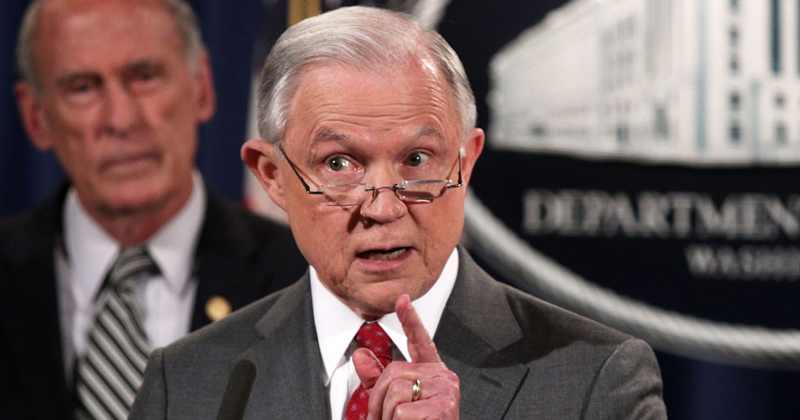 Net neutrality prevents internet service providers from treating certain internet traffic differently from other traffic. This includes practices such as charging certain web sites more money than others, or slowing down traffic from high-data web sites, such as Netflix, to allow traffic from low-data websites to pass.

“Under the Constitution, states do not regulate interstate commerce—the federal government does. Once again the California legislature has enacted an extreme and illegal state law attempting to frustrate federal policy,” Sessions said in a statement. “The Justice Department should not have to spend valuable time and resources to file this suit today, but we have a duty to defend the prerogatives of the federal government and protect our Constitutional order.  We will do so with vigor. We are confident that we will prevail in this case—because the facts are on our side.”

Implicit in Sessions’ announcement is that the Supremacy Clause of the Constitution prevents states from passing laws that contradict federal laws. Earlier this year, the Federal Communications Commission voted to overturn Obama-era net neutrality regulations, but the new regulations specifically bar “any state or local measures that would effectively impose rules or requirements that [the FCC] repealed,” meaning that California’s net neutrality laws are specifically not allowed.

FCC chairman Ajit Pai added in the press release that the Eighth Circuit Court of Appeals recently ruled, in an analogous case that states may not regulate information services in a way that contravenes federal law.

“The Internet is inherently an interstate information service.  As such, only the federal government can set policy in this area. And the U.S. Court of Appeals for the Eighth Circuit recently reaffirmed that state regulation of information services is preempted by federal law,” he said in the statement.

Pai did not note, however, that the Eighth Circuit is adjudicated by almost-exclusively Republican appointees, and thus is likely to be far friendlier to the Trump administration than the notoriously-liberal Ninth Circuit, based in San Francisco.

Overall, it seems both parties want regulations when they feel their side isn’t being treated fairly.