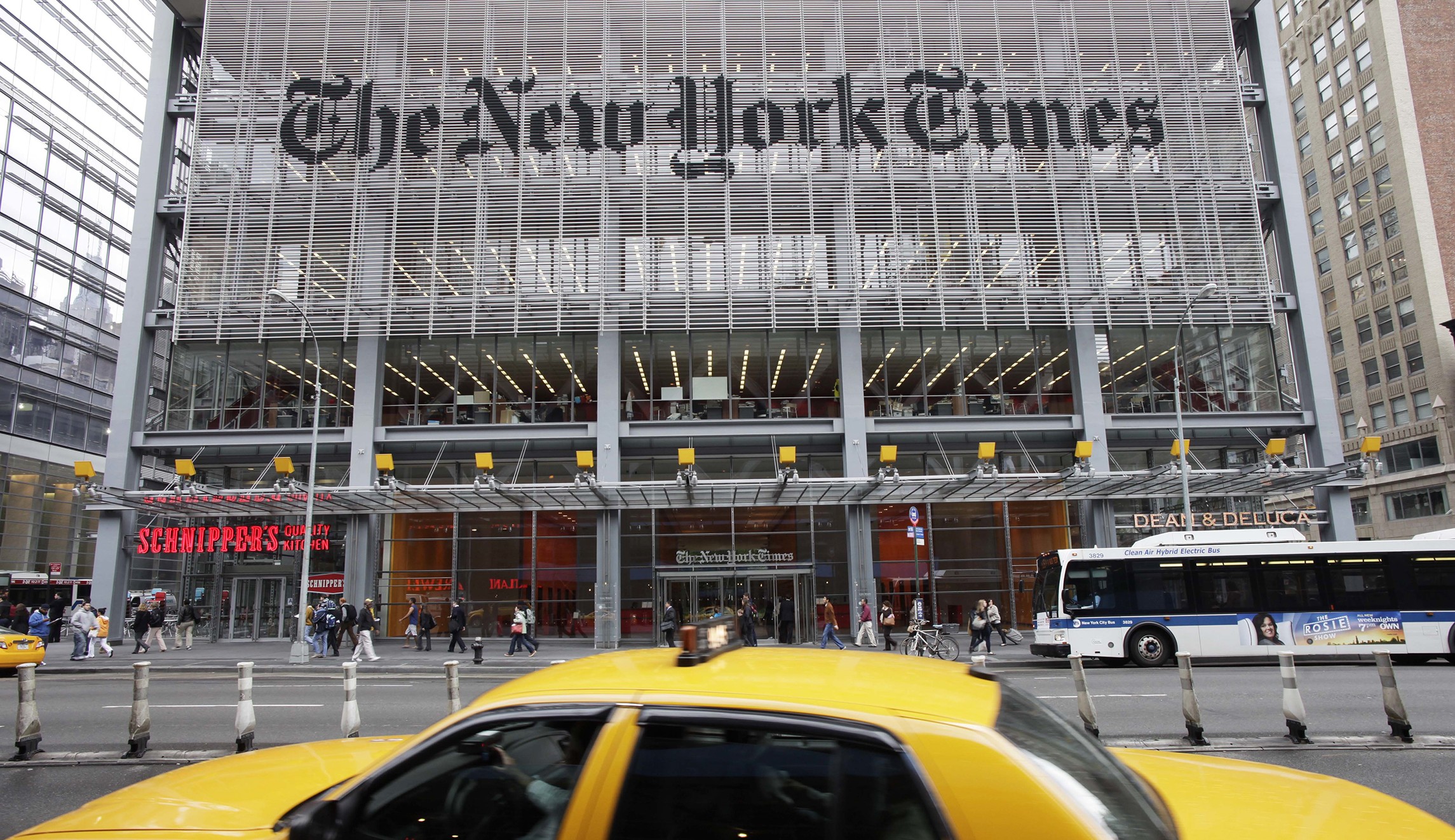 The New York Times published a fictional story about President Donald Trump being assassinated by a Russian agent with the help of a Secret Service agent on Tuesday, one day before pipe bombs sent to Democrats including Barack Obama and Hillary Clinton were intercepted by the Secret Service. The short story, “How It Ends” by Zoë Sharp, was published alongside four other fictional stories that predicted what would happen at the end of Special Counsel Robert Mueller’s investigation.

Sharp’s story ends with Russian misfiring his Makarov pistol, and then the following lines:

The Secret Service agent at the president’s shoulder heard the click, spun into a crouch. He registered the scene instantly, drawing his own weapon with razor-edge reflexes.

The Russian tasted failure. He closed his eyes and waited to pay the cost.

It did not come.

He opened his eyes. The Secret Service agent stood before him, presenting his Glock, butt first.

It is ironic that Democrats and the left-wing media have criticized President Trump for the series of pipe bombs sent to Democrats and their Hollywood supporters considering the glorification of violence against him being written.

Why Trump bears some of the responsibility for this apparent wave of attempted terrorist bombings: https://t.co/IspHoIahVm

Key point: if you believe his apocalyptic rhetoric about what Dems supposedly want to do, violence seems like a perfectly appropriate response.

An op-ed Wednesday in The Washington Post reads: “But what we can say is this: Given what Trump has done and said, this was absolutely predictable. In fact, it’s a wonder that it took this long. It’s not just that Trump advocates violence against his political opponents — though he does. It’s that everything about his rhetoric pushes his supporters in that direction, even if the overwhelming majority will never get quite to the point where they’ll actually commit this kind of act of terrorism.”

Democratic leaders Nancy Pelosi and Chuck Schumer issued a joint statement on Wednesday pointing the finger at President Trump: “President Trump’s words ring hollow until he reverses his statements that condone acts of violence. Time and time again, the President has condoned physical violence and divided Americans with his words and his actions.”

But where is the condemnation of The New York Times story suggesting presidential assassination? Jokingly suggesting the president be assassinated, particularly in today’s political climate, is not entertaining, nor is it something a newspaper should publish. The New York Times has a First Amendment right to publish whatever it would like, but with rights come responsibilities.