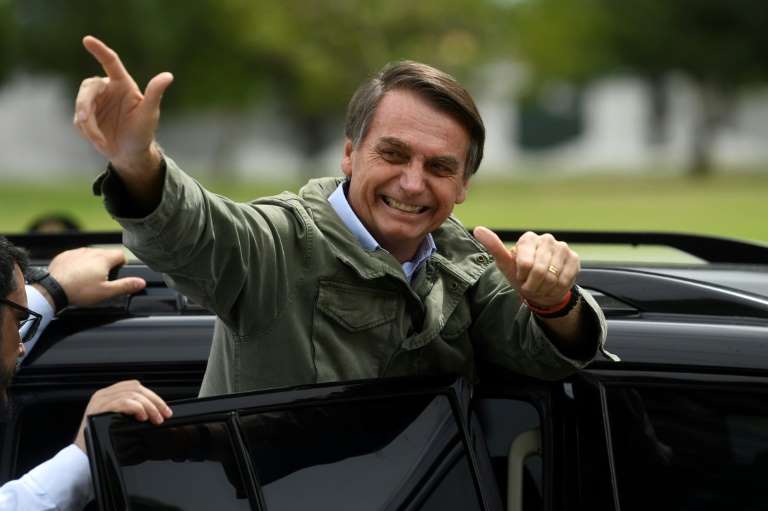 Jair Bolsonaro, a conservative congressman, was elected president of Brazil on Sunday, defeating Fernando Haddad of the left-wing Workers Party, 55-45%, AP reports. The former army captain ran on what American voters would consider a down-the-line conservative agenda. However, Bolsonaro’s positions — which were much more conservative than those of his rivals — in addition to his fiery rhetoric, caused many media outlets to label the candidate as “far right.”

Unlike far-right parties in Europe, Bolsonaro’s party is fiscally conservative. He campaigned on privatizing large parts of the federal government and devolving certain social programs to local states and regions. Socially, Bolsonaro favors tackling Brazil’s notoriously-high crime rate — including a murder rate six times as high as that of the United States — by vastly expanding gun rights and allowing more-aggressive policing. The latter view has caused his critics to dub him “fascist.”

Bolsonaro is very conservative on social issues. He not only opposes gay marriage, but he stated that he would rather see his son die than live as a homosexual. His party opposes marijuana, abortion, and the teaching of gender identity in schools.

While foreign policy was not a major issue during the campaign, Bolsonaro announced that he would stop his left-wing predecessors’ policies of opening relations with anti-democratic regimes such as those of Libya, Iran and the Hamas terrorist group that governs the Gaza Strip. He promised that his first foreign trip would be to Israel, where he would move the embassy from Tel Aviv to Jerusalem.

Underlying the campaign was the faltering economy and a major corruption scandal. While his predecessors, such as Dilma Rouseff Louis Inacio Lula da Silva, were popular for expanding welfare, critics on the left and right argued that the system actually hurt the poor more than it helped. Haddad’s party was hit by a massive corruption scheme called “Car Wash“; Bolsonaro ran on a promise to end corruption.

While Bolsonaro and his party won big in the 2018 general election, he will have to reach out to more moderate parties in Congress in order to pass his agenda. There are more than 20 different parties in each of Brazil’s houses of Congress, and the Social Liberal Party only has 4 out of 100 seats in the Senate while holding 52 of 513 seats in the Chamber of Deputies.