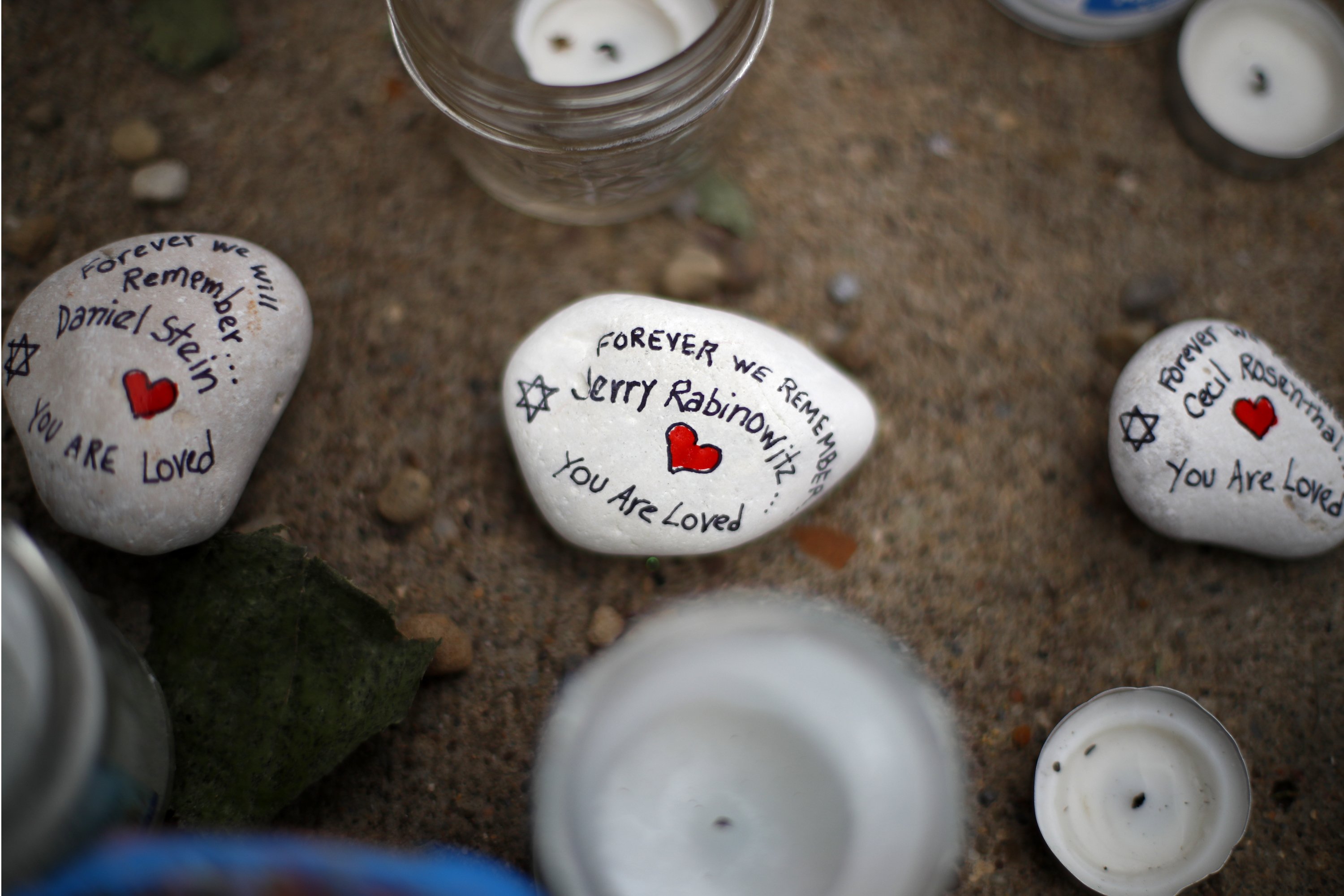 PITTSBURGH — The Latest on the aftermath of the Pittsburgh synagogue massacre (all times local):

The anti-Semitic truck driver accused of gunning down 11 people at a Pittsburgh synagogue has pleaded not guilty to federal charges that could put him on death row.

Robert Bowers was arraigned Thursday, one day after a grand jury issued a 44-count indictment that charges him with murder, hate crimes, obstructing the practice of religion and other crimes.

It was his second brief appearance in a federal courtroom since the weekend massacre at Tree of Life synagogue in Pittsburgh’s Squirrel Hill neighborhood.

Authorities say the 46-year-old Bowers raged against Jews during and after the rampage. It was the deadliest attack on Jews in American history.

Funerals for the victims are being held all week.

The suspect in the Pittsburgh synagogue massacre is expected to make a brief appearance in federal court Thursday to be arraigned on a 44-count indictment.

The charges against Robert Bowers include murder, hate crimes and obstructing in the practice of religion. He is also charged with injuring four police officers, some during a gunfight before his arrest.

Bowers had been set for a preliminary hearing on the evidence Thursday, but federal prosecutors instead took the case to a grand jury. The panel issued the 44-count indictment Wednesday as funerals continued for the 11 people gunned down Saturday at the Tree of Life Synagogue.

Funerals were planned Thursday for Bernice and Sylvan Simon, husband and wife, and Dr. Richard Gottfried, a dentist who worked part-time at a clinic treating refugees and immigrants.