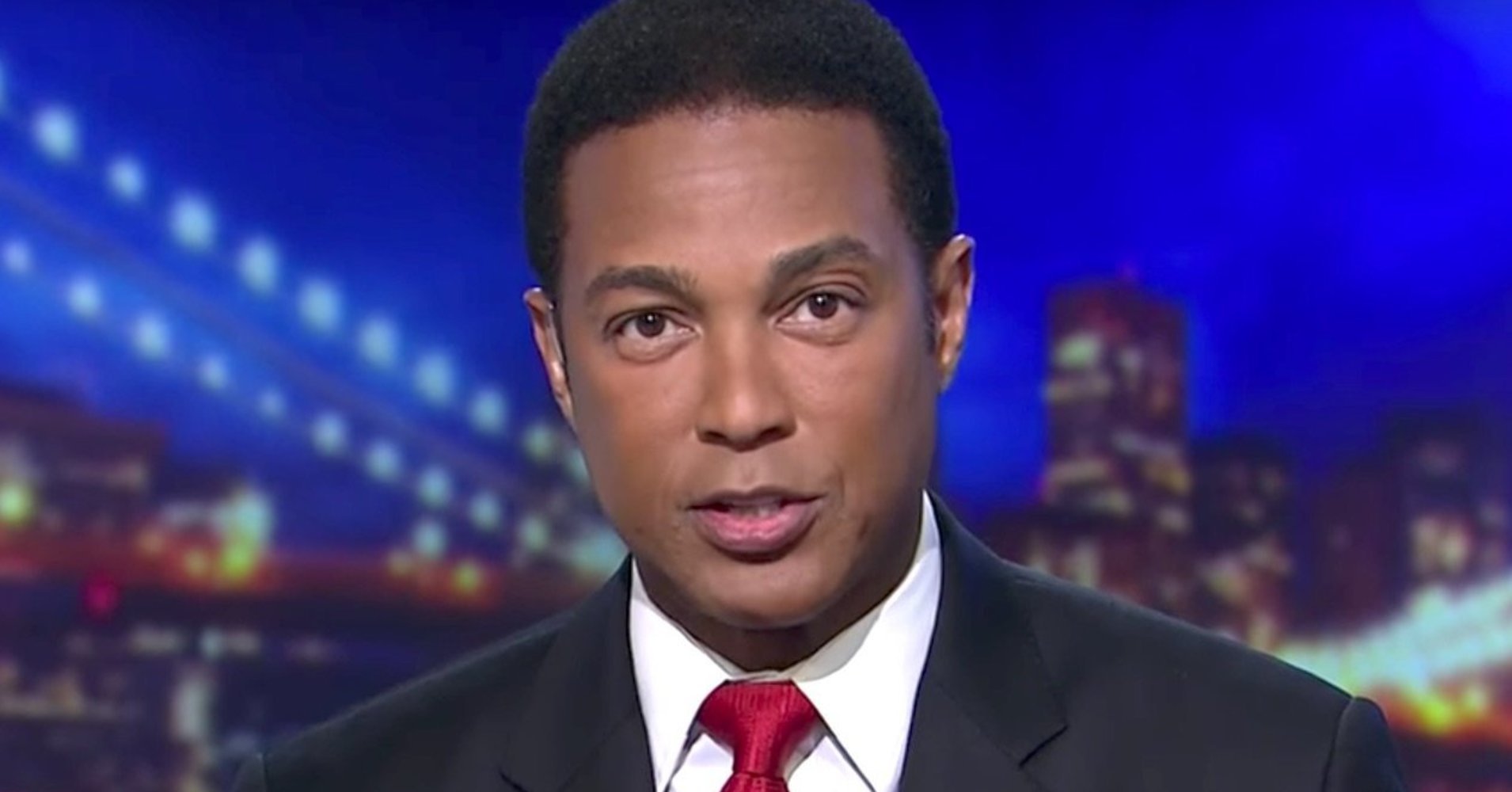 CNN anchor Don Lemon took major heat for his Monday comments saying that white male Americans are the “country’s biggest terror threat.” So on his Wednesday evening show, he decided to double down on them, this time providing statistics to back up his argument.

“Tonight I want to talk about some uncomfortable truth, the truth about who really carries out domestic terror attacks in this country,” Lemon said. “Earlier this week I made some comments about that in a conversation with Chris [Cuomo]. I said that the biggest terror threat in this country comes from radicals on the far right, primarily white men. That angered some people.”

Lemon then told his audience to “look at the cold hard facts:”

“The evidence is overwhelming,” he said. “A recent report from the Government Accountability Office shows that. Even though more people died in attacks connected to Islamic extremists, the vast majority of deadly attacks in this country from 2001 to 2016 were carried out by far-right violent extremists.”

Lemon’s facts are indisputable. It is true that most deadly attacks come from far-right violent extremists. But just as he and much of the liberal media has advocated against describing the attacks based on the perpetrator’s religious affiliation, it is wrong to classify them by the perpetrator’s skin color.

Just as the vast, vast majority of Muslims are non-violent, the vast, vast majority of white Americans and far-right Americans are non-violent. The use of identity politics and fear from either political party is wrong. While the liberal media rightfully calls it out when Republicans engage in the tactic, they fail to do so when Democrats do the same. This was one such occasion.