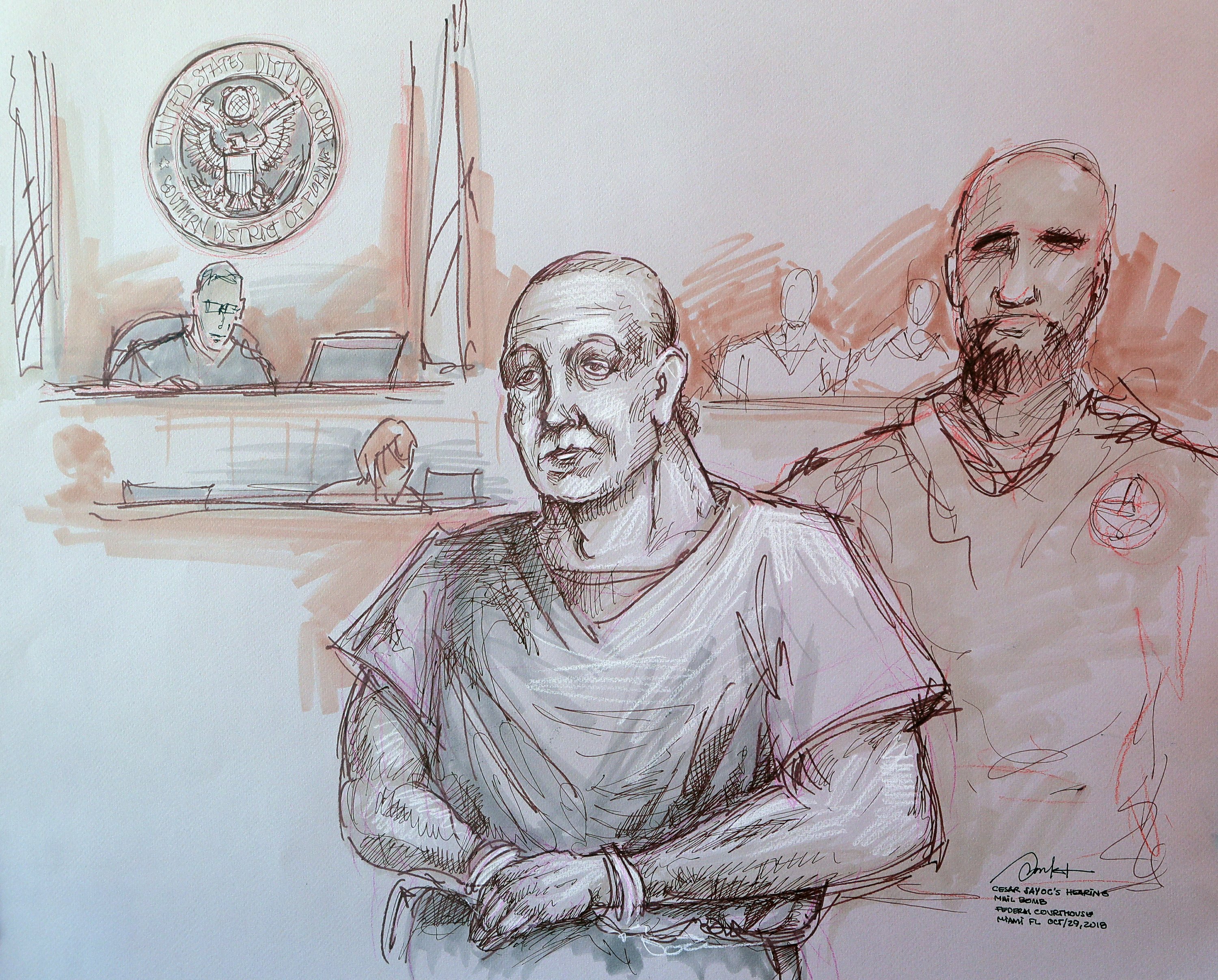 MIAMI — The Florida man accused of sending pipe bombs to prominent Democrats and critics of President Donald Trump is due in court for a bail hearing.

Federal prosecutors contend that 56-year-old Cesar Sayoc should remain jailed until trial, given the magnitude of the charges and the strong evidence against him. Sayoc is accused of sending 15 improvised explosive devices to numerous Democrats, Trump critics and media outlets.

None of the bombs exploded, and no one was injured. Still, Sayoc faces nearly 50 years in prison if convicted on five federal charges, which were filed in New York.

Friday’s hearing also will deal with when Sayoc should be moved from Miami to New York to be prosecuted. Several package bombs were found in New York as well as other locations.