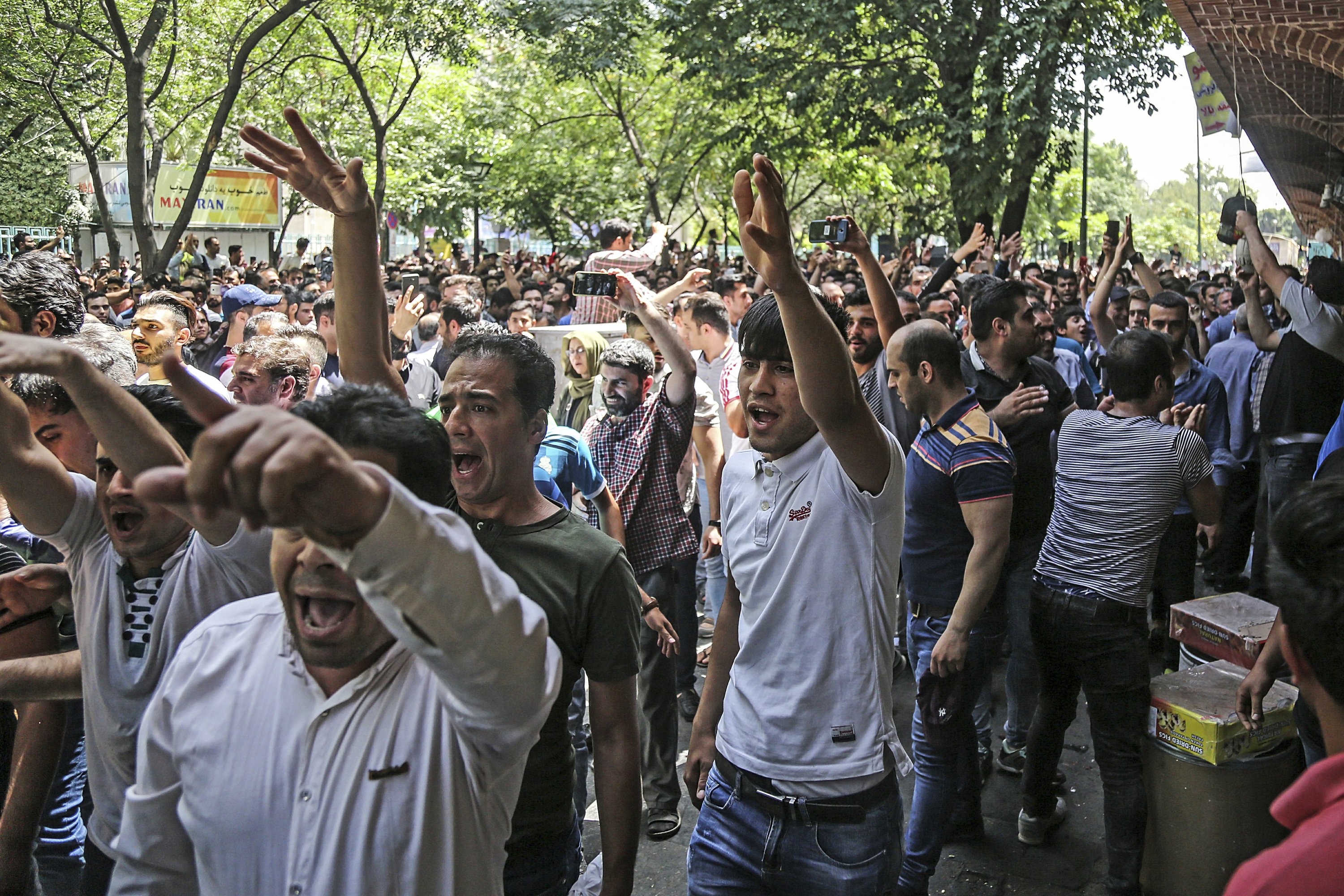 TEHRAN, Iran — Iran is bracing for the restoration of U.S. sanctions on its vital oil industry next week, as it grapples with an economic crisis that has sparked sporadic protests over rising prices, corruption and unemployment.

The oil sanctions, set to take effect on Monday, will target the country’s largest source of revenue in the most punishing action taken since the Trump administration withdrew from the 2015 nuclear agreement in May, and will also affect Iranian shipping and financial transactions.

The White House insists the sanctions are not aimed at toppling the Islamic Republic, but at forcing Iran to dramatically alter its policies in the region, including its support for militant groups across the Mideast and its development of ballistic missiles. The U.N. nuclear agency says Iran is complying with the nuclear deal.

The renewed sanctions have already taken a heavy toll, with the rial losing half its value since April and the prices of fruit, poultry, eggs and milk skyrocketing. Protests erupted across the country in December, with some demonstrators chanting against the government and clashing with police. Sporadic demonstrations have been held in recent months, including strikes by workers, teachers and truck drivers.

The nuclear accord struck under the Obama administration — and also signed by Britain, France, Germany, China and Russia — lifted crippling international sanctions in exchange for Iran curbing its nuclear program. Western countries had long suspected Iran’s nuclear program masked the covert pursuit of atomic weapons, allegations denied by Iran, which has always insisted its nuclear activities are for energy and other peaceful purposes.

After the agreement took effect in 2016, Iran began exporting its oil more freely and signed billion-dollar agreements with Airbus, Boeing and other Western firms. But the legacy of decades of sanctions and economic mismanagement remained, and the nuclear deal’s future was thrown into uncertainty with the election of President Donald Trump, who had repeatedly vowed to exit the deal and finally withdrew in May.

Starting Monday, the Trump administration has promised that companies that fail to comply with the sanctions will be barred from doing business in the U.S. Although Washington might grant waivers to countries like China and India, which are among the biggest importers of Iranian crude, the expectation is that the U.S. will demand substantial curbs on how much is imported.

In recent weeks, Iran’s President Hassan Rouhani had tried to reassure the public, saying the worst has already come to pass and that the government is working on ways to evade the new sanctions. But in a televised Cabinet meeting on Wednesday, he acknowledged that “the situation was hard for people in recent months, and it may be hard in the next several months, too.”

“The government will utilize its entire capabilities to alleviate the problems,” he added.

In an effort to circumvent the sanctions, Iran began selling some of its oil in an energy stock exchange on Sunday. Iran’s Oil Minister Bijan Zanganeh said 280,000 barrels were sold on the IRENEX exchange as of Wednesday and that 720,000 barrels will be provided later.

European countries, which remain committed to the nuclear deal, have discussed taking measures that would shield European companies from the U.S. sanctions and allow them to keep doing business in Iran. But thus far they have been unable to prevent an exodus of major firms, including Boeing and Airbus, which suspended the aircraft purchases. General Electric, Maersk, Peugeot, Renault, Siemens, and Total have also cancelled business deals in Iran, according to the Washington-based Atlantic Council.

Despite the unraveling of the nuclear deal, Iran is still complying with it, and appears to be waiting out Trump, hoping his successor rejoins the agreement.

In the meantime, the renewed sanctions risk further undermining Rouhani, a relative moderate, and strengthening hard-liners distrustful of the West, the International Crisis Group said in a report this week.

“The alternative to both sides taking a step back from the escalatory path is a sanctions regime that penalizes Iran and the Iranian people, but does not enhance peace and security in the region and could well lead to war.”