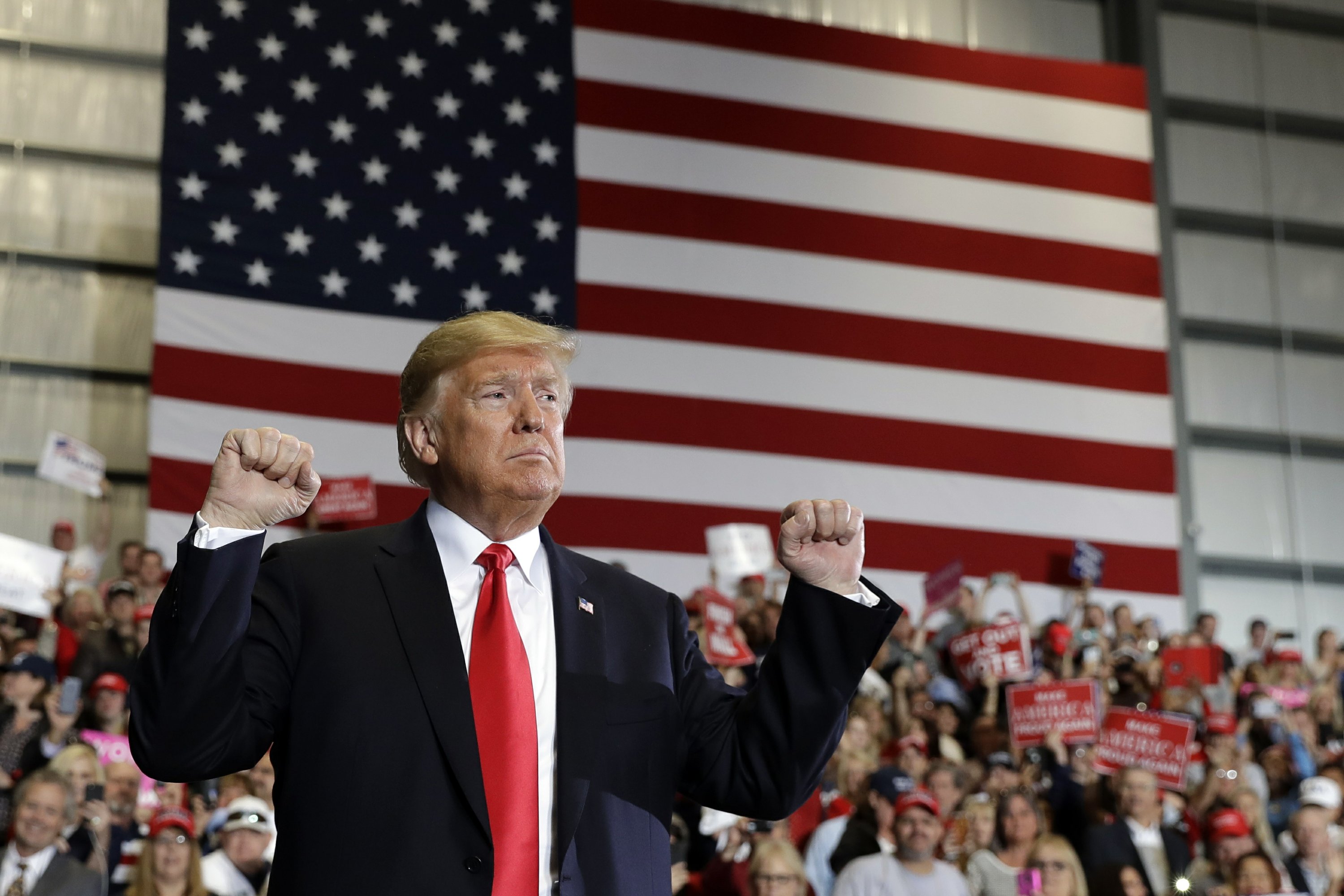 WASHINGTON — For Democrats, the midterm elections have been a beacon in the dark, a chance to re-emerge from the political wilderness and repudiate a president they view as a dangerous force.

But on the cusp of Tuesday’s vote , many Democrats are as anxious as they are hopeful.

Their memories from 2016, when they watched in disbelief as Donald Trump defied polls, expectations and political norms, are still fresh. And as Trump travels the country armed with a divisive and racially charged closing campaign message, the test for Democrats now feels at once similar and more urgent than it did two years ago: They failed to stop Trump then, what if they fall short again?

“Part of what’s at stake here is our ability to send a message that this is not who we are,” said Karen Finney, a Democratic consultant who worked on Hillary Clinton’s losing 2016 campaign.

This year, history is on Democrats’ side. The sitting president’s party often losing ground in the first midterm after winning office, and for much of 2018, voter enthusiasm and polling has favored Democrats as well.

Primary contests filled the Democratic roster with a new generation of candidates, including several minority candidates who could make history in their races. While the fight to regain control of the Senate, largely playing out in conservative states, may prove out of reach for Democrats, the party has been buoyed by its ability to run competitively in Republican-leaning states such as Texas and Tennessee.

Democrats’ focus is largely on snatching back the House and picking up governors’ seats in Florida, Wisconsin, Ohio and elsewhere. The party is also seeking redemption in the Midwest where Trump won over white, working-class voters who had backed Democrats for years. In Michigan, Ohio, Wisconsin and Pennsylvania, Democrats appear poised to regain ground.

Such victories would build momentum behind the party’s shift toward a new generation of candidates who are younger, more diverse, with greater numbers of women and more liberal than Democratic leadership. They would also signal that Trump’s hard-line positions on immigration and his penchant for personal attacks turn off more voters than they energize.

A good night for Democrats on Tuesday would provide a blueprint for how the party can successfully run against Trump in the 2020 presidential race. At least two dozen Democrats are waiting in the wings, eager to take Trump.

But the president has proved once again to be a powerful political force late in a campaign.

Even with his daily airing of grievances on Twitter and an approval rate below the average for his recent predecessors at this point, he has almost single-handedly put Republicans in a stronger position this fall. He’s aggressively appealed to his loyal, core supporters with a sharply anti-immigrant, nationalist message and by casting Democrats as outside the mainstream.

“A vote for any Democrat this November is a vote to really put extreme far left politicians in charge of Congress and to destroy your jobs, slash your incomes, undermine your safety and put illegal aliens before American citizens,” Trump said during a rally Saturday in Pensacola, Florida.

If Republicans hang on to control of Congress, Trump will almost certainly be emboldened. Democrats would be left with difficult questions about a path forward.

For example, how can Democrats assemble a winning coalition in 2020 if they fail to appeal to the moderate suburban voters who hold sway in the congressional districts that decide which party holds a House majority? And how will Democrats, if they fall short, sustain the energy from young people and women who have marched in protest of Trump, registered to vote and volunteered for the first time this election season.

“I’m concerned that if the election is not what we hoped for that people will say, ‘it’s too hard’ and become disengaged,” said Jennifer Palmieri, who served as Clinton’s communications director during the 2016 campaign.

As Americans participated in early voting this weekend, that same anxiety was palpable among some voters.

In Southern California, lifelong Democrat Theresa Hunter said she didn’t take Trump seriously in 2016. But she sees a chance for Democrats to render their judgment on the president by pushing his party out of power in a different branch of government.

“To see his party jump on board and march in lockstep is what’s terrifying,” said Hunter, a 65-year-old retired salesperson from Lake Forest, California.

A few hours north, California voter Lawrence Reh was casting his ballot. Afterward, his voice quivered and he wiped back tears as he voiced frustrations about Trump and his worries about the direction of the country.

“If we don’t make any progress in this election, I don’t know where we’ll go from here,” Reh said.