‘Everything’s at stake’ on eve of first Trump-era elections 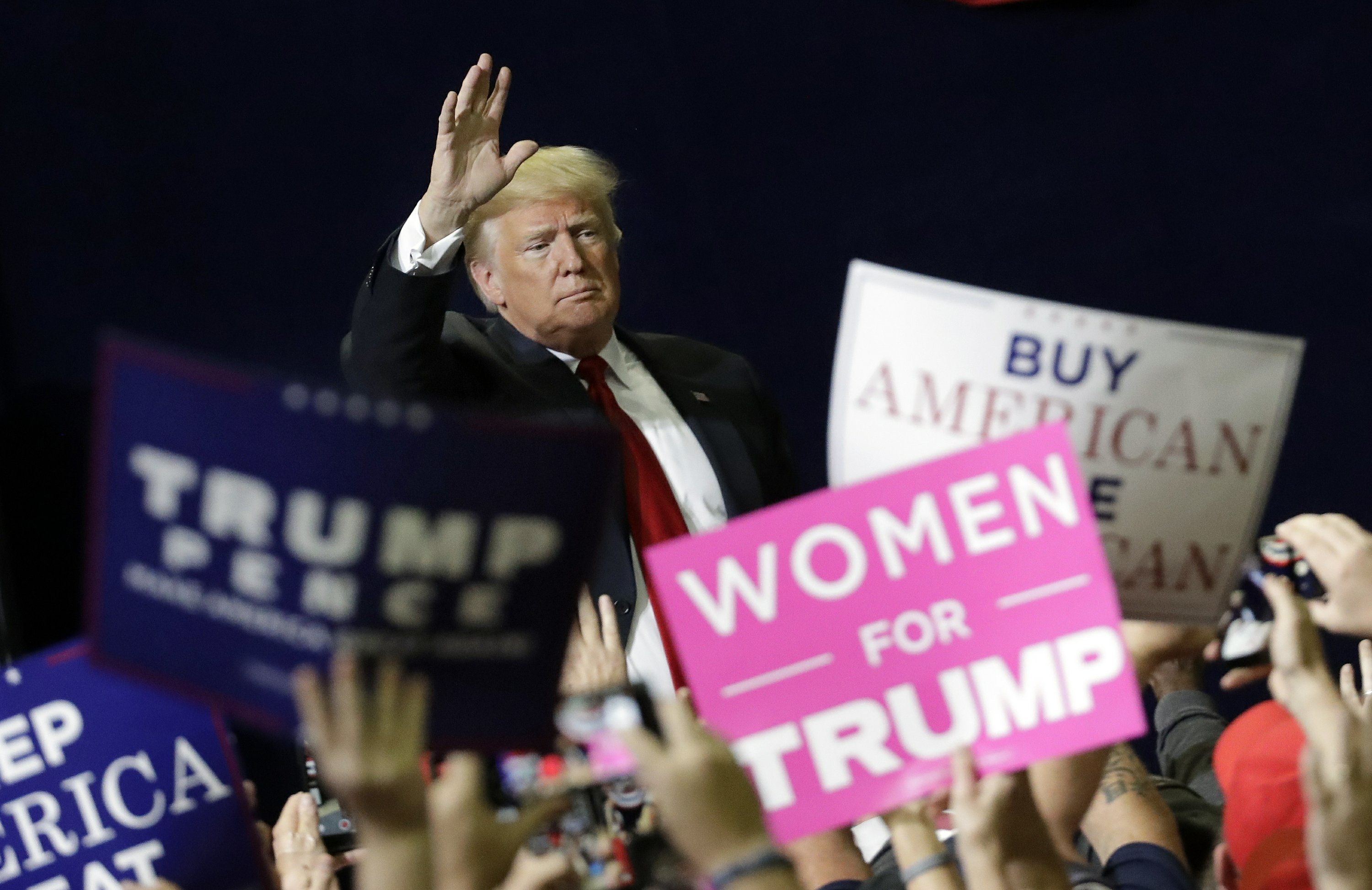 WASHINGTON — The day of reckoning for American politics has nearly arrived.

Voters on Tuesday will decide the $5 billion debate between President Donald Trump’s take-no-prisoner politics and the Democratic Party’s super-charged campaign to end the GOP’s monopoly in Washington and statehouses across the nation.

There are indications that an oft-discussed “blue wave” may help Democrats seize control of at least one chamber of Congress. But two years after an election that proved polls and prognosticators wrong, nothing is certain on the eve of the first nationwide elections of the Trump presidency.

“I don’t think there’s a Democrat in this country that doesn’t have a little angst left over from 2016 deep down,” said Stephanie Schriock, president of EMILY’s List, which spent more than ever before — nearly $60 million in all — to support Democratic women this campaign season.

“Everything matters and everything’s at stake,” Schriock said.

All 435 seats in the U.S. House are up for re-election. And 35 Senate seats are in play, as are almost 40 governorships and the balance of power in virtually every state legislature.

While he is not on the ballot, Trump himself has acknowledged that the 2018 midterms, above all, represent a referendum on his presidency.

Should Democrats win control of the House, as strategists in both parties suggest is likely, they could derail Trump’s legislative agenda for the next two years. Perhaps more importantly, they would also win subpoena power to investigate the president’s many personal and professional missteps.

Tuesday’s elections will also test the strength of a Trump-era political realignment defined by evolving divisions among voters by race, gender and especially education.

The political realignment, if there is one, could re-shape U.S. politics for a generation.

Just five years ago, the Republican National Committee reported that the GOP’s very survival depended upon attracting more minorities and women. Those voters have increasingly fled Trump’s Republican Party, turned off by his chaotic leadership style and xenophobic rhetoric. Blue-collar men, however, have embraced the unconventional president.

“What it means to be Republican is being rewritten as we speak,” Fleischer said. “Donald Trump has the pen, and his handwriting isn’t always very good.”

A nationwide poll released Sunday by NBC News and The Wall Street Journal details the depth of the demographic shifts.

Democrats hope to elect a record number of women to Congress. They are also poised to make history with the number of LGBT candidates and Muslims up and down the ballot.

Former President Barack Obama seized on the differences between the parties in a final-days scramble to motivate voters across the nation.

“One election won’t eliminate racism, sexism or homophobia,” Obama said during an appearance in Florida. “It’s not going to happen in one election. But it’ll be a start.”

With the walking caravan weeks away, Trump dispatched more than 5,000 troops to the region. The president also said soldiers would use lethal force against migrants who throw rocks, before later reversing himself.

Still, his xenophobic rhetoric has been unprecedented for an American president in the modern era: “Barbed wire used properly can be a beautiful sight,” Trump told voters in Montana.

The hyper-charged environment is expected to drive record turnout in some places, but on the eve of the election, it’s far from certain which side will show up in the greatest numbers.

The outcome is clouded by the dramatically different landscape between the House and Senate.

Democrats are most optimistic about the House, a sprawling battlefield extending from Alaska to Florida. Most top races, however, are set in America’s suburbs where more educated and affluent voters in both parties have soured on Trump’s turbulent presidency, despite the strength of the national economy.

Democrats need to pick up two dozen seats to claim the House majority.

“In this cycle, it seemed as if there was a disproportionately negative reaction among highly educated voters to Trump,” he said.

As a result, Bloomberg’s team poured money into otherwise overlooked suburban districts in states like Georgia, Washington state and Oklahoma because data revealed voters there were better-educated.

Democrats face a far more difficult challenge in the Senate, where they are almost exclusively on defense in rural states where Trump remains popular. Democratic Senate incumbents are up for re-election, for example, in North Dakota, West Virginia, and Montana — states Trump carried by 30 percentage points on average two years ago.

Democrats need to win two seats to claim the Senate majority, although most political operatives in both parties expect Republicans to add to their majority.

While Trump is prepared to claim victory if his party retains Senate control, at least one prominent ally fears that losing even one chamber of Congress could be disastrous.

“If they take back the House, he essentially will become a lame-duck president, and he won’t win re-election,” said Amy Kremer, a tea party activist who leads the group Women for Trump.

“They’ll do anything and everything they can to impeach him,” she said.

Indeed, powerful Democratic forces are already pushing for Trump’s impeachment, even if Democratic leaders aren’t ready to go that far.

Liberal activist Tom Steyer spent roughly $120 million this midterm season. Much of that has gone to boost turnout among younger voters, although he has produced a nationwide advertising campaign calling for Trump’s impeachment.

Steyer insisted that most Democrats agree.

By Election Day, both sides are expected to have spent more than $5 billion, according to the Center for Responsive Politics. The flood of campaign cash, a midterm record, has been overwhelmingly fueled by energy on the left.

Money aside, Steyer said he and concerned voters everywhere have invested their hearts and souls into the fight to punish Trump’s party.

“That’s what’s at stake: my heart and soul, along with everybody else’s,” he said.