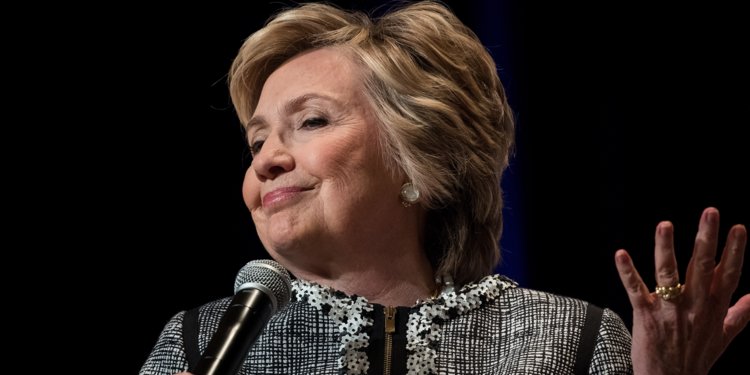 Former Secretary of State Hillary Clinton refused to rule out taking another run at the presidency in a recent interview with Recode’s Kara Swisher, who pressed her on the issue of whether she wanted to run again. Although Clinton stated “no” several times, her hesitancy led her to reveal, “Well, I’d like to be president.”

She refused to definitively rule out a run, stating, “I’m not even going to even think about it until we get through this Nov. 6 election. But I’m going to do everything in my power to make sure we have a Democrat in the White House come January of 2021.”

If she decides to run, this would be the third try at the presidency for Hillary Clinton. While she turned down offers to run in 2004, she formally ran in 2008 and 2016, losing to Barack Obama and Donald Trump, respectively.

It would not be unprecedented for a major Party candidate to run for president multiple times; however, in modern times only Richard Nixon and Democrat Adlai Stevenson II received their Party’s nomination a second time after losing the general election previously. Among modern presidents, Ronald Reagan is the only American to win the general election after multiple failed candidacies.

A new Hillary Clinton presidential campaign could hurt the Democrats and help the Republicans. The Democrats in 2020 will be looking for ways to distinguish themselves from Trump, and a Hillary nomination would make this task difficult. Trump could contrast his presidency with Obama’s, reminding the country that Hillary was a part of the Obama presidency that suffered through a stagnant economy and launched preemptive wars. If Democrats embraced a Clinton candidacy, it would be difficult for the party to argue that Trump lacks the character to occupy the White House, as Trump could easily remind Americans about the endless soap operas of the Clinton days.

Another challenge for the Democrats if Clinton runs, or even if she hints at running, is that she will take donor money and campaign staff from other candidates who need to build name recognition.

Swisher, who interviewed Clinton, interpreted Hillary’s words in a different way, tweeting that she believes Clinton merely wishes that she were president and not that she wants to run again.