Migrant caravan plans to push on toward Mexico’s capital 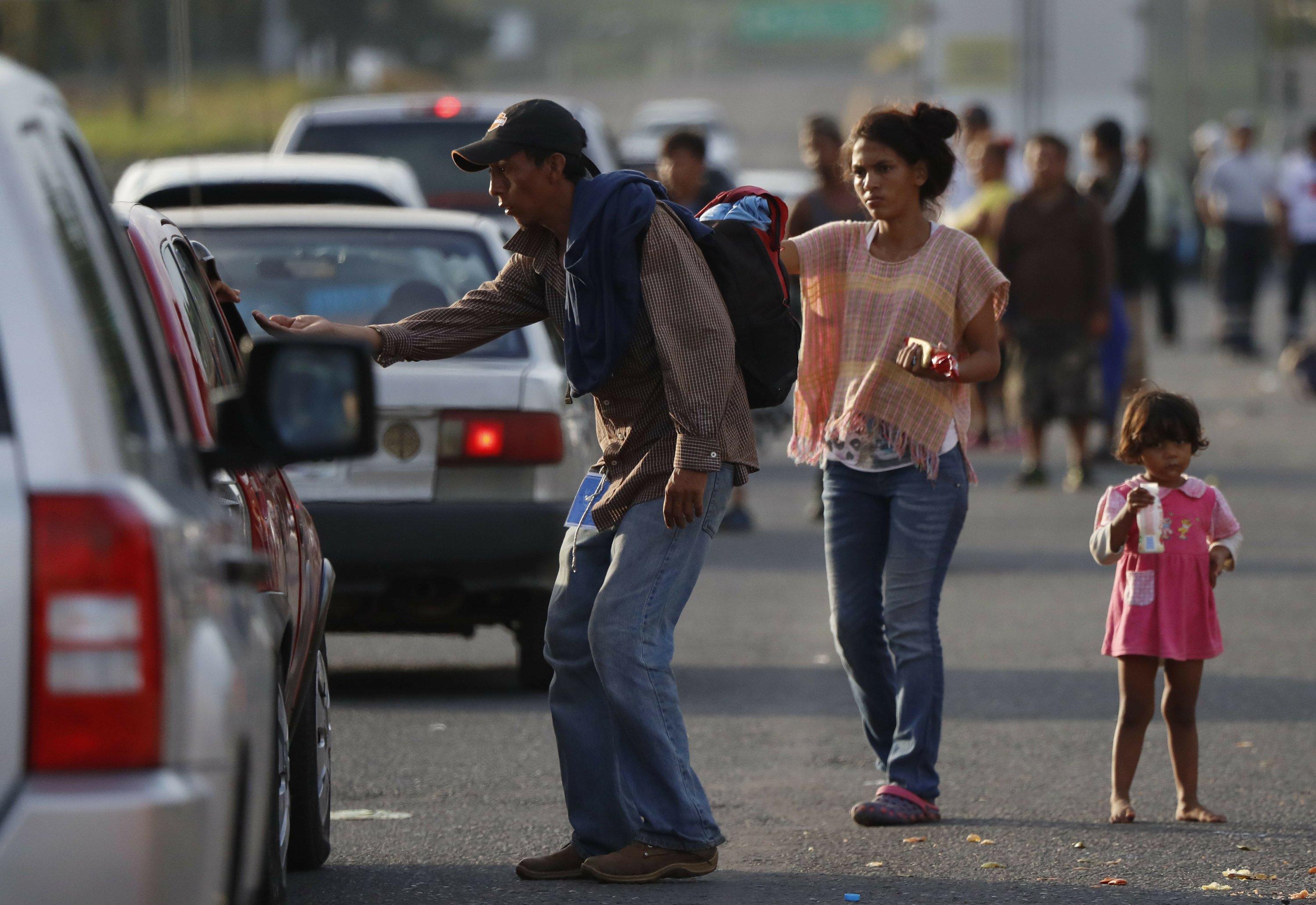 CORDOBA, Mexico — A big group of Central Americans has agreed to push toward Mexico City from a coastal state Monday, planning to exit a part of the country that has long been treacherous for migrants seeking to get to the United States.

In a thundering voice vote Sunday night at a gymnasium in Cordoba, about 1,000 members of a migrant caravan that has been moving northward through Mexico voted to try to get to the capital Monday by walking and hitching rides. Cordoba is 178 miles (286 kilometers) from the capital by the shortest route, which would be the group’s longest single-day journey yet since they began more than three weeks ago.

The vote came after weary caravan participants made it to Cordoba after a 124-mile (200-kilometer) trek through Veracruz, a state where hundreds of migrants have disappeared in recent years, falling prey to kidnappers looking for ransom payments. The estimated 4,000 migrants in Veracruz are still hundreds of miles from the nearest U.S. border point.

They hope to regroup in the Mexican capital, seeking medical care and rest while they await stragglers. The caravan has found strength in numbers as it meanders north, with townspeople coming out to offer food, water, fresh clothes and replacement footwear.

Joel Eduardo Espinar is determined to continue the arduous trek with his family.

While the bulk of the caravan streamed into Cordoba, a colonial era city in Veracruz’s sugar belt, to be greeted with Caribbean music and dance, some bleary eyed migrants forged ahead to Mexico City.

A few arrived at a large outdoor stadium in the capital, where they lounged on bleachers and watched locals play soccer. City employees piled hot food onto Styrofoam plates for the migrants, some of whom had hopped freight trucks to speed their arrival to the capital.

Farther back, other migrants who had moved out ahead of the main body rested at a church in Puebla, a city roughly midway between Cordoba and Mexico City.

It is unclear what part of the U.S. border the caravan will aim for eventually, or how many may splinter off on their own.

Most of the migrants said they remain convinced that traveling as a large mass is their best hope for reaching the U.S. The migrants generally say they are fleeing rampant poverty, gang violence and political instability primarily in the Central American countries of Honduras, Guatemala, El Salvador and Nicaragua.

“We think that it is better to continue together with the caravan. We are going to stay with it and respect the organizers,” said Luis Euseda, a 32-year-old from Tegucigalpa, Honduras, traveling with his wife, Jessica Fugon. “Others went ahead, maybe they have no goal, but we do have a goal and it is to arrive.”

Manuel Calderon, 43, a migrant from El Salvador, lifted his shirt to show scars from two bullets he said pierced his torso in his home country. He dreams of making it back to the U.S., from which he was deported a little more than two years ago.

On the road to Cordoba, Calderon was among those who got a helping hand from Mexicans. Catalina Munoz said she bought tortillas on credit to assemble tacos of beans, cheese and rice when she heard the migrant caravan would pass through her tiny town of 3,000 inhabitants. She gathered 15 others to help make the tacos, fill water bottles and carry fruit to exhausted migrants passing down the road.

Mexico faces the unprecedented situation of having three migrant caravans stretched over 300 miles (500 kilometers) of highway in the states of Chiapas, Oaxaca and Veracruz. The largest group was the first to enter Mexico, and it has been followed by a group of about 1,000 that crossed over from Guatemala last week and a second of about the same size that waded over the Suchiate River on Friday.

Mexico’s Interior Ministry estimated over the weekend that there are more than 5,000 migrants in total currently moving through southern Mexico via the caravans or in smaller groups. The ministry said 2,793 migrants have applied for refugee status in Mexico in recent weeks and around 500 have asked for assistance to return to their home countries.

President Donald Trump has ordered U.S. troops to the Mexican border in response to the caravans, with more than 7,000 active duty troops earmarked to deploy to Texas, Arizona and California. Trump plans to sign an order that could lead to the large-scale detention of migrants crossing the southern border and bar anyone caught crossing illegally from claiming asylum.