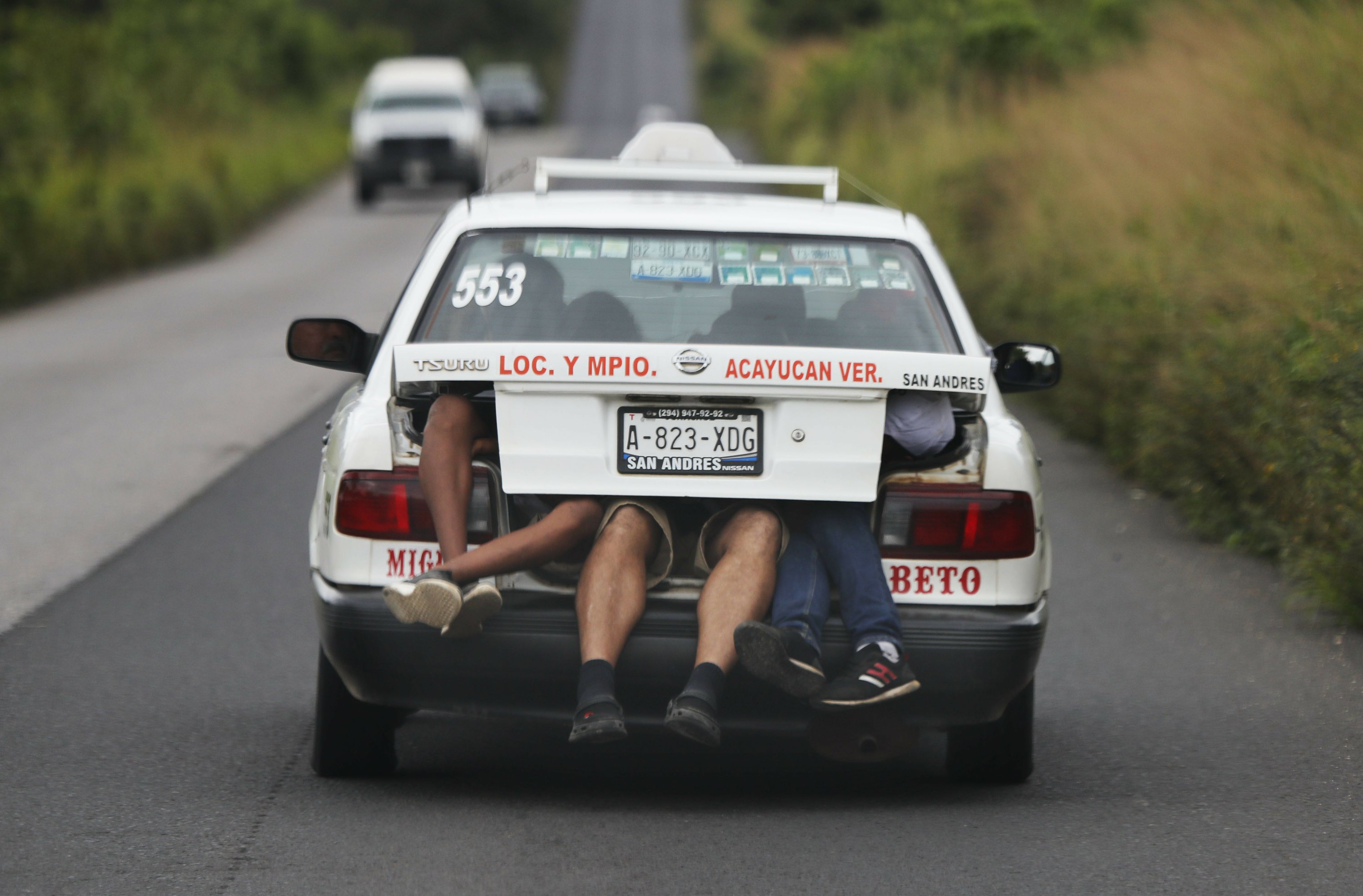 ISLA, Mexico — A 4,000-strong caravan of Central American migrants traveling through Mexico split up into several groups with one spending the night in a town in the coastal state of Veracruz and other migrants continuing toward the country’s capital.

The divisions came during a tense day in which tempers flared and some migrants argued with caravan organizers and criticized Mexican officials. They were upset that Veracruz Gov. Miguel Angel Yunes had reneged on an offer late Friday to provide buses on Saturday to leapfrog the migrants to Mexico City.

The migrants trekked to the town of Isla, about 700 miles (1,126 kilometers) south of the U.S. border, where several thousand stopped to rest, eat and receive medical attention. They planned to spend the night there before departing at 5 a.m. Sunday en route to the town of Cordoba.

But other migrants, mainly men and the younger members of the group, kept on walking or hitching rides toward Puebla and Mexico City. They hunkered down for the night in Juan Rodriguez Clara or Tierra Blanca farther along the route.

“We think that it is better to continue together with the caravan. We are going to stay with it and respect the organizers,” Luis Euseda, a 32-year-old from Tegucigalpa, Honduras who is traveling with his wife Jessica Fugon, said in Isla. “Others went ahead, maybe they have no goal, but we do have a goal and it is to arrive.”

Joel Eduardo Espinar is determined to continue the arduous trek with his family.

Caravan organizers have pleaded for buses in recent days after three weeks on the road, hitching rides and walking. With the group scattered, some have raised questions about whether the caravan would stick together.

In a statement, the migrants lambasted Mexican officials for directing them northward through the Gulf Coast state of Veracruz, calling it the “route of death.” A trek via the sugar fields and fruit groves of Veracruz takes them through a state where hundreds of migrants have disappeared in recent years, falling prey to kidnappers looking for ransom payments.

Authorities in Veracruz said in September they had discovered remains from at least 174 people buried in clandestine graves. Some security experts have questioned whether those bodies belonged to migrants.

Gerardo Perez, a 20-year-old migrant, said he was tired. “They’re playing with our dignity. If you could have only seen the people’s happiness last night when they told us that we were going by bus and today we’re not,” he said.

The caravan’s “strength in numbers” strategy has enabled them to mobilize support as they move through Mexico and has inspired subsequent migrants to try their luck via caravan.

Mexico faces the unprecedented situation of having three caravans stretched over 300 miles (500 kilometers) of highway in the states of Chiapas, Oaxaca and Veracruz, with a total of more than 6,000 migrants.

On Friday, a caravan from El Salvador waded over the Suchiate River into Mexico, bringing 1,000 to 1,500 people who want to reach the U.S. border.

That caravan initially tried to cross the bridge between Guatemala and Mexico, but Mexican authorities told them they would have to show passports and visas and enter in groups of 50 for processing.

Another caravan, also of about 1,000 to 1,500 people, entered Mexico earlier this week and is now in Chiapas. That group includes Hondurans, Salvadorans and some Guatemalans.

Mexican officials appear conflicted over whether to help or hinder their journeys.

Immigration agents and police have at times detained migrants in the smaller caravans. But several mayors have rolled out the welcome mat for migrants who reached their towns – arranging for food and camp sites.

Mexico’s Interior Department says nearly 3,000 of the migrants in the first caravan have applied for refuge in Mexico and hundreds more have returned home.

With or without the government’s help, uncertainty awaits.

President Donald Trump has ordered U.S. troops to the Mexican border in response to the caravans. More than 7,000 active duty troops have been told to deploy to Texas, Arizona and California ahead of the midterm elections.

He plans to sign an order next week that could lead to the large-scale detention of migrants crossing the southern border and bar anyone caught crossing illegally from claiming asylum.