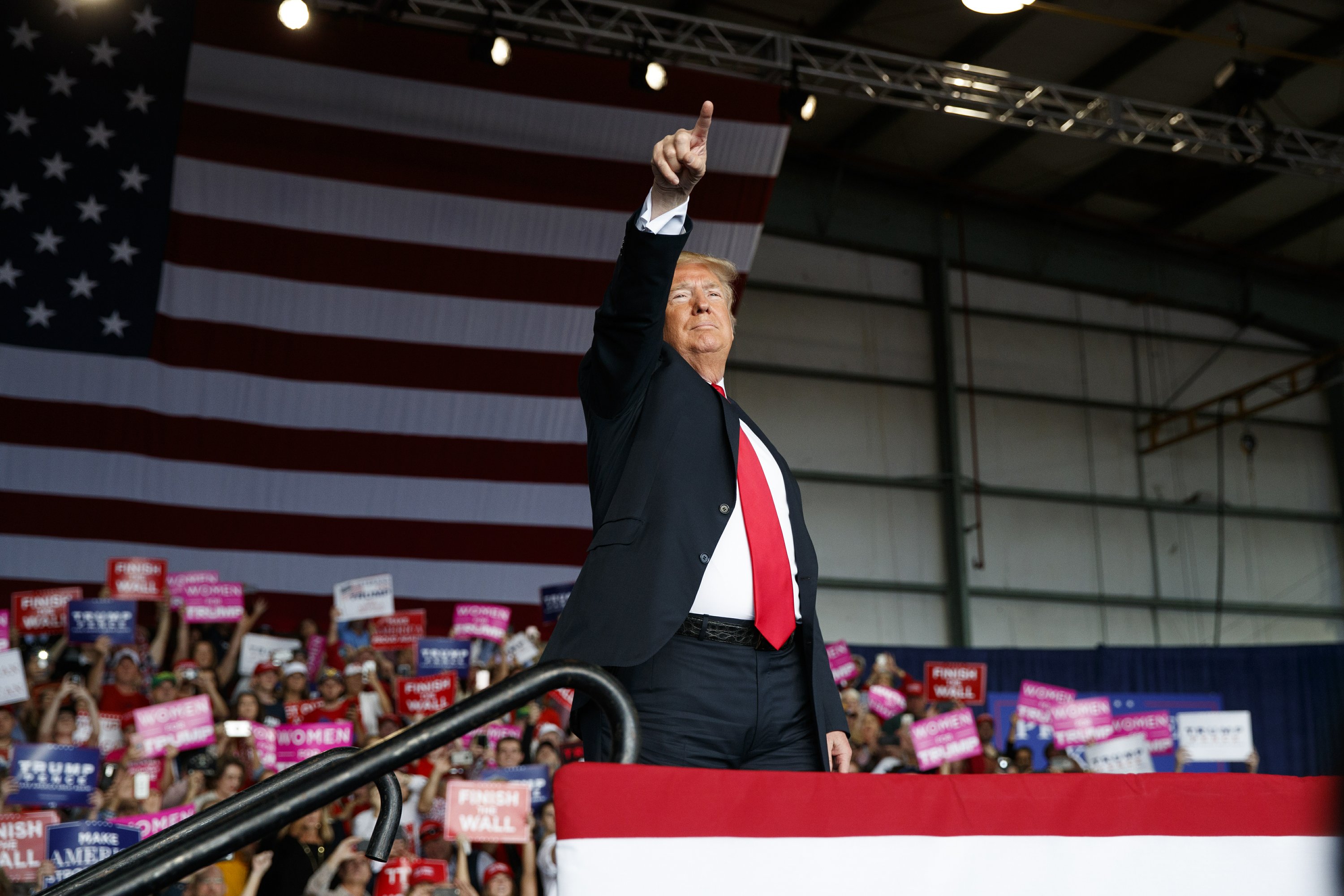 MACON, Ga. — President Donald Trump appeared to distance himself from the fate of House Republican candidates Sunday as he devotes his final two days before Tuesday’s midterm elections to helping Senate and gubernatorial candidates.

Speaking to reporters as he left the White House en route to get-out-the-vote rallies in Georgia and Tennessee on Sunday, Trump said Republican enthusiasm is higher than he’s ever seen — but he seemed to dampen expectations for his party in the House.

The comments mark the starkest indication that Trump has grown less optimistic about the GOP’s chances of retaining control of the House, where Republicans face greater headwinds than in the Senate. And they came as Trump’s travels in the closing stretch before midterms that could profoundly change his presidency are largely taking him to traditionally Republican states to campaign on behalf of statewide candidates.

The president’s closing argument to voters was on stark display Sunday as he seeks to motivate complacent Republican voters to the polls by stoking fears about the prospects of Democratic control.

“You want to see Georgia prosperity end?” Trump told the rally crowd in Macon, Georgia. “Vote for the Democrat.” Trump’s remarks included ominous references to the “Antifa” far-left-leaning militant groups and a migrant caravan marching toward the U.S.-Mexico border that he has called an “invasion.”

Appearing before thousands in an overflowing aircraft hangar in Macon for Republican gubernatorial candidate Brian Kemp, Trump declared, “There’s electricity in the air like I haven’t seen since ’16.”

“This is a very important election,” he added. “I wouldn’t say it’s as important as ’16, but it’s right up there.”

Trump told reporters before boarding Air Force One that “tremendous crowds” were already awaiting him in both states. He said that enthusiasm was off the charts, though polls have shown Democrats to have an enthusiasm edge.

Trump also pushed back on the idea that the election was a referendum on his presidency and that Democrats reclaiming the House would be a rebuke of him and his policies.

“No, I don’t view this as for myself,” Trump said, before making the case that his campaigning has “made a big difference” in a handful of Senate races across the country.

“I think I’ve made a difference of five or six or seven. That’s a big difference,” he said, crediting his rallies for the influence.

In an interview with The Associated Press last month, Trump said he would not accept blame for a GOP defeat at the polls.

“These rallies are the best thing we’ve done. I think that the rallies have really been the thing that’s caused this whole big fervor to start and to continue,” he said.

Trump has had a busy campaign schedule in the final stretch of the race, with 11 rallies over six days — including two planned Sunday and three Monday in Ohio, Indiana and Missouri.

In the final stretch Trump has brought out special guests to join him on the campaign trail. In Georgia he introduced former University of Georgia football Coach Vince Dooley to address the crowd of supporters.

Trump plans to spend Election Day conducting get-out-the-vote interviews with local media at the White House, where he is set to watch returns come in.