Win or lose, Cruz and O’Rourke may remain political forces 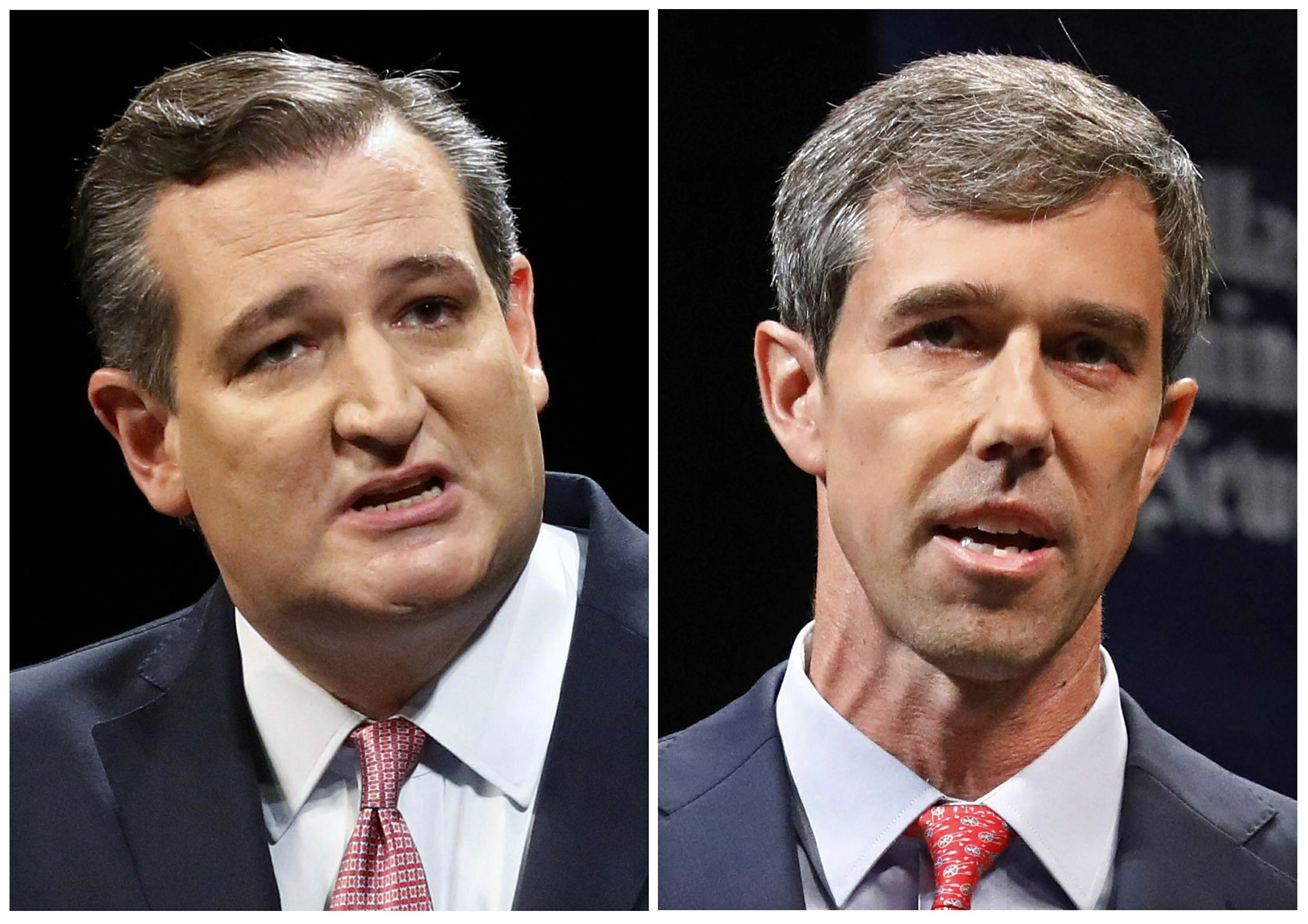 Around Labor Day, when polls showed onetime punk rocker O’Rourke closing in on flipping a Senate seat in the country’s largest Republican-dominated state, speculation abounded that O’Rourke could be a 2020 presidential hopeful.

Political observers have suggested an upset, or even a close loss, could catapult O’Rourke to national prominence, allowing for the same transformation from longshot to national political star that he’d already undergone in his home state.

O’Rourke shrugged off such talk and, as it turned out, he probably peaked then. Polls now show Cruz with a consistent, if modest, lead.

But that doesn’t diminish O’Rourke’s rise from virtual unknown outside his remote hometown of El Paso to one of this election’s most talked-about national figures. He shattered Senate race fundraising records with donations from supporters across the country, fueling optimism about his potential staying power outside Texas.

“Talent and charisma translate,” said Texas Democratic strategist Matt Angle, adding he’d rather see O’Rourke bolster the Texas Democratic Party’s future than look nationally. But he also said the idea that politicians have to wait their turn to move up the ranks died with President Donald Trump’s emergence, meaning O’Rourke’s rise can resonate beyond this race.

“The notion of waiting in line is going away,” Angle said. “There’s an understanding that, in both parties, there is a vacuum at the top for somebody to really step into a leadership role.”

Cruz, meanwhile, finished second in the 2016 Republican presidential primary and has made no secret about wanting to try again post-Trump. He could do that from the Senate, but since he has built his entire career around presidential aspirations, even a stunning and potentially humiliating defeat wouldn’t necessarily derail those.

“If you lose with your honor intact, able to build a national donor file and email list, get millions of dollars in earned media, then you become a bit of a commodity,” said Republican strategist Brendan Steinhauser, who ran Texas Sen. John Cornyn’s successful 2014 re-election campaign. “People often pay you to speak. You write a book. You go on a tour. You start a PAC. You support candidates and causes, and it actually elevates your profile.”

Turning lesser-race losses into White House campaign success isn’t new. Jimmy Carter lost Georgia’s Democratic gubernatorial primary in 1966 but eventually recovered to win the post four years later and the White House six years after that. Richard Nixon lost the 1960 presidential race, then ran unsuccessfully for governor of California two years later, but captured the White House in 1968. The best example might be former Sen. Rick Santorum, who lost his 2006 Senate re-election bid in Pennsylvania by 18 points only to finish second in the 2012 Republican presidential primary.

Leaving politics temporarily also has allowed top Democrats and Republicans to become TV commentators, keeping them in the spotlight without having to explain unpopular votes or actions taken in office. After losing the 2008 Republican presidential primary, ex-Arkansas Gov. Mike Huckabee used his own Fox News show to keep his name in the headlines prior to launching a 2016 White House bid. A similar path might give Cruz the chance to define where he fits in a future GOP no longer defined by Trump, while O’Rourke could further boost his beyond-Texas bonafides.

Rory McShane, a Las Vegas-based Republican media consultant who has clients in seven states this cycle, said it would likely be O’Rourke, not Cruz, wondering about his immediate future after Election Day — but that it doesn’t have to be a career-ender.

“I think that what Beto has that almost no other Democrat in the country right now has is this ability to appeal, at least in some way, to blue-collar, rural Democrats,” McShane said.

O’Rourke’s message of bipartisan optimism and willingness to visit deeply conservative corners of Texas where Democrats rarely venture helped him draw large crowds, not unlike Trump in 2016.

McShane said even a losing O’Rourke could do something like head the Democratic National Committee: “That is a position where he can be on television every night, where he can maintain his relationship with donors and build new relationships.”

In the meantime, Cruz has poked fun at suggestions O’Rourke could be a future presidential contender, gleefully tweeting results from a recent CNN poll showing O’Rourke in eighth place among possible 2020 Democratic White House candidates.

Cruz himself began preparing for his 2016 presidential run as soon as he got to the Senate and has generally been non-committal when asked if he’ll finish his full term should he win on Election Day. O’Rourke says he’ll stay all six years and, as for running for president, “It’s a definitive no.”

But he wouldn’t be the first to change his mind. If it comes to that.